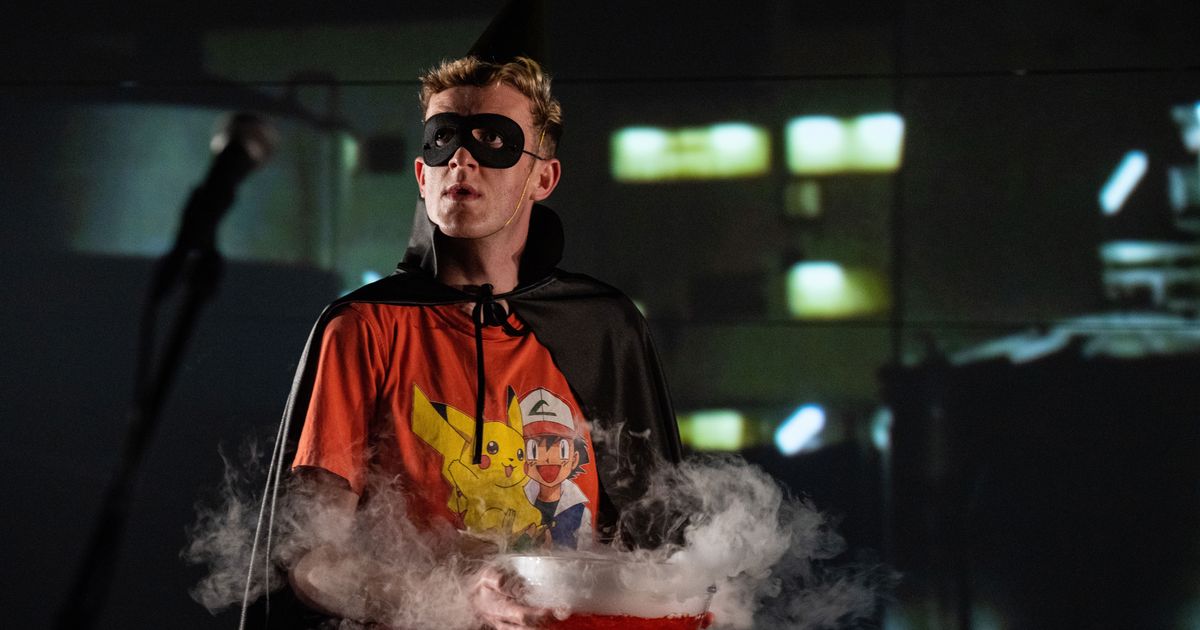 Helen Shaw has been writing about and for New York theater since 2005 new York since 2019.

As we passed the hour mark and saw Édouard Louis muttering in French to a chair, the room fell into deep despair. I have never seen a performance so intent on subduing its audience and so effectively freezing a room into a somber, silent darkness. The performance text (single line, tightly kerned) by Who killed my father is only 14 pages long; even the source material, a quick polemic by Louis, does not span 100 pages. But he needs more than 90 minutes for his performance, thanks to the painstaking creation of this neck-to-toe mood: he pauses between every whispered line, gives us shy looks, fingers his hair, falls into melancholic reverie.

Whatand I say this with concern the hell. Why didn’t anyone stop Louis or his director, Thomas Ostermeier, when the project froze into this? It was of course Ostermeier’s job to notice the wreck, as he is the celebrated theater director and Louis is the (internationally renowned author and) amateur actor. But nobody seems to have seen clearly. The two previously worked beautifully together when Ostermeier adapted another of Louis’ memoirs, history of violence, Laurenz Laufenberg to play Louis. Cutting the mediator was a mistake; When it comes to performance, the magic is in the middleman. Here, only together, they amplify their worst traits — Louis is an awkward nonperformer, and he makes Ostermeier’s usual bag of tricks (mics, video backdrops, dance pauses) seem routine and manipulative, while the elegant image-maker Ostermeier makes Louis … insufferable.

Louis has been a respected author and public intellectual since his early 20’s. His three blockbuster books deal with the rise of French right-wing nationalism and the mutual evils of poverty and masculinity cultures, as well as homophobia, racism and his experiences with abuse. In Who killed my father, He talks about his father’s health, who was ruined first by an accident at a factory, then by diabetes and high cholesterol, and then by dragging his shattered spine back into the workforce.

Both the book and monologue adaptations begin with a reference to Ruth Wilson Gilmore’s definition of racism as subjecting some populations to “premature death.” Written as if addressing his father, the text traces a series of -isms responsible for his untimely death: the machismo that led Louis’ father to choose a “male” job , instead of the softening of further schooling, the neoliberalism that would not let him rest even after his injury. Louis also knows certain people who made these back-to-work guidelines, so he names them. Sarkozy. Hollande. He hangs their pictures on a clothesline and throws exploding hats at them.

However, these literal fireworks only come in the last, relatively short segment of the piece. Long before that, Louis speaks somberly into one of several microphones on stage – either directly to us or to an empty, spotlight-lit chair representing his father. The content is harrowing as it continues through the demise of the father and the way the hateful man of his childhood was broken and softened by pain. But Ostermeier’s show flips the script from pathos to bathos. In a steady tone punctuated by silence, Louis recounts pathetic memories of his youth, including an incident in which he deliberately picks a fight to punish his mother for calling his apparent idiosyncrasy “disgusting.” The back wall of the stage fills with moody projections, either a dashcam view of foggy highways or desaturated photos of Louis’ hometown of Hallencourt, taken when the stubble in the fields looked like blackened teeth. Well, that’s straight out of Cliché 101, specifically the “pathetic error” class. Why do they have to underscore and accentuate Louis’ sadness in this clumsy way? Moisture is good! fog is good! Stubble in a field is perfectly natural.

Speaking of cliché, between spoken sections, Louis lip-syncs to the songs he loved as a boy—first, Aqua’s “Barbie Girl.”” later Britney Spears “…Baby One More Time” — as he rages across the stage. In doing so, he explicitly draws a line from his father’s inhibitions to his current freedom. He meditates on the few glimpses he saw of his father’s younger days; an image of the supposedly hypermasculine worker in drag indicates a relationship that has never been discovered. The lines become clearer. His father lived and died in a gray town and never visited the nearby sea, says Louis. Finally, a black and white video clip plays on the wall of Édouard dancing in the surf in slow motion. Got it?

It’s not appealing, this posthumous use of a human. “Do as a raison d’être”, his father allegedly said to him at the very end, accepting his revolutionary policies. “You’re right.” Now Édouard Louis will repeat this confirmation show after show, tour stop after tour stop. It sounds – despite its open anger at French politicians – like the core act of revenge here.

On the page, in the book, this moral shadow is only hinted at. The reading takes place in the eternal present, so many of these statements feel fresh in the book version, captured by a spirit still seething with sadness and anger. Also, a reader’s inner voice conveys Louis’ own pain better than he could as an actor. He’s not an actor, so he has few tools to access or mimic his emotions in performance. repeating these thoughts over and over has made them sound stale, fake, and forced. Perhaps Louis’ many hesitations, rendered absurd by their length and distinct atmosphere of Big Sad, exist in order for him to find the poignancy he felt as he sat down to write. However, it is another fallacy. The longer you wait for emotions to kick in, the more it ebbs away, away, away.

Who killed my father is at St. Ann’s Warehouse until June 5th.

Sign in to receive new York‘s week in reviews.