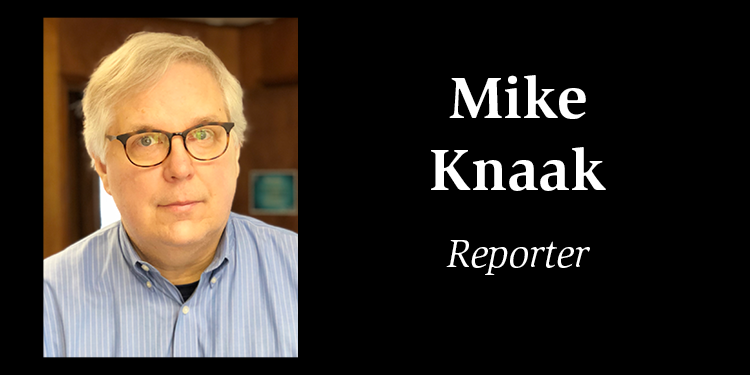 Some of you probably remember Richard Nixon. And many of you voted for him. Fifty years later, you might even admit you did it. That was the last time a Republican won the Minnesota presidency. In the past 66 years, Nixon’s 1972 victory was the only one for a Republican candidate.

Still, Minnesota has a color problem. Minnesota’s color problem stems from three of my favorite subjects – journalism, politics, and maps.

Let’s start with journalism. National reporters keep calling Minnesota a purple state and comparing us to Michigan. Perhaps the East Coast-centric journalists are confusing the two states. Both names start with M, both are well past the last subway stop in the Midwest, the weather is cold and snowy, both have beautiful lakes and forests, both border the Great Lakes and the Edmund Fitzgerald drove from a Duluth/ Superior Dock to Detroit when it sank.

Former Governor Tim Pawlenty was the last Republican to win a statewide race. Since 2006, the score in the statewide race: DFL 30, GOP 1. That’s a far cry from a red wave and barely a purple ripple.

Referring to the DFL run, Pawlenty told the StarTribune, “If you haven’t made a sale with your product in more than 15 years, it’s about time you got a better product, better marketing, or both.”

During his two successful races, Walz advertised with the slogan “One Minnesota”. It’s not real. A look at a few cards shows why.

If we look at maps of the national congressional districts—blue for Democrat seats, red for Republican seats—Minnesota appears red. But zoom in and the viewer finds four of Minnesota’s eight congressional districts that are represented by Democrats. These four districts are grouped around the densely populated Twin Cities, where most Minnesotans live. Congressional districts are drawn to represent people, not country, because country doesn’t vote, people do. A lot of sparsely populated land is needed to balance these dense metropolitan areas. The Seventh Circuit, represented by Republican Michelle Fischbach, is a good example. The sprawling Seventh encompasses the western third of the state, from the Canadian border to one county north of the Iowa border. After the 2020 census, planners need to add more people to balance with other growing counties like the Sixth. To accommodate more people, the district’s boundary in Stearns County continued east to include St. Stephen and the northern half of St. Wendel Parish.

Another map shows Minnesota very red at first. A closer look contradicts the notion of One Minnesota, as does the purple state designation. After the Nov. 8 election, the StarTribune produced a map showing how Walz and Scott Jensen fared in each of Minnesota’s 4,103 counties. Looking across the state, there is a red sea (districts Jensen won) surrounding the bluer Twin Cities. But if you zoom in, you’ll see blue islands not only in the Twin Cities, but also in St. Cloud, Rochester, Mankato, Moorhead, and Duluth. Some of these blue districts are very blue, with Walz winning between 70 and 80 percent of the vote. St. Cloud tipped 70 percent to waltz with some counties. Portions of St. Joseph also favored Walz, but the Sartell-St. Stephen’s area appears deep red.

Pawlenty, the former governor, summed it up in the StarTribune interview: “Minnesota is clearly not a red state — or even a purple state. If so, the path would be easy for Republicans. The red or purple playbooks usually don’t work in blue states.”

In future elections, Republicans will continue to win sprawling rural counties, but Democrats will dominate in urban areas. Beyond the metro area and a handful of outer cities, it will be difficult for any Republican to win statewide for one simple reason — there are fewer voters in conservative areas of the state. While Walz promotes One Minnesota, there are clearly two very different Minnesotas.