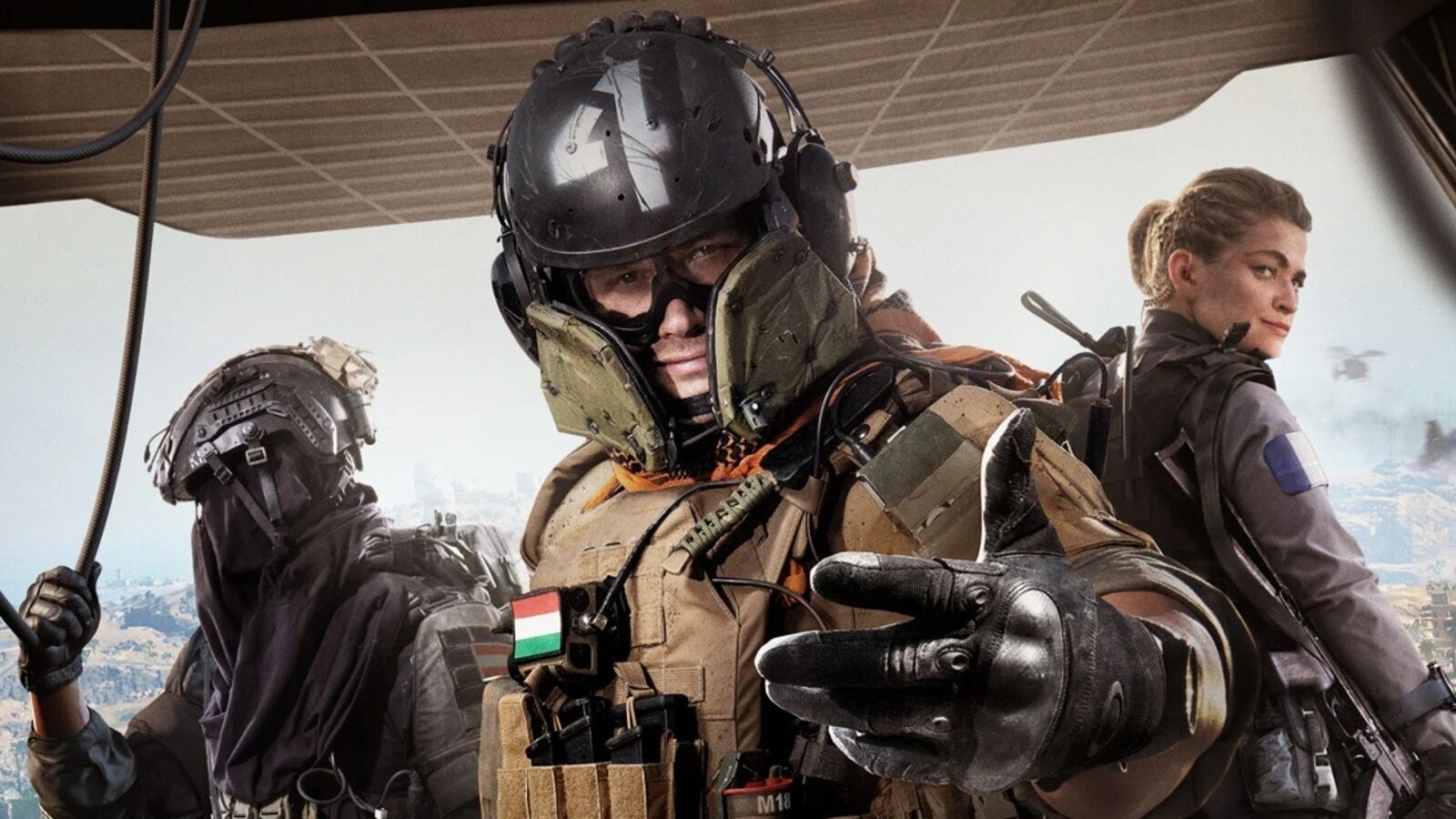 There are a lot of people who are fed up with battle royales by now, but I’m not one of them. Without teenage reaction speed or endless free time to indulge in the “grid gud,” battle royales’ run-and-gun approach levels the playing field; I’d rather lose a fight over crappy loot and bad luck than succumb to someone who managed to unlock a fancy gadget because they spent 1000 more hours in the game than I did.

When the dust settled around Battle of the Battle Royales, Apex Legends was the last thing that stood for me, and — like many of us with jobs and kids — I just didn’t have the time to berate the rest of them, too . Consequently, while I enjoyed my time with Call of Duty’s first toe dip in battle royale waters, Blackout, I’ve spent just enough time with Warzone to know that I didn’t enjoy it quite as much as apex and left it there. No offense Infinity Ward; It’s not you, it’s me.

However, the problem with being a new – or even lapsed – player is that it’s impossible to know when the best time to return is. Occasionally I’d poke my head over the hedge for a sneak peek – and it looked good there! – But surely it was too late now? I didn’t recognize the card. I didn’t know where people were camped, or where the flick was coming from, or where the prime loot appeared. I didn’t know the shortcuts that would help me escape the closing circle (or three; Warzone 2.0 bucks the trend and can offer multiple sanctuaries, making the scramble for the final zone all the more dramatic). Apex Legends’ shrink zone, for example, is pretty forgiving, meaning you can sometimes use it to a tactical advantage when you’re getting into a fight. However, Warzone 2.0’s gas cloud isn’t, and I’ve only learned that the hard way.

However, comes a second bite in the cherry with Warzone Two-Point-Oh. With the alien sandscapes of the new Al Mazrah map and a refreshed Gulag system – oh man, how bad I can feel bad about this place even with a partner by my side now – it might feel like the perfect time to to jump back into… well, if you can make peace with the server instabilities anyway.

Warzone 2.0, which shares so much of its DNA with Modern Warfare 2, will likely feel more familiar to COD players than those of Battle Royale, and the few weeks head start some have had to get used to MW2’s gunplay and progression system , will undoubtedly occur practically here. For me, as someone who hasn’t spent much time with MW2, the learning curve has been sharper and longer, not least because looting Warzone feels oddly sluggish – and perhaps less intuitive – than not only its predecessor but also its peers .

I’ve never resisted the feeling that Warzone’s new backpack system is slowing me down. Not only does it take ages to open your bag and thumb through it, but slowly looting the corpse of a downed enemy is more precarious than ever, thanks to the never-ending threat of a possible third-party attack and the endless interference of items near – or on top of – what makes it insanely complicated to grab the one thing you want. I’m also frustrated that my operator decides for himself what’s in my best interest and what’s not, as it only auto-collects ammo for weapons I currently have. If you’re collecting extra ammo for a target loadout (and aren’t we always?), you’ll need to pick it up manually.

Speaking of loadouts, one of Warzone’s more unique features, the loadout system, has also been tweaked. While previously you could save your favorite weapons and perks as a Loadout and unlock them via a Buy Station – which of course instantly increases your chances – now this will be harder than ever. Warzone 2.0’s Buy Stations are much more economical. So if you want to access everything, including your perks, you’ll need to battle it out for one of the rare loadout drops or take on a Stronghold… if another team hasn’t already beat you to it, of course.

As a result, by moving away from loadout dependency, IW had to revamp floor loot and bolster weapon variety. Yes, it improved the meta – the killcam no longer shows me being executed by the same two guns over and over again – but it also makes the shooting (and your survival) a lot less predictable, as you’re forced to pick up and experiment with weapons you may have chosen to ignore.

All battle royales try to shake up the formula a bit to make it stand out – Fortnite has buildings, Apex Legends has special abilities, Fall Guys has adorably murderous jellybeans – and for Warzone that USP is its gulag system and lobby size welcoming you A staggering 150 players per lobby: 50 percent more than most other BR titles. Al Mazrah is big enough for that – you’d think with 150 people you’d be bouncing endlessly from one firefight to the next, but with 18 POIs that’s not the case; Combat is intense (the de facto time-to-kill is down by a third) but infrequent – and some locations will feel delightfully familiar to those who’ve spent time in the multiplayer lobbies of old COD games .

The problem is, broken down further into squad preferences – quads, duos, third-person trios, and “unhinged” trios (where you can recruit enemies and expand your squad) – having 150 people on one server at once seems quite a to be a big question, and when I wasn’t sitting around on the main home screen waiting for more players, I was waiting for servers to appear in the pre-lobby. So if you’re new or even a little rusty and getting out of games sooner rather than later, that’s a lot of hanging around, which is especially frustrating when your game time is limited.

And then there’s proximity chat. Aside from being female and allergic to coming out as such in a multiplayer lobby at the best of times…well, what value does that add? Aside from indicating when enemy players are in your immediate vicinity, for us it just stifled the opportunity to discuss tactics with your team (and crack the inevitable “jokes”; it’s amazing how many non-English -Speakers know the words “sandwich” and “kitchen”). After half an hour of listening to other people’s horrible music, kids screaming and eating snacks – have we all forgotten that the PS5’s DualSense has a built-in microphone?! – I turned off the feature. I don’t plan on ever turning it back on either.

Most egregiously, the servers remain pathetically unstable even a week after launch. For example, yesterday my Battle Pass summarily reset all of my progress—locking me out of the loot, loadouts, and operators I had previously unlocked—and some lobbies are lagging beyond play. I’ve also been on the wrong end of this invisibility bug, getting mowed down by invisible players (which is very unfair as I barely have time to react to the ones I have can see).

And of course it’s the last problem that hurts the most. Bugs, glitches, and server issues are now so commonplace in triple-A launches – free-to-play or otherwise – that it’s difficult to bother investing your time and resources into a game that is so unstable, you can be blocked by your own equipment at any time. My guess is that in a couple of weeks, when casual players are gone and the servers are less stressed, Warzone 2.0 – which has no doubt improved on Warzone’s impressive fundamentals – will regain its confidence. The question is: are you willing to wait?