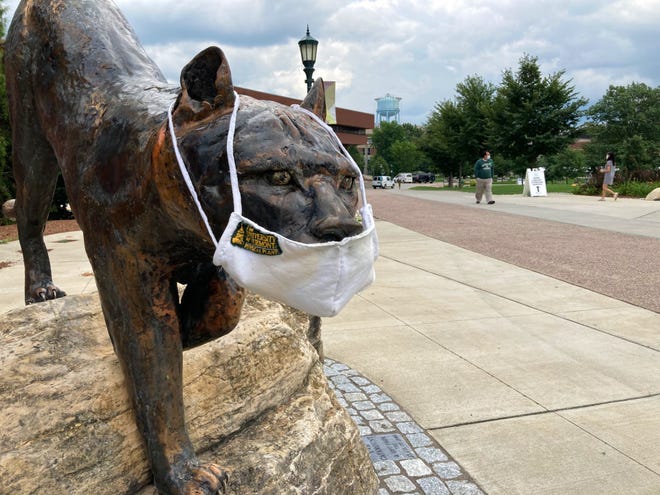 New coronavirus cases rose 5.1% in Vermont in the week ended Sunday as the state added 2,372 cases. In the previous week there were 2,257 new cases of the virus that causes COVID-19.

Vermont ranked fourth among the states with the fastest spread of the coronavirus per person, according to a USA TODAY Network analysis of data from Johns Hopkins University. Last week, coronavirus cases in the United States rose 21.4% from the previous week, with 605,127 cases reported. Home to 0.19% of the country’s population, Vermont has had 0.39% of the country’s cases over the past week. Across the country, 47 states had more cases in the last week than the week before.

Chittenden County reported 593 cases and one death in the last week. A week earlier it had reported 697 cases and zero deaths. 34,629 cases and 175 deaths have been reported during the pandemic.

Franklin County reported 105 cases and zero deaths over the past week. A week earlier it had reported 130 cases and one death. 10,325 cases and 67 deaths have been reported during the pandemic.

Lamoille County reported 40 cases and zero deaths over the past week. A week earlier it had reported 32 cases and one death. 3,964 cases and 17 deaths have been reported during the pandemic.

Vermont ranked 4th among states for the proportion of individuals who received at least one vaccination, with 93.5% of its residents being at least partially vaccinated. The national rate is 77.7%, a USA TODAY analysis of CDC data shows. The Pfizer and Moderna vaccines, which are most commonly used in the United States, require two doses given a few weeks apart.

Across Vermont, cases fell in four counties, with the best falls in Chittenden County, with 593 cases down from 697 a week earlier; in Windsor County with 167 cases of 193; and in Franklin County with 105 cases out of 130.

A total of 128,471 people in Vermont have tested positive for the coronavirus since the pandemic began, and 648 people have died from the disease, data from Johns Hopkins University shows. In the United States, 82,468,606 people tested positive and 999,602 people died.

The USA TODAY Network is publishing localized versions of this story on its news sites across the country, compiled using data from Johns Hopkins University and the Centers for Disease Control. If you have any questions about the data or the story, contact Mike Stucka at [email protected]