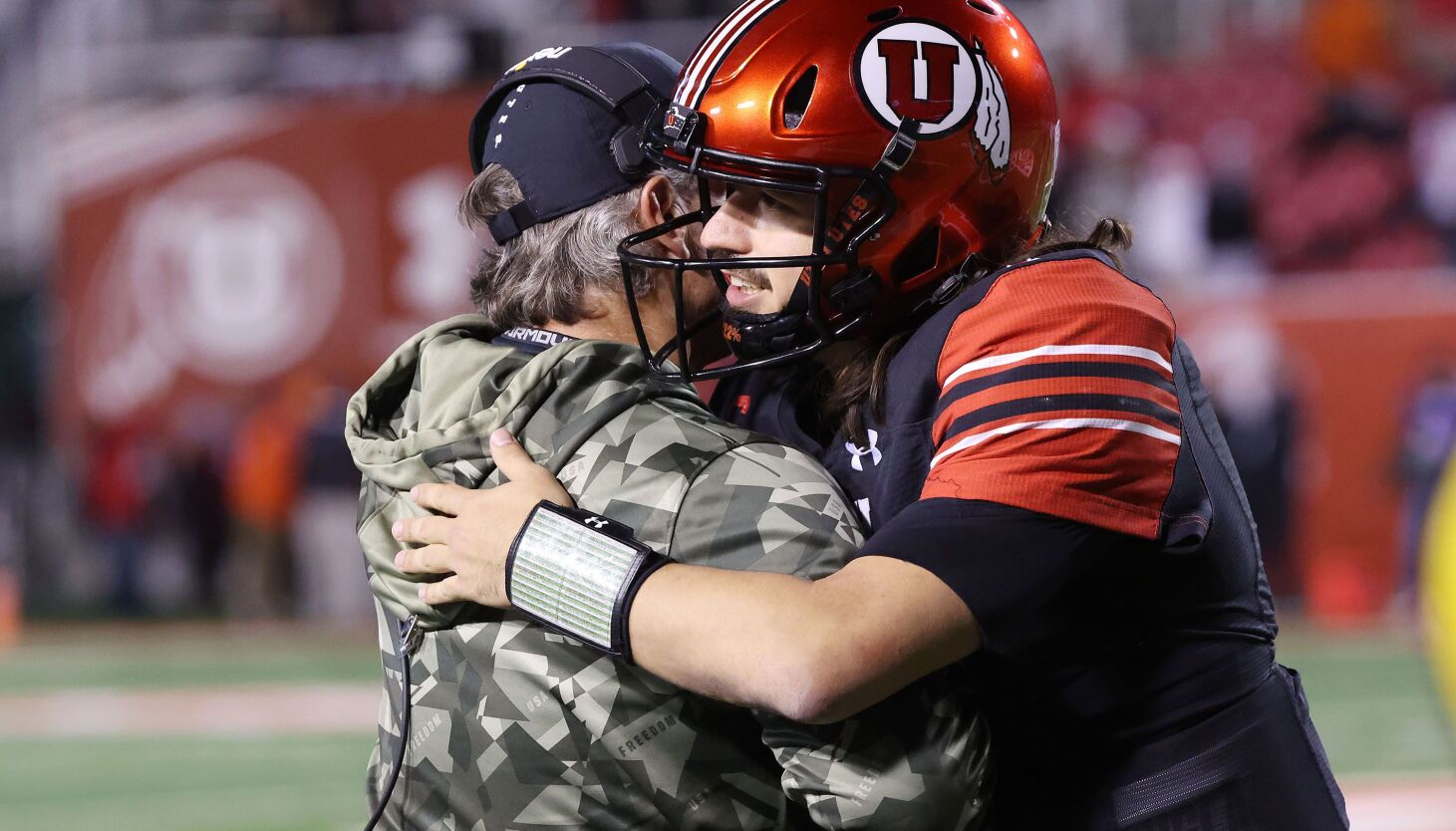 This article first appeared in the Ute Insider Newsletter. Sign up to receive the newsletter in your inbox every Wednesday evening.

Utah suffered a tough 20-17 loss at Autzen Stadium in Oregon on Saturday.

As the Utes prepare to wrap up the regular season in Colorado, maybe it’s time to think about things to be grateful for.

The last time Utah played Colorado in 2020 was during the pandemic, and no fans were allowed to watch the game in person on a snowy, cold day at Folsom Field in Boulder.

This season, fans have flocked to see college football in person.

Recently, Utes linebacker Karene Reid expressed her gratitude for the opportunity to play with his brother Gabe, who transferred from Stanford to Utah. Gabe Reid led the Utes in tackles against Oregon by eight.

“It was amazing. I can’t believe it’s almost done. It was so great I lost track of time,” said Karene Reid. “When I see him doing plays, it’s like I’m doing it. I am very happy for him and his success. I’ve seen him work since we were little. To see that pay off for him was incredible.”

“I couldn’t be prouder, happier and more grateful for our employees. They’re a bunch of excellent football coaches,” he said. “They are coaches who care more about their players than just the football field. They take care of her in every aspect of her life. If the players know you care about them, they will play hard for you.”

The Utah basketball team narrowly defeated Georgia Tech in the opening round of the Fort Myers tip-off in Florida. The Utes rose 19 points early only to see that lead evaporate.

“We deserve it. It was a rollercoaster ride of a game. We pretty much saw everything from both teams in that game,” said coach Craig Smith. “What a great start. I thought we had a good ending, but not so well in between. But there were a lot of really good things from tonight.”

3: Interceptions thrown by Utah quarterback Cam Rising against Oregon after only throwing four all season prior to this game.

The game was a bit chaotic everywhere. What struck me most was Cam’s poor play. I don’t see him as appropriate anywhere in the NFL. Out of selfishness, I hope he sees the need to improve things for another year and *maybe* get a chance in the future. Next: two games I don’t care about – Colorado and a bowl game other than the Rose Bowl. Kyle did a great job getting us all up to the level where our mindsets are at the conference championship and the Rose Bowl – which *should* be our focus. Dear Whit and the coaching staff and team. We just fell short this year.

Thank you Whit for going to the Rose Bowl last year. That was fun!!

Which NFL Team Would Want Rising? He looked terrible last night. He’s not consistent in his pass. He’s a tough kid and going well, but that’s not the NFL game.

How ridiculous we are on the Kicking Team. We can’t kick a field goal.