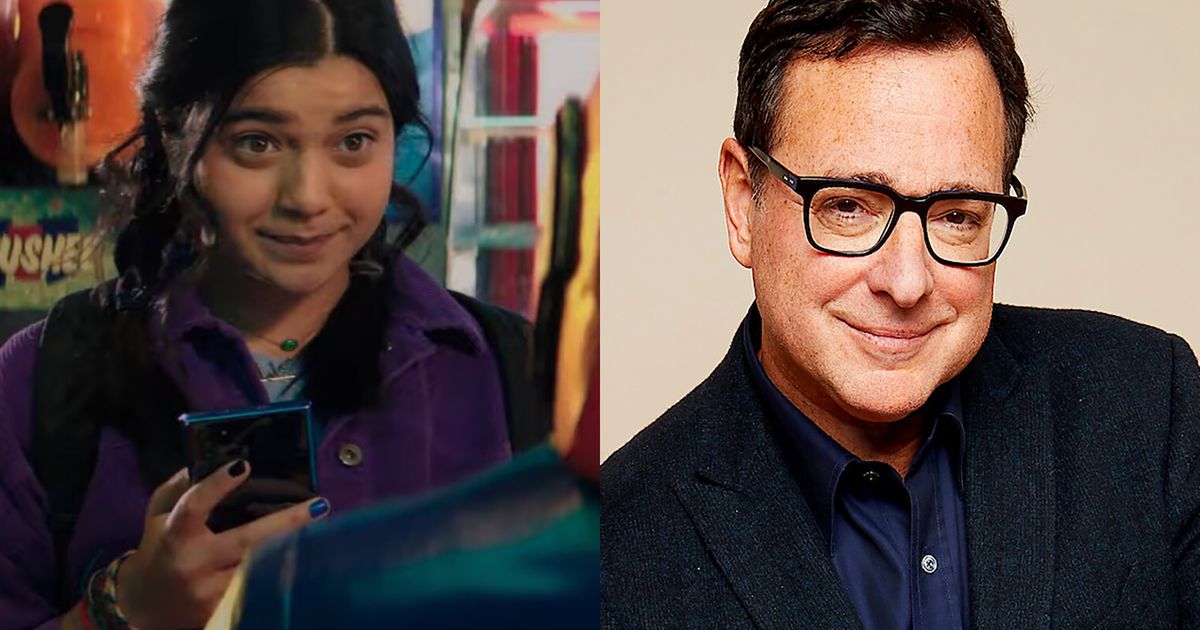 This is valid from Monday 6th June to Sunday 12th June.

“Bill Burr Presents: Friends Who Kill” 3:01 pm Netflix — Bill Burr is curating a showcase of some of the best stand-up comedians working today.

“American Ninja Warrior” 8 p.m. NBC (Debut Season 14) — The new season kicks off with Qualifiers in San Antonio as ninjas from across the country tackle the world’s most challenging obstacle course.

“The Family Chantel” 8 p.m. TLC (Debut Season 4) — After five years of marriage, Chantel and Pedro are going through a tough time. The only thing they can agree on is that they need to take serious steps to save their love.

“Roswell, New Mexico” 8 PM CW (Debut Season 4) – With Jones’ threat at our backs, we find in a peaceful Roswell that Liz (Jeanine Mason) is busy teaching while Max (Nathan Dean) assists his ex-partner in a series of bank robberies.

“In the Dark” 9 PM CW (Debut Season 4) – Murphy (Perry Mattfeld) has a hard time adjusting to life in prison as unexpected dangers arise.

“Irma Vep” 9 p.m. HBO (New Series) — Mira (Alicia Vikander) is an American film star, disillusioned with her career and a recent breakup, who comes to France to star as “Irma Vep” in a remake of the French silent film classic Les Vampires.

“Breeder” 10pm FX — A devastated Paul is forced by his new boss to cut funding.

“All Rise” 8 PM OWN (Season 3 Debut) – OWN picked up the show after CBS canceled it.

“Tom Swift” 9 p.m. CW — Tom discovers that an important part of the mission to save his father takes place on the compound of a family enemy.

“TMZ Presents Johnny vs. Amber: From Love to Hate” 9:01 p.m. Fox – A look back at the celebrity trial that captivated many across the nation.

“Maya’s MC” 10pm FX — A proposed alliance promises to return the MC to its former glory.

“Baby Fever” 3:01 Netflix – In this romantic comedy, a fertility doctor who intoxicatedly inseminates herself with her ex-boyfriend’s sperm tries to win him back after her pregnancy.

Keep Sweet: Pray and Obey 3:01 Netflix (New Series) — This documentary explores the rise of Warren Jeffs in the fundamentalist Church of Jesus Christ of Latter-day Saints and his shocking criminal case.

“MS. Marvel” 3:01 p.m. Disney+ (New Series) – Kamala is an imaginative superhero fan, especially when it comes to Captain Marvel; Kamala feels like she doesn’t fit in at school and sometimes even at home until she gets superpowers like the heroes she looked up to.

“Hustle” 3:01 a.m. Netflix — After an unlucky basketball scout (Adam Sandler) discovers an exceptional player abroad, he brings the phenomenon back without his team’s consent.

“The Janes” 9 p.m. HBO — The documentary looks at the arrest of seven women who were part of a secret network. Using code names, blindfolds, and safe houses, they built an underground service for women seeking safe, affordable, illegal abortions, calling themselves Jane.

“Kung Fu” 9 p.m. CW — When Russell Tan is about to make his last move, Nicky takes all the help she can get to stop him before it’s too late.

“Amsterdam” 3:01 p.m. HBO Max — The story of Nadia and Martín trying to break into the art scene of La Condensa, a cosmopolitan neighborhood in Mexico City where tradition meets mainstream, modern and bohemian lifestyles.

“Girls5Eva” 3:01 Peacock (Season 2 finale) — A third season has not yet been announced.

“Alone” 9 p.m. story — As the Labrador winter approaches, the participants divide their time between building permanent shelters and gathering food.

“Brat Loves Judy” 9 PM WE (Season 2 Debut) — Brat focuses on her new music while Judy struggles as her business grows bigger than ever.

“Boundless” 12:01 AM Amazon Prime (New Limited Series) — This is the story of the first boat trip around the world. Magellan and Elcano embarked on a journey to establish new trade routes. In 1519, 239 sailors started the voyage. Three years later, only 18 returned.

“The Essex Serpent” 00:01 Apple TV+ (Season One Finale) — Luke is processing the incident. Cora has a realization. Will struggles with Stella’s illness.

“Now and Then” 00:01 Apple TV+ — Pedro faces a dilemma about his political future. Sofia reaches a breaking point. Flora’s methods are questioned.

“Physical” 00:01 Apple TV+ — Sheila is confronted when she performs an aerobics demonstration. Danny leads a group of young environmental activists.

“First Kill” 3:01 Netflix (New Series) — Falling in love is difficult for teenagers Juliette and Calliope: one is a vampire, the other a vampire hunter — and both are ready to make their first kill.

“Trees of Peace” 3:01 am Netflix — Four women from diverse backgrounds forge an unbreakable sisterhood while trapped and hidden during the Rwandan genocide.

Peaky Blinders 3:01 Netflix (Series Finale) — Tommy heads to North America, where the end of Prohibition opens up new opportunities. But he faces a new threat from an old opponent who’s finally making his move.

“Charmed” 8 p.m. CW (Season 4 finale) — The crew discovers that the cabal of enemies banding together to bring down the Power of Three are actually working for an ancient evil that has lain dormant since the dawn of magic.

“Amy Schumer’s Parental Advisory” 3:01 pm Saturday Netflix — Schumer welcomes her favorite comedians to the stage in this special about family life, from the pressures of parenthood to the joys of remarriage.

“The 75th Annual Tony Awards” 8 p.m. Sunday CBS, Paramount+ — The ceremony will be held at Radio City Music Hall in New York City and will be hosted by Ariana DeBose.

“Gaslit” 8pm Sunday Starz (Season One Finale) — Martha and John are trying to enjoy their new life away from politics, but Martha is having trouble moving away from what happened to her in California.

“The Real Housewives of Atlanta” Sunday 8 p.m. Bravo — Marlo collects the pieces of Sheree’s broken heart with fashion, food and friendship; Another friendship falls apart after Sanya disinvites Drew from a photoshoot.

“Becoming Elizabeth” 9:04 p.m. Sunday Starz (new series) – Follow Elizabeth Tudor, an orphaned teenager who becomes involved in the political and sexual politics of the English court on her journey to secure the crown.

“Barry” 9 p.m. Sunday HBO (Season 3 finale) — The episode title is “Starting Now,” but HBO has no description of the episode.

“Watergate: Blueprint for a Scandal” 10 p.m. Sunday CNN — With the bombastic revelation of Nixon’s tape recording system in the White House, a battle over the tapes begins that will eventually lead to the collapse of the Nixon presidency.