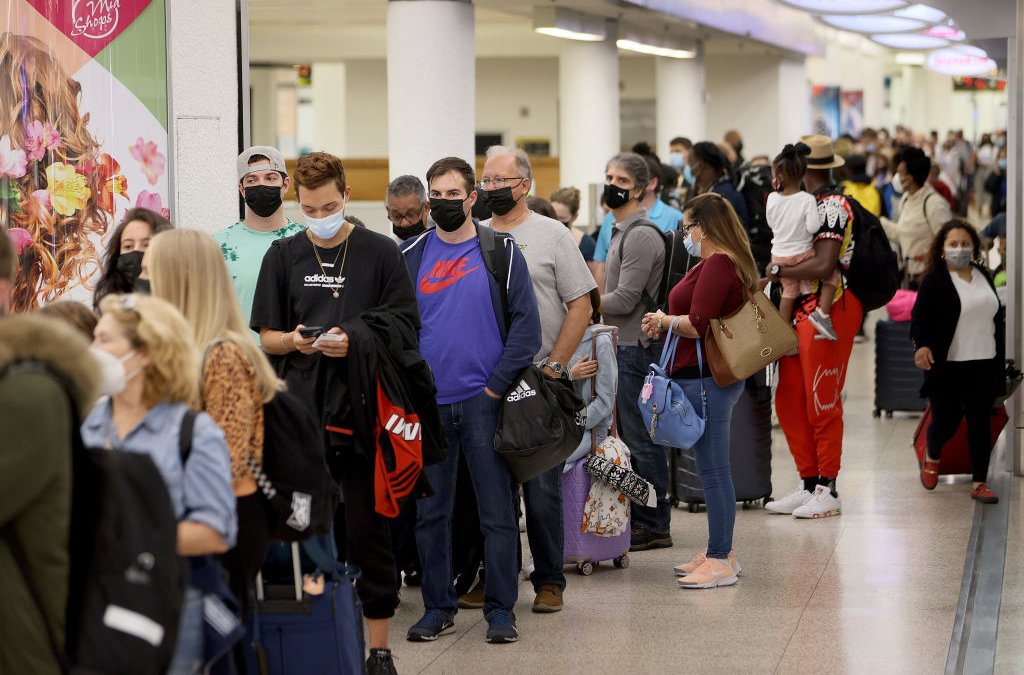 As some prepare the food and decorations for the Thanksgiving holiday on Thursday, others grapple with the frustration of flight delays and traffic at their destinations.

The busiest travel days during Thanksgiving week are typically the Tuesday, Wednesday, and Sunday after the holiday. This year, the Federal Aviation Administration expects Tuesday to be the busiest day, with around 48,000 scheduled flights.

The Transportation Security Administration screened more than 2.6 million travelers Monday, surpassing the 2.5 million screened on the Monday before Thanksgiving in 2019. The same trend emerged Sunday, marking the first year that the number of people boarding planes during Thanksgiving week surpassed pre-pandemic levels.

AAA predicts 54.6 million people will travel at least 50 miles from home in the U.S. this week, up 1.5% from last year’s Thanksgiving and down just 2% from 2019. The auto club and insurance seller says that nearly 49 million of those will travel by car, and 4.5 million will fly between Wednesday and Sunday.

U.S. airlines plan to operate 13% fewer flights this week than during Thanksgiving week in 2019. However, the average deployment of larger planes will only decrease seat count by 2%, according to data from travel researcher Cirium.

Airlines continue to blame the lack of air traffic controllers for flight disruptions, particularly in Florida, a major vacation destination.

Air traffic controllers who work for the Federal Aviation Administration “are tested around the holidays. This seems to be when we have challenges,” Frontier Airlines CEO Barry Biffle said a few days ago. “The FAA is adding an additional 10% to the headcount, hopefully that’s enough.”

Transport Secretary Pete Buttigieg has denied such claims, saying the vast majority of delays and cancellations are caused by the airlines themselves.

TSA expects airports to be busier than last year and likely around 2019 levels. The busiest day in TSA history was the Sunday after Thanksgiving in 2019, when nearly 2.9 million people attended checked at airport security.