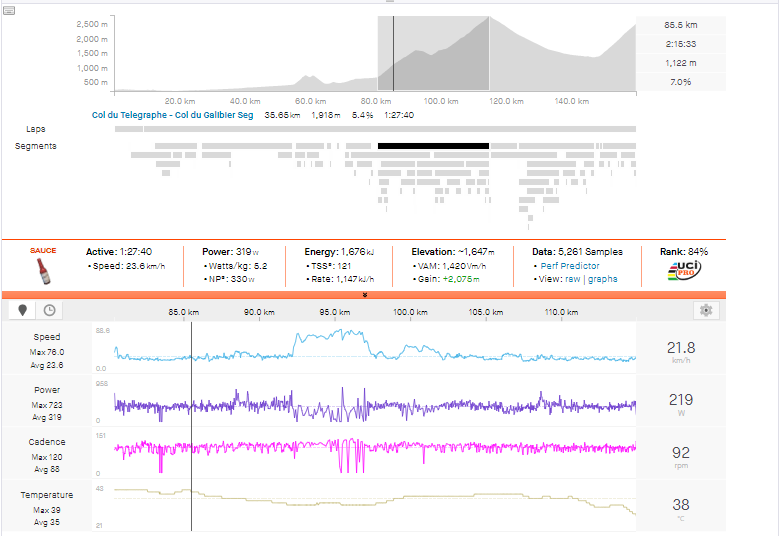 The cycling world was shocked last week when Tadej Pogačar collapsed on stage 11 of the Tour de France for the first time in many years. The Slovenian delivered almost three minutes to Jonas Vingegaard over a few kilometers and lost the yellow jersey.

Four days later, Vingegaard is still wearing the yellow jersey on his back with a two-minute, 22-second lead over Pogačar in the standings. A lot can happen in the last week of the Tour de France, but in this article we will reflect on how we got here. How did Jonas Vingegaard dump Tadej Pogačar, who many considered the best motorcyclist in the world?

First we have to go back to the 10th stage of the Tour de France. The first stage after the second rest day was 150 km at over 2,700 m (8,860 ft) and culminated in a summit finish in Megève. The breakaway stole the show as Magnus Cort got the better of it, but that didn’t stop Pogačar from starting his sprint from the GC group. With hindsight, it’s odd to say if Pogačar lit unnecessary matches with all the tough stages ahead.

The next two stages would turn the Tour upside down and first up was the 152km stage to the Col du Granon. Despite the flat start, the stage included over 4,000 vertical meters (13,120 feet) of climbing, plus the Henri Desgrange souvenir, marking the highest point reached at this year’s Tour. This prize was achieved at the top of the Col du Galibier, a 17.8km climb at 6.8%, immediately preceded by the Col du Télégraphe at 11.9km and 7%.

Jumbo-Visma wasted no time in dropping Pogačar – first it was Tiesj Benoot and Primož Roglič who attacked on the Col du Télégraphe. With 70km to go, the Tour exploded into pieces and soon a surreal quartet was standing up the road: Pogačar, Vingegaard, Roglič and Geraint Thomas. Jumbo-Visma teammates attacked Pogačar one by one for the next 10km, forcing the yellow jersey to burn through as many games as possible. But the tour leader countered by setting a pace on the Col du Galibier that dropped everyone through Vingegaard. Although we don’t have Pogačar’s or Vingegaard’s performance data, we can estimate their performance on the Col du Galibier by comparing their times with other performers.

The long valley between the Col du Galibier and the Col du Granon allowed a large group of riders to rejoin the race and it was Jumbo-Visma’s Wout van Aert who led the front group into the foot of the final climb.

Sepp Kuss and Primož Roglič took small moves at the front, but the pace was already high at the end of the last climb. Rafał Majka had returned to the leading group and now it was the Pole’s turn to take over at the front. However, it wasn’t long before TV cameras caught Pogačar talking into his radio – in hindsight he probably told Majka to slow down.

One by one, GC contenders dropped Majka and Pogačar and it wasn’t long before Vingegaard attacked from the front. Pogačar could barely react and within minutes you could tell he was going backwards. In just 5km, Vingegaard finished Pogačar in two minutes and 51 seconds to take the stage win and the yellow jersey ahead of Nairo Quintana.

Vingegaard’s attack was one of the most vicious we’ve seen in years, but it shouldn’t have been enough to concede almost three minutes to Pogačar. Essentially, we know what power Pogačar can sustain for 40 minutes – it’s around six watts per kilo. But on this stage he may have fired too many bullets or suffered in the heat and altitude because his performance was way below his level.

Stage 12 was a much more straightforward affair and there would be no GC riders attacking from 70km away. Before the Bastille Day finish at Alpe d’Huez, the peloton would tackle two Hor category climbs on the Col du Galibier (easier side) and the Col de la Croix de Fer.

A big breakaway went away early in the stage including Louis Meintjes, Chris Froome and Neilson Powless among others. Tom Pidcock bridged the Galibier descent and soon the breakaway had a seven-minute lead. Not much happened until the base of Alpe d’Huez, where Pidcock accelerated with 10.6km to go.

Meintjes and Powless tried to hold on, but the Brit was just too strong – Pidcock would win at the top of Alpe d’Huez, arguably the biggest road win of his career. Back in the GC group, Jumbo-Visma set up their lead with Kuss, Roglič and then Vingegaard. But it was Pogačar who attacked first.

The Slovenian seemed to be climbing the slopes of Alpe d’Huez at 32km/h but he still couldn’t shake Vingegaard. There was a minor stalemate that allowed Thomas, Kuss and Enric Mas to return to the lead group. As expected, Pogačar led the sprint but couldn’t take time from either Vingegaard or Thomas.

While Stage 13 looks like a textbook breakaway win for Mads Pedersen, we have to mention Matteo Jorgenson’s ride that helped him achieve his second top five finish in four days. The 193km stage from Bourg d’Oisans to Saint-Étienne included three categorized climbs and many more rollers throughout the day.

The escape only came on the first climb of the day, the Côte de Brié, where Jorgenson took the lead with Filippo Ganna and Stefan Küng. Jorgenson’s numbers are among the highest I’ve seen for a Tour de France breakaway and he wouldn’t even sprint for the podium at the end of the stage.

Jorgenson worked in the lead group until the final uncategorized climb where Mads Pedersen launched a mad attack. Jorgenson put out over 800W in Küng’s draft, but the pair lost ground to the flying Dane. Only Fred Wright and Hugo Houle made it to Pedersen, who easily beat them and took the stage win. Behind them, Küng, Ganna and Jorgenson worked together in the final 10km but lost 30 seconds to the leading trio.

That’s what Jorgenson needed to be on the run in the last 10km of a Tour de France stage with Ganna and Küng.

Michael Matthews clinched victory from the breakaway on stage 14 and soon the peloton was hurtling through to Mende. Despite Pogačar failing to drop Vingegaard on the steep final climb, the pair pulled off the most ridiculous short climb performance of this year’s Tour.

Brandon McNulty took the lead at the bottom of the final climb and rode over 515W for two and a half minutes before Pogačar took over. Our best estimates are that Pogačar and Vingegaard climbed Montée Jalabert at 7.1-7.2 W/kg. That’s insane for a nine-minute climb, and judging by the looks on both their faces, they could have gone even faster.