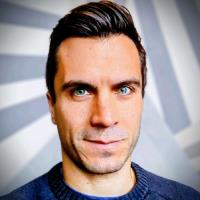 Last year, crypto got too big to ignore. This year’s downturn, coupled with several corporate implosions, spurs a greater focus on regulation. Even without the drop in crypto prices, new regulations came. Policy makers around the world have poured a lot of time and attention into the still burgeoning industry. Many crypto companies themselves – along with advocacy groups – are pushing for clearer regulations that give them the confidence to build and compete by the same rules.

#1. The White House executive order on digital assets. In March, the White House issued a long-awaited Executive Order (EO) showing that top Washington policymakers see crypto as a transformative technology and a new industry that would benefit from US leadership. The text of the regulation emphasized the need to mitigate risk – to protect investors, consumers, the environment and prevent money laundering – but also called for the “responsible innovation” of digital assets. Treasury Secretary Janet Yellen reiterated this theme in a key keynote address that stressed the need to apply rules from other asset classes to crypto.

The executive order commissioned multiple government agencies to collaborate on a series of reports on crypto. The Justice Department has already released its report and the Treasury has issued a framework for international engagement on the issue. Further reports are due in early September.

#2. The European Union is on the verge of approving a crypto law: In June, members of the European Parliament announced an agreement on a comprehensive law that would oblige crypto companies to follow anti-market abuse rules that build on the already established regulations build for other asset classes. This new bill, dubbed Markets in Crypto Assets (MiCA), would require crypto companies to obtain authorization before doing business in the EU and would cover a range of issues including investor protection and asset custody regulations, Environment Disclosures and Reserves Mandate requirements for “stablecoins” and the detection and prevention of market manipulation and insider trading. This far-reaching crypto bill would be the first for a major economy and would come into effect 18 months after its completion, likely by 2024.

#3. Debate on “non-hosted” wallets in the EU… and maybe also in the US: Linked to MiCA was another agreement between EU politicians on how the anti-money laundering (AML) travel rule should be applied to non-hosted crypto wallets , i.e. software that allows a personal control over their digital assets instead of relying on an intermediary. In short, the compromise in principle states that the EU would not apply the travel rule to peer-to-peer wallet transactions, but would require due diligence or reporting requirements for transactions between a crypto company and a non-hosted wallet.

Separately, the US Deputy Treasury Secretary said at a crypto conference in June that the US government would reconsider the travel rule and the “unique risks” of non-hosted wallets. This fueled speculation that the Biden administration could end its freeze against the previous administration’s attempt to require companies to report the senders and recipients of wallet transactions.

#4. UAE and Bahrain Open Middle East to Crypto: For the first time in 2022, major crypto exchanges received licenses from regulators in the UAE and Bahrain, districts positioning themselves as the region’s next-generation financial hub. These approvals came after Abu Dhabi and Dubai in the United Arab Emirates, along with Bahrain, revised their rules to bring clarity to the industry by defining digital assets, assigning a single regulator and marking the boundaries of acceptable behavior. Crypto exchanges are required to conduct market surveillance, ensure fair and orderly trading, and maintain AML screening.

#5. Singapore Shows a Different Way with Strict Licensing Requirements: Singapore, another jurisdiction aspiring to remain a financial hub, is emphasizing strict crypto licensing requirements this year along with restrictions on public advertising. The head of the city-state’s regulator, the Monetary Authority of Singapore (MAS), admitted in April that their “licensing process is rigorous because we want to be a responsible global crypto hub, with innovative players but also with strong risk management skills.” He also said “retail investors shouldn’t be bothered with cryptocurrencies,” hence MAS’ efforts to limit public access to exchanges.

This year, MAS Crypto.com, which joins Coinhako and a small group of other companies operating in Singapore under the Payments Services Act, offered a preliminary license. Insolvent projects from the 2022 crypto downturn — Three Arrows Capital, Luna Foundation Guard, and Vauld — were operated out of Singapore but were not licensed or regulated there, and MAS has said it is investigating possible criminal charges.

#6. Crypto’s impact on national security draws attention: Crypto policies are often associated with financial stability and investor protection, but this year the technology’s impact on national security has received more focus. Russia’s invasion of Ukraine in February sparked a debate on crypto and sanctions evasion, which ultimately led to the consensus view that digital assets were ill-suited to prop up Russia’s economy. In fact, Ukrainians were quick to receive humanitarian aid via crypto and want to use the blockchain to preserve Ukraine’s heritage.

In addition, a major crypto trade association has created a national security task force, and the White House Executive Order, along with other senior officials, has argued that leadership in digital assets can help leverage the geopolitical benefits of the US dollar’s role as a global asset preserve reserve currency. Some Congressional central bank digital currency (CBDC) bills cite competition with China as a reason for urgent government action.

#7. UK changes tone to encourage digital asset innovation: In April, during the rollout of a new digital asset plan, the UK Business Secretary announced that “Britain is open to business – open to crypto business”. The plan includes regulating stablecoins to eventually make them a recognized form of payment, creating a financial infrastructure “sandbox” for business innovation, improving government engagement with the crypto industry, and reassessing the UK’s digital asset tax regime. The UK Financial Conduct Authority (FCA) hosted a series of public-private “crypto sprints” to discuss the design of regulations to encourage crypto adoption, a potential self-regulatory organization (SRO), and disclosure and custody rules. Meanwhile, Parliament continues to debate the Financial Services and Markets Act, a priority of the outgoing Prime Minister’s government, which would bring cryptocurrencies under payments regulation.

#8th. SEC Attempts to Change Definition of an “Exchange” and a “Dealer”: The U.S. Securities and Exchange Commission (SEC) this year proposed two rules that could extend the agency’s jurisdiction to the crypto trading market. Both proposals have faced opposition from crypto industry trade groups, along with dissenting opinions from SEC Commissioner Heaster Peirce.

The first rule would add the “communications protocol systems” category as “exchange,” which requires registration with the SEC and compliance with traditional finance rules. Opponents fear that “communications protocols” could be interpreted to include developers of crypto software or trading platforms, and therefore discourage innovation. If adopted, this rule could come into force in October. The second rule, which could take effect in April 2023, would apply new standards to determine whether firms are acting as “dealers” and therefore need to register with the SEC. It has the potential to extend registration requirements to companies that are currently not subject to regulation, including crypto traders, if their digital assets are considered securities.

#9. Bipartisan Crypto Bill Introduced in Congress: Senators Lummis (R-Wyoming) and Gillibrand (D-New York) teamed up this year to introduce a high-profile, wide-ranging bill widely favored by the crypto industry. The Responsible Financial Innovation Act clarifies different categories of digital assets and includes taxes, consumer protection and custody. It would also create a new legal category: a “digital asset exchange,” regulated by the Commodities Futures Trading Commission (CFTC). These spot crypto exchanges would be required to prevent trade manipulation and price distortion through market surveillance. The bill would also require “stablecoins” to be fully backed by high-quality liquid assets – a key focus of policymakers now given the collapse of “algorithmic stablecoin” Terra/LUNA, which lacked sufficient reserves.

Senators have said they want real, productive feedback this year to improve the law and plan to reintroduce it at the start of the next Congress in January 2023.

Senior members of the Senate Agriculture Committee tabled another bipartisan crypto bill in August. Like the Lummis-Gillibrand bill, it would require digital commodity trading establishments to register with the CFTC and monitor trading to protect consumers from market abuse and manipulation.

#10. Public Debate on a New CFTC Derivatives Clearing Model: In March, the CFTC initiated a public comment period on a new derivatives clearing model proposed by FTX US, a leading crypto exchange. Since then, fierce debate has continued over the implications of the proposed idea, which would allow CFTC-registered derivatives clearing organizations (DCOs) to settle directly with their clients rather than through a futures commission dealer (FCM). The House Agriculture Committee held a hearing in May, which was quickly followed by a panel hosted by the CFTC chairman. The various players have raised fundamental issues such as margin and collateral requirements, risk management, the impact of fraud and abuse, data transparency and the need for innovation in the derivatives market. 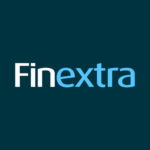 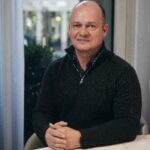 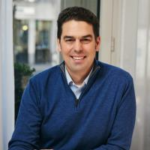