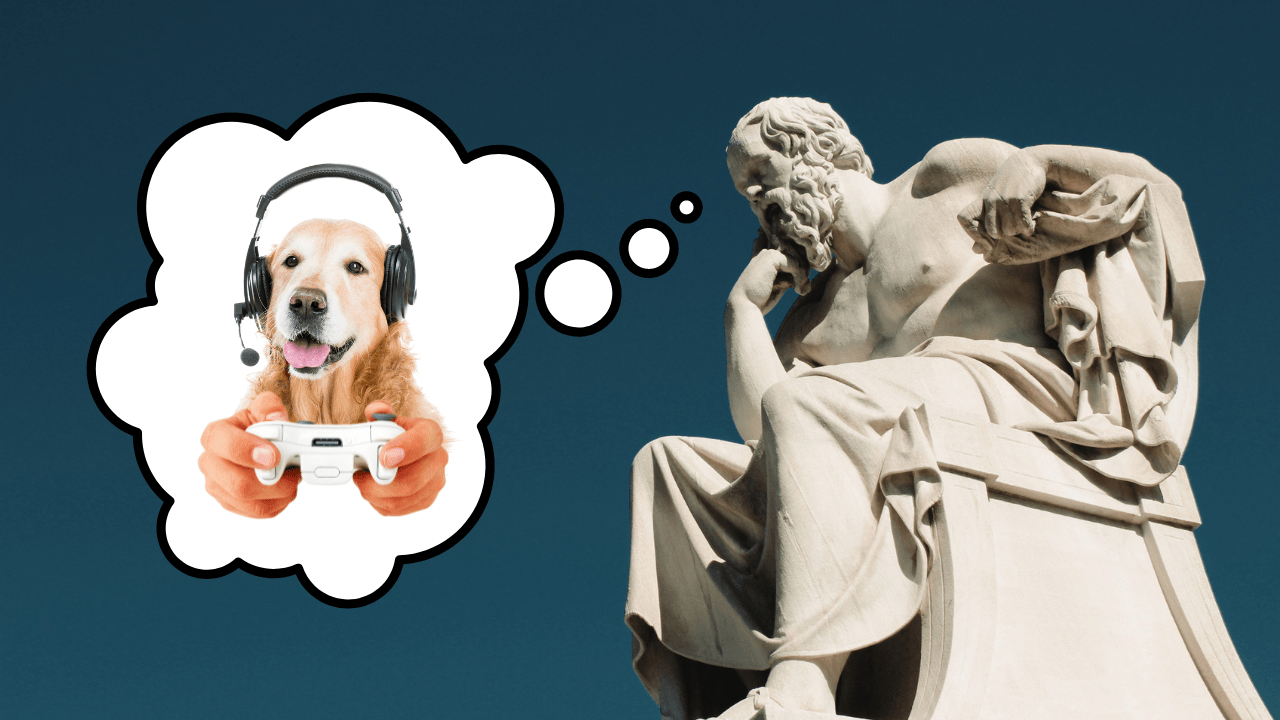 Right now we are at a strange point in time. The major game releases are just before Christmas, but it’s still too early to start publishing our top 10 of 2022. Sure we’ll have some news here and there, but it’s quiet. dead silence.

In these moments of peace, I sit and think. I think of life’s most grueling questions and watch them manifest themselves in words floating around my head before they pass: Where do we go when we die? Who is Banksy? Is Bruno Mars gay? Which animals are gamers?

The last question bothers me a lot. We know that there are now video games for dogs. What’s next, a dog for the world president? I hope so.

But what about other animals besides a gamer dog? I know in my heart that there are animals out there that intuitively could be gamers by nature. How do I know? Easy. I just think about it and it seems right. Isn’t that what the philosophers did back then? Just sit around in togas and say, “Hey, what if life was a freeway and we drove on it all night?”. The name of this philosopher? Tom Cochrane.

Anyhow, I thought this slow news moment would be the right time to share with you the animals I believe gamers are, just based on a gut feeling I have. My gut might be unreliable when it comes to its proper job (digesting food), but it’s pretty good when it comes to intuition.

Please, for the love of God and all that is holy, take a look. Also, please don’t actually fight me. My body is too soft and crappy to take a single punch.

The black and white snub-nosed monkey is definitely one of the funniest monkeys around. When I took the bold leap of faith and asked what everyone thought of this funny monkey in my company-wide group chat, I got these replies:

There’s a strong argument that this monkey is a gamer. First of all, I’ve met players who looked a bit weird, including me! In addition, his secret knowledge of the universe is comparable to when players know how to do a cool trick in a video game. That is the same!

This funny monkey is definitely a gamer and I think he enjoys playing Nintendo 64. He’s a classic gamer and he loves to laugh.

Fearing for my job security, after posting a picture of a black and white snub-nosed monkey on the company-wide group chat, I instinctively chose this one. It’s obvious, isn’t it? More legs, more gaming.

This octopus, and every octopus, is definitely a gamer, and I think he would play button masher games.

Yes!! Haha damn yes!! Sorry, I’m just excited about this crab. It looks like it’s ready for a party!

Crabs sure are gamers. However, they are very specific players. I wholeheartedly believe that crabs are strictly motion-controlled gamers. Some may say that people who play just dance exclusives aren’t “real gamers” but will you really look that crab in their beady little eyes and tell them they’re platinizing every single one just dance play and religious play just dance isn’t every day “real gaming”? Watch your Achilles heel, this guy is a blast!

If you saw a crab playing a game it would definitely be Xbox Kinect or Wii. You can play with the crab, but you’ll live in fear for your ankles if you win against one.

Most beavers, but not all

Based on this purely instinctive ability to create, I think beavers are THE animal gamers. Gamers love to build, they love to create! Also, some players have small hands with long nails, and some of them also have big flat cocks. The similarities are endless. However, I don’t think all beavers are gamers because they might be too busy building dams. You have jobs, you know.

I met this cat once at a gamer cats convention. It was the only gamer cat there because there is only one gamer cat and it is this one. This cat is a gamer and she plays Fourteen days and it also has the Battle Pass. It’s not good at it, in fact, it’s terrible at it.

The thing is, you don’t have to be good at games to be a gamer. This gamer cat is absolute dog shit at gaming, it’s that bad. Oh my god it’s the worst thing to play video games jesus christ. But that doesn’t matter, it does it anyway, and it’s the only thing that does it. What are you going to do about it? Scream? pee in pants? It does not matter. It laughs (with meows) and makes the character run into a wall.