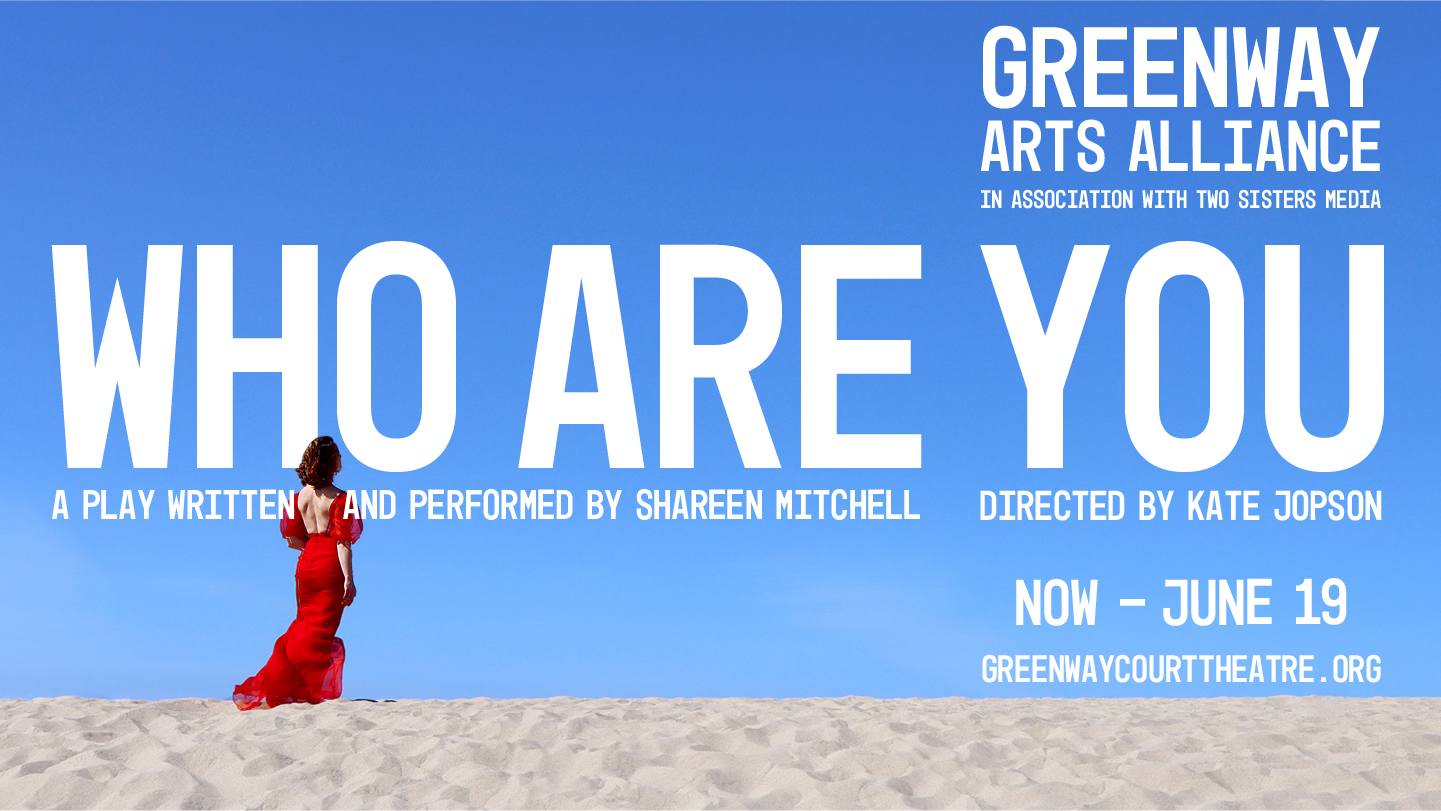 If we are what we wear, Shareen Mitchell has helped thousands of women in their quest to be uniquely themselves. Mitchell ran a pioneering vintage fashion mini-empire born out of her quest for creative and financial fulfillment after acting. Shareen Vintage was born in 2004 at the Melrose Trading Post next door to the Greenway Court Theater where Mitchell now performs Who are youa solo exhibition that traces her journey.

If we are what we observe, those lucky enough to catch Who are you can not only experience a roller coaster of entertainment, but vicariously personal growth. Mitchell’s honest and authentic portrayal of the highs and lows of her life is inspiring and empowering.

This unique show works on multiple levels, a combination of slam poetry, mini-musical, TED talk and most importantly, a moving personal saga of a multi-talented writer, actress, singer, designer and seeker. Uplifting and captivating, it takes us on a journey unique to LA from acting to fighting to spiritual and creative fulfillment through dressing cool girls and celebrities. It even starts with Mitchell driving the 101 to a retreat in Ojai. More SoCal is not possible.

Mitchell’s elegant prose, poetry, and lyrics combine with her beautiful speaking and singing voice to paint a portrait of a specific type of life in a specific era of Los Angeles. In search of escape from shame, fear and unpaid bills, she tries everything: Therapy, Men, Detox, Vision Boards, Deepak and Oprah, Agape Spiritual Center and a variety of workshops, books and New Age gimmicks. None of this works.

She has $97 in the bank and is babysitting for $10 an hour—also known as rock bottom—when she meets a voice on the phone that realigns her. From there, openness to the right people (and forces) at the right time, along with hard work, brings them out of the darkness. Mitchell maintains her rudeness and chokes as she recounts the love and kindness that set her on the right track.

Who are you was made for a wider audience. It’s easy to envision it in multiple formats, from a simple film adaptation of the one-man show to a movie musical to a fashion series. The series’ approach would allow it to explore intriguing elements only touched upon in the current show: Mitchell’s academic background from Seven Sisters, her successful acting career, and her relationship with her mother, who makes only brief appearances as a domineering naysayer.

Everything about the show is stylish, from the cello accompaniment by Ashley Ng, to the direction by Kate Jopson, to the scenic design by Sibyl Wickersheimer. As Mitchell moves through her story and the see-through fabric that makes up the set, emotional involvement and the thrill of recognition build. This is a woman who has tried everything, who has walked the scale from lost to found by giving to others, listening to her heart and surrendering to faith.

There are a few minor issues. With nearly two hours and two very different halves, a break wouldn’t hurt. On the other hand, the first half of the show could use some tightening. Arriving at a retreat isn’t nearly as interesting as some other potential starting points. Fashion only comes into play about halfway through the story, and then without notice. Finally, there’s the title, which despite being used repeatedly throughout the show, feels a little too generic for something so unique and wonderful.

Oh, and a trend tip based on Mitchell’s stunning offstage look: big sleeves are back!

Enter Shareen Mitchell Who are you at the Greenway Court Theater, 544 North Fairfax Ave. through June 19. Tickets cost $30 and are available here. Free parking is available in a lot just north of the building.