“How often do you find the right person?” was the slogan for the movie poster of Once, a critically acclaimed low-budget film from 2007. However, the unspoken question is even when you meet that one right person , will you both be in a place in your life to act on your feelings?

These questions were also central to the 2011 Broadway musical version of Once, which was nominated for 11 Tony Awards and won eight, including Best Musical. The Duluth Playhouse debuted its 2022-23 season with this gem of a show that completely mesmerized its audience on opening night.

The simple plot features a desperate Dublin street performer, known only as “Guy”, ready to leave his guitar on the pavement and walk away from any hopes of a career in music. At that very moment, he meets a sunny, upbeat Czech immigrant “girl,” and in a five-day whirlwind, they change each other’s lives forever.

The adorable Steven Grant Douglas and Alyson Enderle, both Minnesota Duluth theater grads, play the couple who become “cute” in this chance encounter when she gets her vacuum cleaner fixed and he happens to be working at his father’s vacuum shop.

Equity actor Douglas’ credits include many regional theater roles and two national tours, Sam Wheat in Ghost the Musical and Summer: The Donna Summer Musical, in which he plays Summer’s husband. Enderle has appeared in many productions in Duluth, most recently in “Ragtime” and “Footloose”.

Their chemistry is undeniable in what doesn’t play out as a stereotypical musical theater love story. Both have stunning solos, mourning their previous failed relationships and exploring their growing feelings for each other. One of the highlights of the musical is their exquisite duet, Falling Slowly, which won the Oscar for best song from the film.

A challenging evening for the ensemble’s talented performers requires each of them to play at least one musical instrument, some even multiple. They also act as characters in the story, providing many of the show’s funniest moments and performing in spirited dance numbers throughout the evening.

The repeat of the breathtaking song “Gold” at the end of Act Two gets the company singing A cappella on one of the most beautiful full cast vocals I’ve heard on a local stage.

“Hit the right note” is also the entire production team. Curtis Phillips and his dramatic set with its musical instrument themes and moody designs by lighting designer Ethan Hollinger are particularly first class.

Director Ann Aiko Bergeron, making her Playhouse debut, has had a distinguished career in musical theater directing and choreography and as a UMD Professor of Theater. In “Once,” Bergeron demonstrated her magical talents to bring what she calls “fantasy” into radiantly beautiful life.

The show showcases the power of music as a universal language and a way to heal broken souls. She’s warm, funny and definitely worth seeing more than “once”.

What: The Duluth Playhouse Production of “Once” 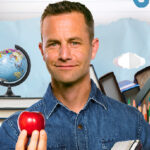 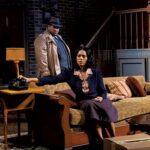 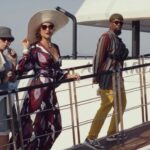 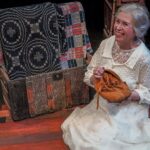 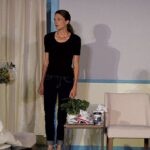