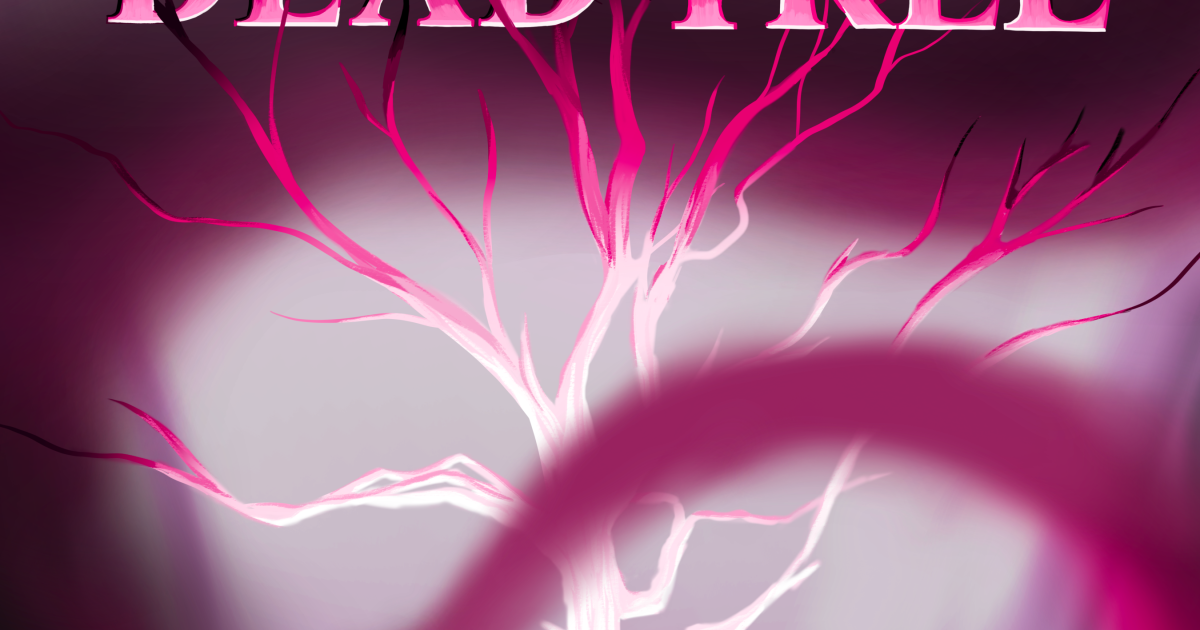 Queer Theater Kalamazoo recently partnered with Face Off Theater to present the story of a young man’s quest into imagination and memory. Gordon Bolar from WMUK wrote this review.

It should start off by saying that the cast of Dirt, Ash, Dead Tree are wholeheartedly and enthusiastically committed to Philadelphia author Jarrett McCreary’s new play.

The four skillful actors in director Yasir Muhammad’s cast displayed a range of emotions and tempos as they delivered the fifteen or so scenes detailing the search for a troubled young gay black man named Dayo.

While each of the cast members brought energy and enthusiasm to their work, their efforts were insufficient to bring McCreary’s script and this production to life on the Dormouse Theater stage.

It should also be noted that the play’s hard-hitting material relating to suicide, self-harm and depression deserves the audience’s attention on stage. Still, the production I saw at the Dormouse Theater on Friday night fell short of the emotional impact and consideration these themes deserve.

The reasons for this lie in several problem areas: the audibility and clarity of key lines in the Dormouse Theater auditorium, the shifting of scenes, a clear focus on Dayo’s decisions, and the end of the play.

The plot revolves around Dayo, played by Greg Miller, and his journey to the truth about why he is trapped in a cycle of self-destruction. He is advised by court-appointed psychologist Louise (Ryan Tiara Jordan) and his girlfriend Julia (Jessica Krolick). In Dayo’s memories, dreams, flashbacks, or altered states of mind, these two actors double as the owl and lion, respectively, representing the wisdom and courage he seeks.

One challenge is that the play’s plot must quickly shift from reality to Dayo’s fantasy world and back again. A related issue is that Dayo admits that he often fails to distinguish between reality and fantasy. So neither can the audience.

The production is plagued by several lengthy scene changes, during which well-choreographed crew members busily set up props and lug heavy couches or made-up beds on and off the stage. These phrase changes are accompanied by a loud, annoying, and repetitive heartbeat.

Black cubes or benches could have sufficed to suggest desired office or bedroom settings. More important, but not present, are the chronological signposts and sequential indicators of major decisions in Dayo’s life: his visits to the psychologist, his breakup with his male lover Micah, played by Adam Nyoff, and his decision to burn down the house he desperately seeks.

Several shifts in time and place found in magical realism can pose challenges. Some of these are disrupting the main character’s storyline, blurring decisions made along the way, and preventing an audience from forming an emotional bond with the character. Such is the case in our relationship with Dayo and our reluctance to embrace his journey.

Because McCreary’s script bounces around so frequently, we lose our perspective on Dayo’s character development and any advance or regression he might make.

Of more concern are the many questions that accompany the end of the play.

Still alive, Dayo lies in the rubble of the house and body he destroyed after attempting suicide. He says he wants to live. But what motivates him to make this choice? And where does the final statement of the piece, “This is the art of new beginnings” actually come from?

Are these words just repeated advice from his psychologist? Or does this sentence represent a hard-won realization and life-affirming decision by Dayo himself?

Since there is something that speaks louder than words, could a storyline by Dayo that hints at a new beginning and rises from his own ashes made this last moment a stronger last moment?

We may never know, but with such weighty issues and a young man’s life and recovery at stake, one cannot help but wonder.