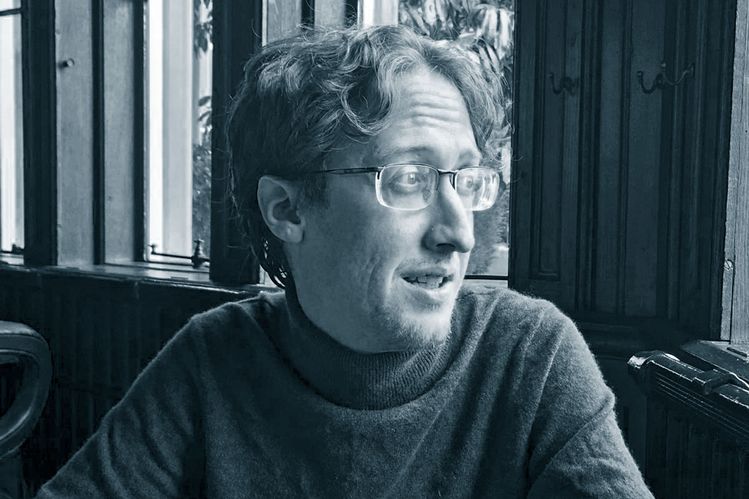 The recent crypto industry implosion has shaken confidence in the sector — and created a serious headache for those looking to promote digital assets to institutional investors.

In September, this task could become even more difficult after the first-ever “anti-crypto” conference begins in London. The inaugural Crypto Policy Symposium already has regulators from the UK, US and EU on its 600-strong list of attendees and promises to bring together influential figures from law, politics and banking to “foster critical discourse” about the sector, according to its website.

But software engineer Stephen Diehl, the organizer of the conference, says the symposium isn’t just an event for crypto-haters, a label given to it by pro-industry media — it’s “pro-regulation.”

“There is an extreme culture of libertarianism related to crypto that really doesn’t want government interference. That is becoming increasingly unsustainable,” says Diehl financial news. “People are starting to hurt themselves left and right.”

The symposium has aroused the interest of “people who can actually make decisions”. Representatives from the Treasury, FCA and Bank of England will be present, as well as some of their EU and US counterparts. Institutions like Barclays and Deutsche Bank will also be there, and big tech companies like Google, Apple and Meta will also be there.

“It’s very worrying what [collapses such as terraUSD and luna] might look like in scale. That’s why the conference exists: because regulators have to deal with these things. We can’t have warp-speed bank runs,” Diehl said. “It would be a really dystopian future, and it needs some controls.”

So severe that some have likened it to the 2008 financial crisis, the so-called “crypto winter” has already cost vulnerable retail investors vast sums of cash, with the collapse of stablecoin TerraUSD and related cryptocurrency Luna triggering a domino effect, which ultimately caused big players like Celsius and Voyager Digital to file for bankruptcy.

Some of the biggest employers in the industry, like Coinbase, have shed thousands of jobs. All of this gave voices like Diehl’s new impetus.

“There is a young community of people who are critical of cryptocurrency,” says Diehl, who co-authored the 2022 book Bursting the crypto bubble. The industry’s underlying economics are “fundamentally flawed,” and tokens like bitcoin are “purely speculative assets that trade on the greater fool theory,” he adds. “In the last eight months or so we’ve started to organize to try and counter some of the lobbying efforts that the industry is trying to do.”

This lobbying has been significant. In June, financial news revealed that prominent crypto investor Christopher Harborne had made a £500,000 donation to the Conservative Party in early 2022. The Conservative Party denied any link between donations and government policy.

Diehl says the UK’s plan to lead the world in crypto – which the Treasury will push despite Sunak’s departure – has “more downsides than upsides”. He points out that London already has a reputation as a hub for financial crime, which costs the UK economy an estimated £290 billion a year, according to charity Spotlight on Corruption.

“Crypto will exacerbate these problems because it exists as a regulatory arbitrage tool,” adds Diehl. “Setting up the UK as Switzerland for crypto is a precarious path that we should tread very carefully.”

The National Crime Agency’s annual report, released on July 19, listed money laundering via crypto assets as a factor damaging the UK economy, which appears to support this view.

Officials in the City were more circumspect than politicians in Westminster. Bank of England Governor Andrew Bailey called cryptocurrencies “the new frontline” for criminal scams and warned that they have “no intrinsic value.” The Financial Conduct Authority, meanwhile, recently conducted a so-called crypto sprint aimed at better educating staff on how the sector works while deciding how to oversee it. One attendee — former FCA crypto specialist Mark Aruliah, who now works for blockchain analytics firm Elliptic — wrote that the event was “the start of this educational journey” for the regulator.

The regulator is also on a concerted hiring drive for crypto professionals. It is in the process of hiring a permanent head of its digital assets unit, with crypto supervisor Victoria McLoughlin being promoted to the post on a temporary basis. It is still looking for at least six senior positions where the applicant has experience in the crypto industry. That accounts for almost a tenth of the jobs currently advertised on the job board.

Diehl, on the other hand, discovered the dark side of the industry the hard way. He describes online harassment and death threats as “part of the territory” of an outspoken crypto skeptic. “When you’re talking about matters of public interest where there’s a financial interest at stake, and that financial interest is dependent on getting more people recruited into the program, there’s always going to be an incentive to lash out at the critics,” he says . “Crypto is basically that, but taken to a whole new level.”

But far from wanting to tear down the entire sector, Diehl is framing its symposium in the same light as FCA’s Sprint, but with a clear mission statement – the crash has shown that “some common investor protection legislation is needed”.

“Many of these cryptoasset offerings should be brought into the regulatory framework and subject to the same investment registration and disclosure requirements as all other regulated products like stocks and bonds,” he says.