The Netflix series version of Neil Gaiman’s The Sandman is a stunning feat in comic book adaptation. From the script to the visual effects to the great casting, the series is a feast for the senses and could easily be considered one of the best comic and television series of all time. But as I went through the series, two undeniable truths struck me. The first is that Morpheus/The Dream sucks as a boss. And secondly, his creations and the citizens of The Dreaming are in dire need of a union.

let me explain. It is clear to me that Morpheus is the lord/king/ruler of The Dreaming while the rest of his siblings rule their respective realms of the endless. But when Lucifer (Gwendoline Christie) has more loyalty and employee satisfaction of his own, you have to know you’re a crappy boss. Talk about Girlboss, Gaslight, Gate(s of Hell)keep.

I know that Morpheus is still recovering from the trauma of being imprisoned for over 100 years, so of course his mind is not on his work. But what kind of corporate structure lets The Dreaming fend for itself with no chain of command? Responsibility for maintaining The Dreaming rests with Librarian Lucienne (Vivienne Acheampong) and you knows She is not paid overtime. And she’s not the only resident of The Dreaming to pay the price for Morpheus’ kidnapping. Cain (Sanjeev Bhaskar) and Abel (Ashim Chaudhry) must sacrifice their beloved gargoyle Gregory so Morpheus will have enough dream juice to summon the Fates. Imagine your boss has been gone for a century, then he comes back with no explanation and kills your dog. UNACCEPTABLE. That’s why we also celebrate Johanna Constantine (Jenna Coleman), freelance queen.

But the real reason for Dream Unions comes from the three missing Major Arcana. First, there’s Gault (Ann Ogbomo), the shapeshifter, a nightmare who longs to remain a dream. It is Gault who took care of Jed Walker in The Dreaming and created a sanctuary for the abused boy to escape his terrible living conditions through a fantasy where Jed is the comic book superhero The Sandman. Gault also takes on the guise of Miranda Walker (Andi Osho), Jed’s mother, to give the boy a reassuring and familiar face. But when Morpheus catches up with Gault, he dissolves them into nothing. So protecting an abused child is a crime punishable by death? Morpheus later realizes his mistake and restores Gault as a dream. But it’s still an asshole.

Next up is Gilbert/Fiddler’s Green (Stephen Fry), a beautiful piece of scenery that comes to earth to experience life as a human. Because apparently there are no vacation days or paid time off in The Dreaming. Gilbert had to wait until his boss was AWOL before he could go to Florida and enjoy a drag show. And while he was there, he only protected Rose Walker (Kyo Ra) out of the kindness of his green heart. Already give this beautiful man landscape a promotion!

Finally, there’s the vicious nightmare The Corinthian (Boyd Holbrook), a serial killer who has ravaged the world in Dream’s absence. The Corinthian is an absolute nightmare to stop, but isn’t it the way Dream made it? Isn’t it Dream’s fault that The Corinthian even exists?

You see, we all make mistakes at work. Once I changed the entire text of The Mary Sue to italics. But few mistakes compete with “creating an infamous serial killer, unleashing him, and inspiring generations of serial killers enough to be a keynote speaker at a serial killer conference.”

By the end of season one, Morpheus has come to terms with his mistakes and sets out to correct his mistakes. He recreates The Dreaming, gives Cain and Abel a baby gargoyle, and gives Gault wings. He does his best, even addressing his own ego and self-proclaimed pity party. It’s like a fantastic episode of secret boss. As for season two, Morpheus should do what’s right for his creations: generous ghost maternity leave, paid time off, and gargoyle eggs for everyone. That’s the least a good boss can do.

—The Mary Sue has a strict comment policy that prohibits, but is not limited to, personal insults everyoneHate speech and trolling.— 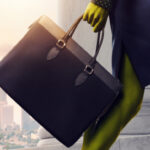 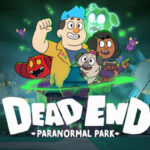 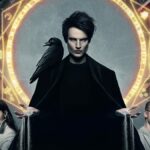 The dream is finally true 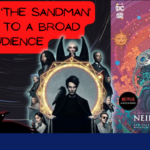 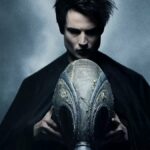 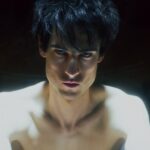 Netflix absolutely nailed the casting for Infinite in The Sandman