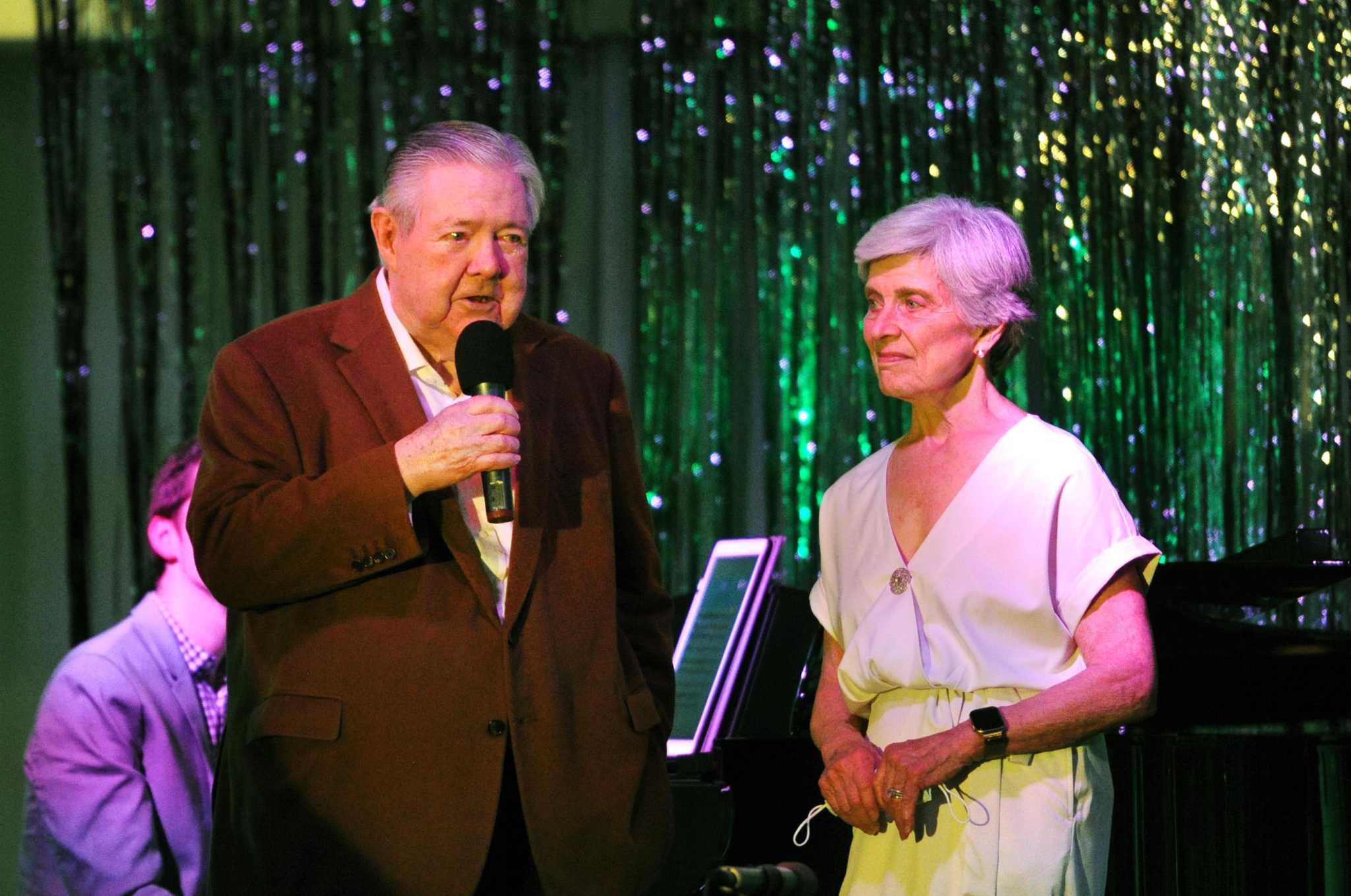 The program is now called the Bennack-Lake School Tour in honor of Frank A. Bennack Jr., executive vice chairman and former CEO of Hearst Corporation, and his wife, Dr. Mary Lake Polan, Professor at Yale University.

“We have to take care of this future generation and the arts,” Bennack told the crowd of more than 100 at the Time to Start Living Gala Saturday at the New Canaan Country Club. Bennack and Polan were among this year’s honorees, including George Faison, the Tony Award-winning choreographer of The Wiz.

The tour will visit underserved schools across Connecticut and perform “Stoopkids Stories LIVE,” a show about seven black inner-city kids ages 5 and up. It is based on a podcast written and adapted by Melissa Victor that has been listened to 100,000 times.

Victor said the kids at Stoopkids don’t talk about guns or drugs, but “learn how to stand up for themselves, learn about friendship and community.”

The idea came to her during the pandemic.

“God gave me the idea to create a podcast that would tell stories about black kids that black kids could listen to while sitting at home during a car ride,” Victor said.

Victor said she thinks it’s important that “black kids see themselves represented” and seen by “kids who don’t look like them.”

The gala also honored Faison with the creation of the Faison Student Outreach, a program that introduces new and vulnerable communities to the STONC’s summer shows. Faison is known for mentoring underserved youth through programs offered at the Faison Firehouse Theater in Harlem.

Bennack and Polan became benefactors of the summer theater program a few years ago after taking their grandchildren to a STONC production of “Peter Pan.”

He now serves on the boards of philanthropic organizations, including as chairman of the New York-Presbyterian Hospital. With Polan he recently endowed a professorship at Yale University.

She was Chair of Obstetrics at Sanford University School of Medicine before returning to Yale University School of Medicine as Professor of Clinical Obstetrics, Gynecology and Reproductive Sciences. To help African women, Polan organized a team of surgical volunteers in East Africa to help women recover from long labor labor, according to the National Institutes of Health.

Bennack’s affinity for theater came naturally, as his father put him on stage when he was 6, he had a radio show by 16 and a TV show by 17, he told the audience at the gala.

“I was the poor man’s Dick Clark,” Bennack said.

With Bennack’s interest in television, Hearst forged partnerships with cable networks ABC (now the Walt Disney Company), A&E, HISTORY and Lifetime while he was CEO. He was also instrumental in founding what is now Hearst Television Inc, which operates 33 television stations.

At the gala, Bennack urged those present to support the summer theater.

“What they do is essential in the world we live in today,” he said.

A bidding competition ensued during the Gala’s auction when Faison offered to give a tour of his theater in Harlem. He founded the theater in 2000 after once hosting Hook and Ladder No. 40 Co. was home to. The theater now has a 350-seat auditorium, a dance and rehearsal room, and a recording studio. His mentors for the Firehouse Respect Project served underserved youth in the tri-state area, particularly those in Harlem.

“I’m so glad you reached out to me because I thought I was something of a retiree,” he told Libonati with a smile.

Faison will direct and choreograph Summer Theater’s upcoming show, Once on This Island, which opens July 7 at Waveny Park.

The choreographer’s career began as a principal dancer at the Alvin Ailey American Dance Theater, which he left to found the George Faison Universal Dance Experience. He has choreographed more than two dozen musicals, including Broadway’s 1600 Pennsylvania Avenue; “Porgy and Bess” at Radio City Music Hall; and “Sing, Mahalia, Sing” at the Shubert Theater in Philadelphia.

Faison won an Emmy Award for his choreography of “The Josephine Baker Story” on HBO. In 1997 he directed and choreographed “King,” a musical performed at the inauguration of Bill Clinton.

He has also choreographed and directed concerts for Stevie Wonder, Roberta Flack, Ashford and Simpson and Earth Wind and Fire. He has directed performances across the United States.