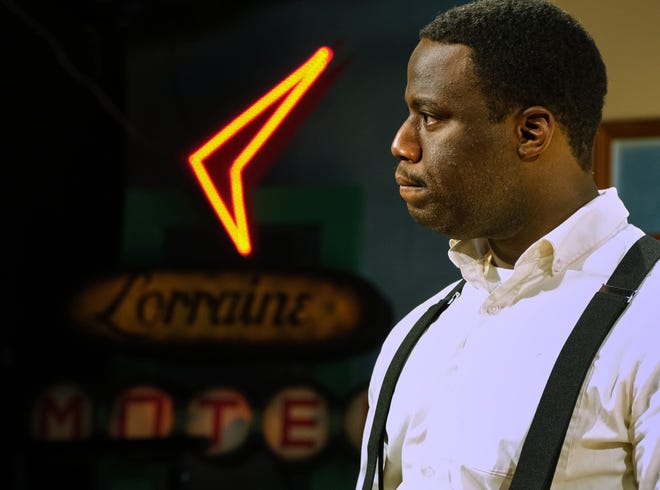 While downtown Detroit plays an opera based on the life of Malcolm X, Northville’s Tipping Point Theater offers a look at Martin Luther King Jr.’s final hours with “The Mountaintop,” which opens May 21 opened and runs until June 18th.

The play, written by Pulitzer Prize-winning playwright Katori Hall, depicts King’s last night on earth in room 306 of the Lorraine Motel in Memphis, where he was to be murdered the next day. In the hours following his “Mountaintop” speech – his final address – he is relaxing in his room for the evening and longing for a cigarette when a young maid walks into his room. The conversation that takes place between them as King learns not only their purpose, but ultimately his own, forms the backbone of the two-person show.

Read: The sprawling jazz opera X: The Life and Times of Malcolm X was revived in Detroit

More: Detroit man on the phone with wife of Martin Luther King Jr. during assassination

Hall, a Memphis native, grew up surrounded by King’s legacy and was inspired by her mother to write The Mountaintop. At age 15, her mother longed to march with King and planned to see his speech in Memphis that night, but stayed home for fear of violence. It was one of her biggest regrets as he died the next day.

“I wanted to put both of them in the same room and give my mother an opportunity that she didn’t have in 1968,” Hall told NPR in 2011 when the play premiered on Broadway.

The motel girl character is named after her mother, Carrie Mae.

The play is unique in its exploration of King as a man rather than a legend. He won an Olivier Award for his 2011 Broadway performance with Samuel L. Jackson and Angela Bassett.

Hall said: “By presenting him with his flaws and weaknesses, we too – as people who have those flaws – can see that we too can be kings; we too can carry on the baton that he passed on to us.”

“The Mountaintop” comes back into action during the first season of Tipping Point since 2020.

It is the first show by a black playwright on the theatre’s main stage and also features its first all-black cast. Nigel Tutt (as King) and Faith Berry (as Carrie Mae) are joined by Vincent Ford Jr.

The theater has decided to promote diversity at all levels of the organization with a new mission, core values ​​and the implementation of an anti-racism statement and policies. With this comes a focus on producing works that highlight different shades of human experience.

“We took the time to reflect on what went really well for us, but also to correct the things where we fell short,” said production artistic director James Kuhl.

Tickets for The Mountaintop start at $33, with student, senior, military and group discounts. Purchases can be made at TippingPointTheatre.com or by calling 248-347-0003.