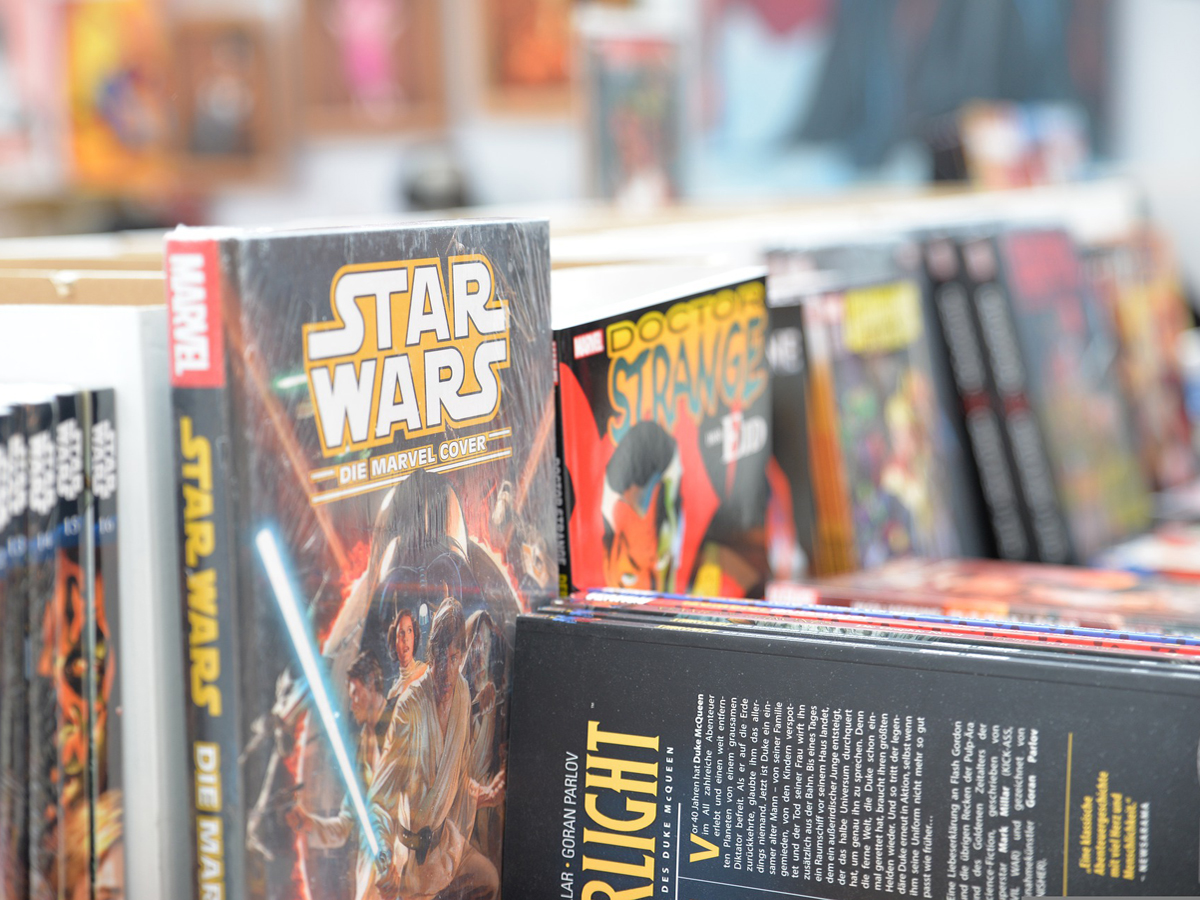 For years it has been my family tradition to attend the Phoenix Fan Fusion (formerly Phoenix Comicon) and we have seen it grow from 13,000 attendances to just 106,000 in one year. We loved our convention experiences and as our kids got older our ability to take them to these weekend events has improved tremendously. Like many geek families, COVID put our convention attendance on hold, but things are reopening in our state this year.

Our first convention back wasn’t actually the Phoenix Fan Fusion, we opted for the Tucson Comic-Con, which is more local to us but smaller in terms of attendees. The guest list wasn’t as big or name-heavy as we know it from Phoenix. This isn’t a convention that features TV/movie guests like Leonard Nimoy, Adam Savage, Nathan Fillion, Bruce Campbell, Ming-Na Wen or Catherine Tate, plus multiple appearances by the legendary Stan Lee. Guests here typically include authors and comic book writers/illustrators. That difference might be a big deal to some, but for us it was just a different convention experience and it had some fun perks.

1) Being local meant not dealing with hotels. While we know people who chose hotels anyway, there was no packing for multiple days of travel, no arranging a pet sitter, and the kids had to wheel themselves into their own rooms and beds at night, meaning they slept much better than they did do it when there are four of us in a single hotel room. On the last day we expected our kids to have a slap in the face which we avoided this year and it was also a big plus that four people trying to get ready didn’t have a bathroom. Being local made it easier to convince a friend to try out her first convention, as attending also required fewer logistical challenges. It was also extra fun to see who we all met that we knew personally because it was absolutely a thing that happened on multiple occasions.

2) Vendors tend to be local, so you’re really supporting local artisans. The smaller the convention, the less likely it is that the vendors have traveled from far away. This meant that purchases tended to support local small businesses (several local gaming stores had booths) as well as artists/makers in our immediate area. With local artists, it can also be a lot easier to make arrangements for custom orders. One of my favorites this year was Jester Gurls Creations, who make these beautiful Pokémon terrariums that can even be lit. We picked up two of them and contacted a third to order because that Pokémon was already sold out. They are just beautiful and unique and mine sits in pride of place on my bedside table at home. My younger child already wants another one and a look at their Instagram account shows they also made Studio Ghibli and war of stars Drafts (I’m seriously going to need a grogu). Similarly deadly on my wallet is cloth designer Robyriker Designs, who have an amazing range of cloth designs on Spoonflower, including things like pirate icons, books, astronaut cats, science dogs, console game controls, and more. If you like premade things, check out her Etsy shop for a variety of items including zip bags, infinity scarves, and headbands. Yes, there is also the option to custom order headbands based on their fabric designs. Local food trucks were also called in to help meet the food needs and it was certainly nice to see the ones we are familiar with and love. While not really local, household favorite TeeTurtle had a booth for exclusive conventions and I can tell you that was just as dangerous as when they have site-wide sales. Overall, not paying for hotels and travel out of town allowed our budget a lot more to snag stuff from local vendors.

3) Time for smaller things. Usually when we are hoping to see large celebrity guests we plan accordingly to accommodate panel discussions and autographs. This may mean adding additional queuing or sitting times through other panels to guarantee seating. Smaller panels or activities may get a lower priority, although they could be really fun. I don’t usually make time for things like gaming because of this kind of time commitment. There’s also the fact that I’ve played long enough to encounter enough toxic players that I distrust groups where I don’t know the people running things. Luckily, not only did I have the time, but Wesley Lee and Levi Davis, who I know from Taekwon-Do, were there Legends of Kralis, a sci-fi tabletop role-playing game they both worked on, published under Talarius Gaming. Knowing the people running the games made me a lot more willing to get involved and it was honestly quite a fun experience for me and our middle schooler. I was particularly impressed by the space combat mechanics.

4) The costume and activity groups are also easier to include. The trick of meeting cool organizations at a convention that recruit but aren’t local can complicate the logistics of getting involved. A few hours away can be a big deal for regular attendance. While we’re not currently considering joining any groups, it’s nice to note that there are local costume and LARP groups in our area. In terms of people looking for communities to join, knowing what is actually and truly local to them can make a world of difference in finding something to participate in. Some of the more familiar groups are after Two years into COVID and I don’t think they’ll ever be a time when the droid builders who send BB-8 to roll me up and beep can’t ever send me absolute joy.

So if you are thinking of attending a small local convention I highly encourage you to do so and I think you will find that there are some fun aspects even once you have become accustomed to larger events. I definitely foresee attending Tucson Comic-Con again next year.

Want it? Take a second to support GeekMom and GeekDad on Patreon!