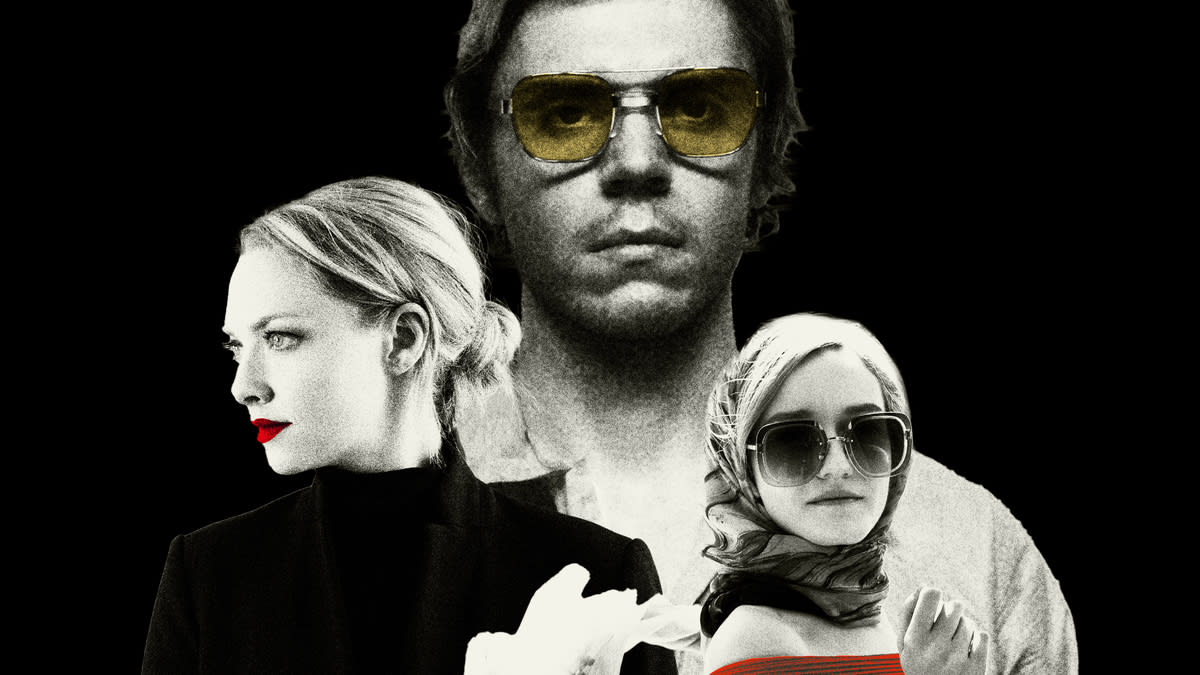 Jeffrey Dahmer is Netflix’s newest leading man. His name is familiar to many viewers, especially true crime fans. But the details of what he did have been obscured by time; I was a very young child when Dahmer neared the end of his reign of terror, inflicted primarily on blacks.

Monsters: The Story of Jeffrey Dahmer is both a standard entry into the true crime genre and a unique one. Rather than unfolding from the killer’s perspective, the Netflix drama details the heinous nature of Dahmer’s actions through the true story of Glenda Cleveland, a black woman, and his former neighbor. It’s heartening to learn that a black woman was the one who recognized Dahmer for who he was and tried to do something about it. But it’s also annoying — and tragically familiar — to know that her accounts of Dahmer’s misdeeds have repeatedly fallen on deaf ears.

After Dahmer’s arrest in 1991, Reverend Jesse Jackson traveled to Milwaukee, where Dahmer lived, and commented on the police’s failure to listen to Cleveland. “The police preferred the word of a murderer to an innocent woman,” he said in an interview at the time. Perhaps the words “white” and “black” were implied back then when Jackson pointed out the long-established racial power dynamic of our legal system. But they deserve to be mentioned explicitly: a white lie often carries more weight than a black truth.

The whiteness and his cloak of innocence rendered a black woman voiceless, resulting in the deaths of five other people before Dahmer would be arrested. But I only know all this from my own research. I no longer watch these off-the-headline dramas about whites who perpetuate crime — I refuse.

It’s a decision that aligns with my decades-long practice of limiting my interactions with white people as much as possible. I left the overt racism of the Midwest for the more covert racism of New York City. I lived in Harlem: increasingly gentrified but historic and still mostly black. I worked for a black owned business and married a black man. White people became less and less of a contemporary threat.

Living in New York, I would listen to friends and family talk about micro or macro aggression they had experienced from white people. I always responded with weak platitudes like “Damn” or “That’s crazy”. But in my head I would think, “I don’t get it.” The reach of white in my life had become more like an overcast sky than a dense fog. It cooled the warmth of the world, but it didn’t interfere with my daily movements.

Yet the white is never far away. And while white people weren’t a part of my life, I allowed them to sneak into my conversation.

Over the past decade, I’ve watched dozens of documentaries, TV specials, and movies about white people and their crimes. I began with stories about compelling cult leaders, à la Jim Jones and Warren Jeffs. I wanted to know what these men had said and done to convince people to follow them at the cost of their children, their liberty, and in some cases their lives.

Instead of being satisfied with the answer, I ended each project with nausea at what I saw. I immediately had to see good whites on shows like That golden girls instead of this, to rid my mind of images and ideals that reflected the worst of humanity.

It would have made sense for me to try these true crime dramas and documentaries a long time ago. But as studios and streaming services kept pumping them out — by all good things to Icarus, Framing Britney Spearsand Bad vegan, plus more innocent fare like White Hot: The Rise and Fall of Abercrombie & Fitch—I would always come back for more. I devoured both Netflix and Hulu’s Fyre Festival documentaries. I watched HBO The inventor shocked. In the early days of the pandemic, I laughed with the rest of the world as we pushed the moral failings of humans and animals aside King of the Tigers.

So much in the world has shifted this year, including my watch list. At the end of 2020, I was pregnant and the one-bedroom apartment, which was occasionally infested with cockroaches, became unsuitable. I couldn’t rationalize raising a child there. After a month or two of searching, we found a semi-detached house in Whitestone, Queens.

The area’s name was an omen. In the weeks following the move, I overheard some of our neighbors chatting about the “unnecessary” nature of the Black Lives Matter movement. One person explained that he doesn’t understand why black people want to play victims when they are the ones who commit most of the hate crimes against the Asian community.

I rocked my stomach, appalled that my unborn child’s neighbors were not only racist but also deeply misinformed. Despite viral internet videos, most anti-Asian hate crimes are committed by white people. In fact, white people are the biggest perpetrators of all hate crimes, most of which are directed against black people.

There’s a reason the people next door have been so loud and wrong about the nature of hate crime. Black people are being monitored. There is a saying that when you are black you are never alone because there will always be a white person in your business. I know that’s the case in our neighborhood. Walks with my son become an opportunity for passersby, who rarely exchanged greetings, to comment on everything from his clothes to the way I wore him that day. Even when I pick up my order for delivery at a nearby restaurant, I may find myself faced with mostly white patrons who are silenced and suspicious by my entry. They look at me with varying degrees of unwelcome: from curiosity to apprehension to disgust.

I realize that these comments and reactions are meant as a reminder that as black people we are always being watched. Whites now live largely unobserved in the world. The criminals among them get away with so much because nobody thinks to question the white people. Being white excuses them from suspicion.

For most black people in this country, this is an alien existence. The thought that I’m living the kind of unseen life required to sustain any kind of long-term criminal activity is preposterous. While I have no desire to steal, hurt, or kill people — or commit other crimes — it would be nice to know the privilege of presumed innocence and the inherent goodness that white people experience even when they don’t deserve it.

With my awkward reintroduction to the white man’s way of life, it’s becoming increasingly difficult to deduce anything of value from those true crime stories that once captivated me. It’s hard to be entertained by something that touches on the realities of your own existence and the lived experiences of so many black women. Netflix practically mocked me with their intimate document Conversations with a Murderer: The Ted Bundy Ribbons and later his biopic starring an incongruously handsome Zac Efron. I cleverly avoided both. Still, I couldn’t escape the sickening conversation about his supposed attractiveness. People went out of their way to ascribe virtue to being white, even when it was the image of evil.

Even when white people are justified in their crimes, the shows are still hard to stomach. in the I just killed my father, Anthony Templett, who released on Netflix last summer, opens up about killing his abusive father. I haven’t looked at this one either. I’m serious about my commitment. But I understand Templett’s crime was a just crime, one worthy of absolution. Templett, as the doctor suggests, admitted to the murder. He pleaded guilty to it. And today he is a free man. As a special condition of his sentence, he was allowed to take his high school diploma, visit a counseling center and even work. And he got a voice in the interviews he conducted for a documentary hosted by one of the world’s largest streaming services.

I can’t help but lament the fact that these kinds of second chances are rarely extended to black people. Chrystul Kizer killed her sexual abuser just a year before Templett killed his father in 2019. Despite years of documentation of his predatory and criminal behavior, Kizer is still awaiting trial. There’s no word on whether she’ll be accorded the same empathy that Templett received. You probably don’t know Kizer’s story because it hasn’t appeared in a big-ticket documentary series or movie. Much like our justice system, the plight of black people, whether criminal or victim, does not inspire the same intrigue or empathy.

When black stories are repackaged for our entertainment, the result can be damaging. It was the cousin of one of Dahmer’s victims who has stated publicly monster “retraumatizing”. Eric Thulhu, cousin of 19-year-old victim Errol Lindsey, shared that Netflix did not ask permission to share this painful moment in their family history. Instead of giving those affected a chance to safely speak publicly about their trauma, the streaming service took an exploitative route with reenactments. Even if monster tries not to romanticize the killer at the expense of the victims, this production choice is telling. What does it say about our priorities and our respect for Black life when a family’s suffering can be used to attract more viewers?

“What does it say about our priorities and our respect for Black life when a family’s suffering can be used to attract more viewers?”

While this cousin wouldn’t go so far as to tell people what to watch and what not, they asked two poignant questions. “How many more true crime stories do we need?” Thulhu tweeted shortly after monster‘s publication. “And for what?”

Jeffrey Dahmer was eventually punished for his actions, first by imprisonment and later by revenge killing by a fellow inmate. Of course, he’s not the only white criminal facing the consequences of his actions. But I’m concerned that these shows, whether documentaries or fictionalized recordings, are giving out some sort of sick note to white audiences. They remind them of their complexion for protection, even from the consequences of their own depravity. Commit a crime and disgrace with a Netflix documentary.

For people like me — black women and other people of color — the true crime phenomenon is a reminder that white people get away with murder, both literally and figuratively, while we are watched, questioned, and looked at with disdain because we are given dinner . Instead of labeling it for what it is—a travesty—we call this content binge-worthy. monster is currently the most popular show on Netflix.

It’s enough for me personally.