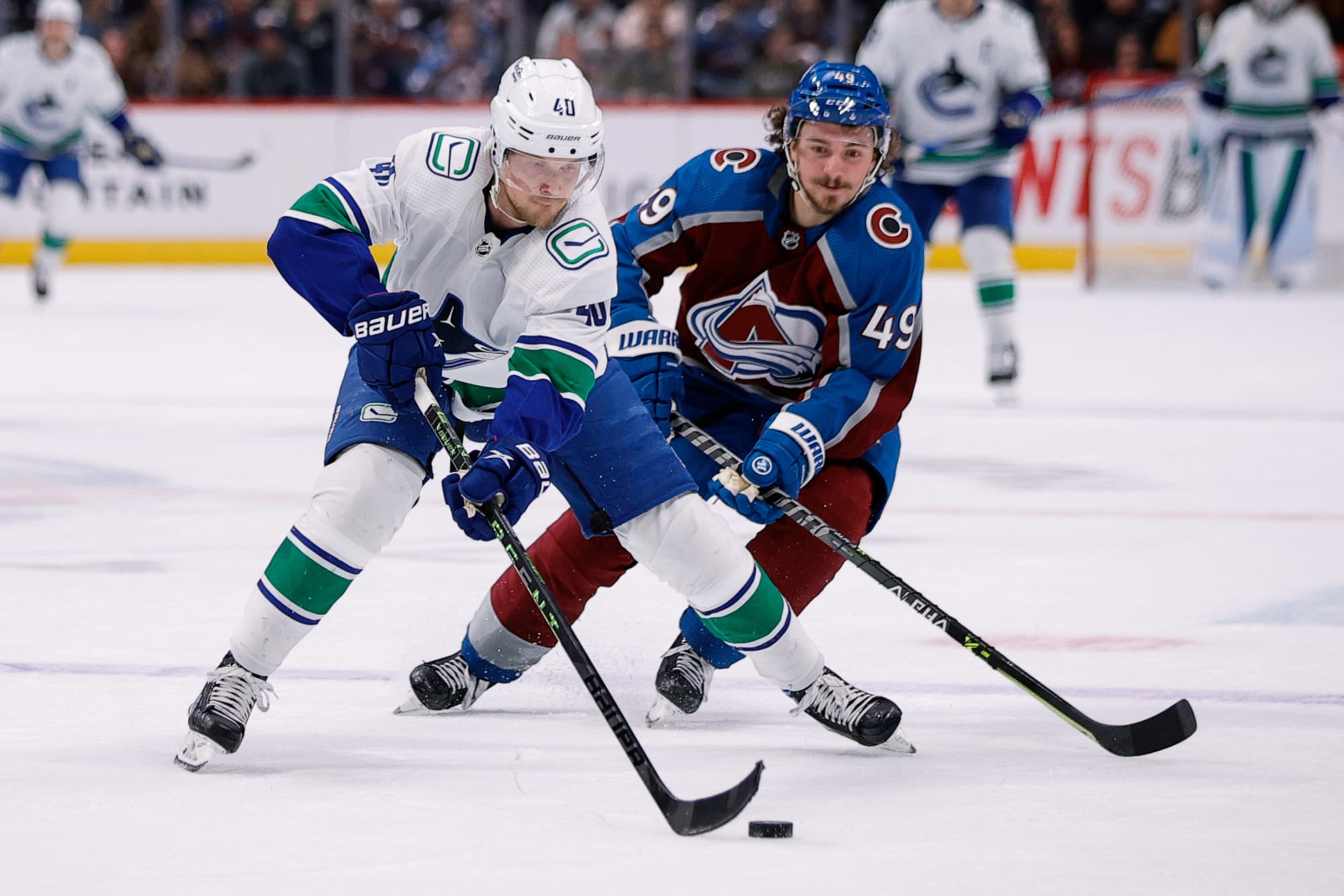 It was different with the Vancouver Canucks.

The team embarked on a three-game road trip Wednesday night, taking on Nathan MacKinnon and the Colorado Avalanche at Ball Arena.

It wasn’t the best start to the week for the Canucks, who squandered another multi-goal lead en route to another disappointing loss to the Vegas Golden Knights on Monday, giving both fans and the media even less excitement admitted the season drags on.

But despite the collapse of Monday’s third third (the seventh of the season, we might add), Vancouver still seemed optimistic about flipping the switch against the defending Stanley Cup champions.

Let’s start with the lineup.

Much to the delight of the fanbase, the biggest addition came on the Blueline when head coach Bruce Boudreau eventually brought Kyle Burroughs back into the third pair in place of Riley Stillman.

The bench boss also made a change in the fold, opting to start Spencer Martin between the whistles over Thatcher Demko. Both goalkeepers have underperformed this season but there is no question that Martin was the better of the two in that tandem, forcing Boudreau to make the decision, his supposed starter leading during Monday’s defeat to bench again against Vegas.

As expected, it was a fast-paced, high-energy battle against the Avalanche, with players like MacKinnon, Mikko Rantanen and Cale Makar showing exactly why they are three of the best in the entire game.

The Canucks managed to strike first in the contest, and they did it very early, thanks to Ilya Mikheyev’s fifth tally of the season. The Avalanche responded immediately, as expected, with two goals from Rantanen in the second half of the first frame to give his team a first-break lead.

As we’ve seen so many times this season, the captain stepped up when his team needed him and buried his 16th goal of the year to level the game again. With the goal, Horvat now has the most goals of any player, along with Connor McDavid and Jason Robertson.

Unfortunately, the Avalanche found a way to respond, and Makar pulled off a power play record to restore his team’s one-goal goal with less than five minutes left in the center picture.

At that point, it would have been typical for Canucks fans to lose all faith in this team.

With only 20 minutes left to score at least two more goals against one of the best teams in the league while making sure they don’t create their own offense against one of the most expensive but also most painful blueline teams ? That doesn’t sound particularly funny.

But against all odds, Vancouver managed to flip the switch, with Sheldon Dries and Ethan Bear leading the offensive en route to a 4-3 final draw in Denver.

Oliver Ekman-Larsson was the other player to record a multi-point night with two assists, while Elias Pettersson extended his point streak to four games with an apple of his own.

With the win, Vancouver improved their record to 7-10-3 and tied for fifth place in the Pacific Division with the San Jose Sharks.

The Canucks are now off for a few days until their Saturday night rematch against Vegas at T-Mobile Arena. Puck Drop is scheduled for 7pm PST.

What do you think of Wednesday’s win in Colorado? Let us know in the comments!