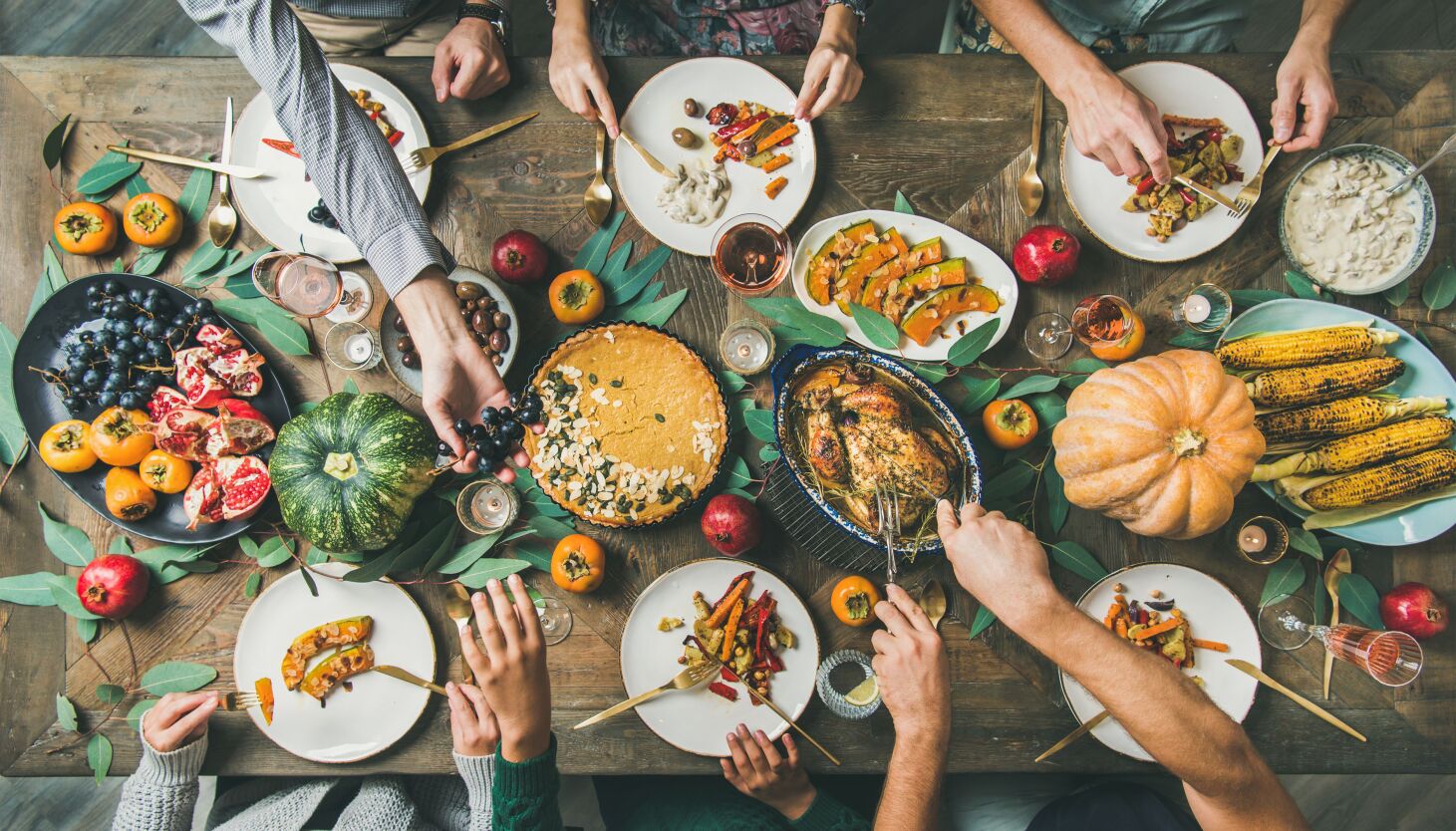 Pignanelli & Webb: Well, it’s Thanksgiving weekend and the only political controversy is who gets the last piece of pumpkin pie. Although it’s a time of relaxation with our families, your columnists have been busy using drone technology to overhear conversations about what people value on this holiday of gratitude. Here’s what we learned:

Every man, woman and child: We are very grateful that we can now watch TV and enjoy all of these pharmaceutical and automotive ads instead of the constant barrage of negative publicity from the Lee and McMullin campaigns and PACs that supported them.

All Utahns: We are truly blessed to be reminded regularly that a small group of hard working individuals – fired from elites – have shown teamwork, humility and perseverance to overcome difficult obstacles. This of course means our local hero, the new Utah Jazz (1st place in the Western Conference!).

Utah Parents: We are grateful for that Taylor Swift ignores Utah on their concert tour, so we don’t feel any pressure to buy tickets for our teenagers and endure all this hassle.

National pollsters, campaign pundits, political sages, media pundits: We are thankful that Americans have short attention spans and will likely forget that we have once again fallen short of our predictions and expectations this political season.

National News Media: We are grateful to the former President donald trump and his return to the national spotlight. It is a rating engine that gives us daily stories and more ad revenue. His new presidential bid will keep viewership and readership high among those who both love and hate him.

leader of the National Democrats: We are grateful to Trump and his army of election deniers. Without her, this would have been a terrible choice Year.

National Republican Leaders: We are grateful to Trump and his army of election deniers. Because of the casualties they caused, we can now remove them from our ranks and move on to new leaders.

Advertising agencies, newspapers, TV and radio stations, graphic designers: We are deeply grateful for the cornucopia of blessings our democracy offers, especially a Supreme Court that affirms the First Amendment right to unlimited spending by super PACs and eager billionaires. May they prosper and raise more and more dollars to spend with us on their causes, right and left.

Sen. mike lee: I am grateful to the President yeah bidenspeaker Nancy Pelosiand Majority Leader in the Senate Chuck Schumer. They made such great slides in my campaign ads that evoked guaranteed Republican votes.

Sen. Mitt Romney: I’m grateful that I don’t have to keep saying “I told you so.” Political pundits in the media and even high-profile Republicans are confirming what I’ve been saying all along: Trump and his followers would hurt Republicans this election year.

Mayor of Salt Lake County Jennie Wilson: I am thankful for Suzanne Harrisonelection to the district council. Thank God the Council is no longer veto-proof.

State Chartered Accountant John Douglas: I congratulate all my fellow politicians on their electoral successes. But I’m thankful none of them broke my record for the highest number of votes collected in a nationwide race.

governor Spencer Cox: I share the gratitude of many that the elections are over, along with the unrelenting pressure to raise funds. Now it’s easier for me to solicit support for my gala next week.

Lt. gov. Deidre Henderson: I’m grateful that the elections in Utah were once again near perfect. Even die-hard election deniers are being silenced.

congressman John Curtis: I’m thankful the election is over because now I can wear my crazy socks again.

congressman Chris Stewart: I am grateful that American democracy has triumphed and that a Republican majority controls Congress. Now I hear that wonderful word “Chairman”.

congressman Burgess Owens: I appreciate voters’ voters’ votes of confidence and that they didn’t care that I called off the debate.

Mayor of Salt Lake City Erin Mendenhall: I am grateful for the generally peaceful relationship between my office and the city council, legislature, governor and just about everyone else in the state. Just what I need for my upcoming 2023 election.

Senate President Stuart Adams and house speaker Brad Wilson: We are grateful for Utah’s economy… and for the generous surplus we will have at the next session.

Pignanelli & Webb: We’re grateful that the elections are over, the holidays are here, and that the politicians we tease have a sense of humor – at least most of them!