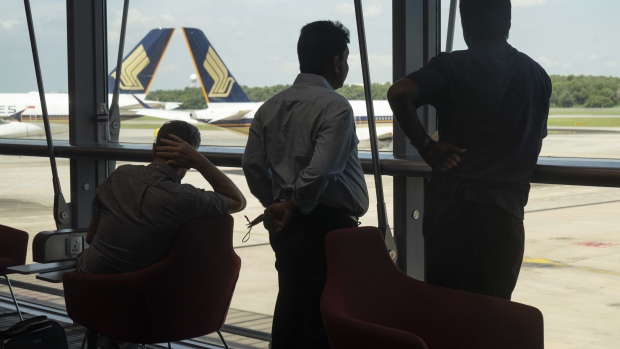 (Bloomberg) – Business travel returns for Singapore Airlines Ltd. with appointment bookings accounting for a similar share of ticket sales as before the Covid pandemic after border restrictions were lifted.

“Since April this year, when Singapore fully opened its borders, we have seen a strong upswing in business travel,” the airline’s executive vice president of commercial operations Lee Lik Hsin said at a briefing on Thursday.

Lee was speaking the day after Singapore Airlines released its full-year results, which showed its net loss narrowed to S$125 million (US$90 million) in the second half through March. Demand has improved across cabin classes as key markets — apart from China — remove travel restrictions, the airline said, a point echoed by Lee.

“The momentum we’re seeing in our advance bookings is resonating across all customer segments,” he said, adding that the airline expects strong passenger growth this year.

After some gradual easing from September, Singapore further eased its border restrictions in April, allowing fully vaccinated people from around the world to enter without quarantine or Covid testing. Singapore Airlines passenger traffic hit 1.45 million last month, the highest since the pandemic began, and 72.7% of seats were occupied.

The airline said inflation, particularly fuel prices, remains an issue. That weighed on its shares Thursday morning, when they fell as much as 2.8%, the most since February 24. As of 3:10 p.m. local time, they were down just 0.4%.

Singapore Airlines’ fuel costs rose to S$1.38 billion in the second half of the fiscal year as the company operated more flights. During this period, sales more than doubled to S$4.79 billion.

The airline has hedged 40% of its fuel needs through June next year at an average of $60 a barrel. Brent’s average price in January-March was around $97 a barrel, boosted by sanctions against Russia over its war in Ukraine.

Passenger traffic at Singapore’s Changi Airport this month has risen to more than 40% of pre-Covid levels from less than 20% in March, Transport Minister S Iswaran said on Tuesday. The government is aiming for the airport to be able to handle at least 50% of pre-pandemic visitor numbers later this year.

Singapore Airlines has hired cabin crew as it expects to be operating at 67% of pre-Covid capacity by September and serving over 70% of its destinations.