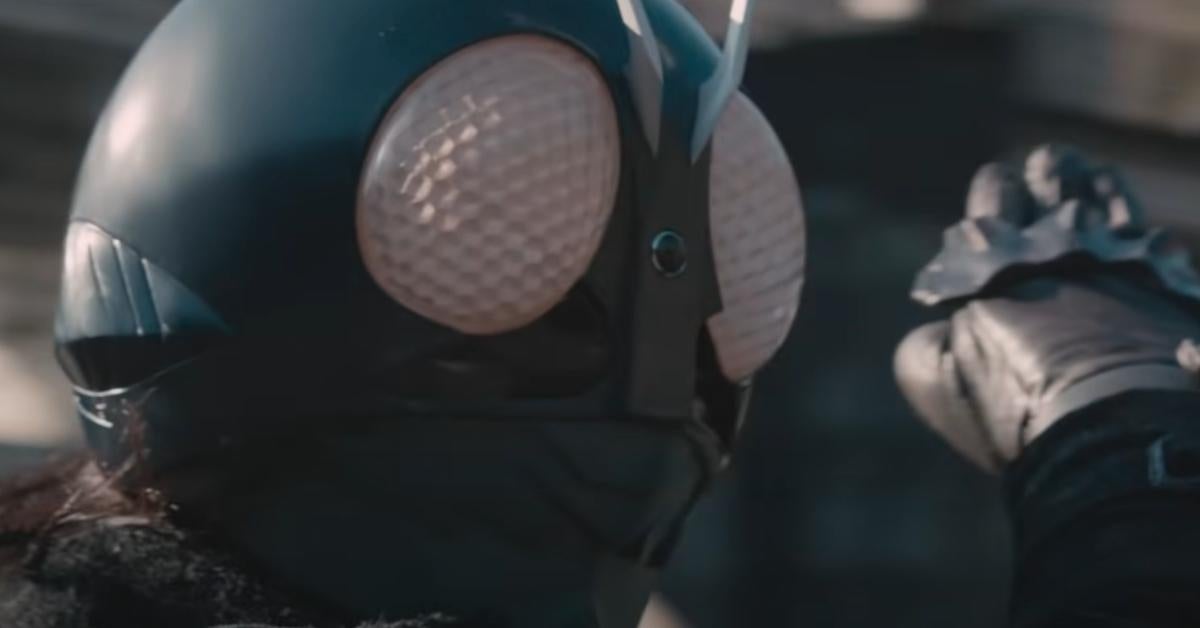 Shin Kamen Rider, the next big entry in Hideaki Anno’s growing Shin universe, has released its first real poster along with the first synopsis for the upcoming movie! Toei is celebrating the 50th anniversary of its hugely popular and long-running Kamen Rider Tokusatsu franchise and is breaking new ground. Much like Hideaki Anno, the creator of Neon Genesis Evangelion, rebooted Godzilla and Ultraman with new settings for a new generation, Kamen Rider is getting its own Shin upgrade. To celebrate the release of Shin Ultraman in theaters across Japan, fans were finally able to see more of what’s next.

Debut of a new teaser and first poster for Shin Kamen Riderthe poster also contains a notable banter about the film itself, further confirming that it is a new take on the original hero. The brief synopsis teasing the story is as follows: “Kamen Rider Takeshi Hongo is an extended human. He was enhanced by SHOCKER, an all-loving secret society that strives for happiness for humanity, beings remain human.” Check out the new poster and hyped Shocker logo below:

Kamen Rider Takeshi Hongo is an augmented human.
He was upgraded by SHOCKER, an all-loving secret society that seeks happiness for mankind.
Kamen Rider is committed to fighting SHOCKER to ensure people stay people.

Shin Kamen Rider is currently slated for a release in all theaters in Japan in March next year, but has not announced any international release plans at this time. Neon Genesis Evangelion Creator Hideaki Anno is writing, producing and directing the film, with original franchise creator Shotaro Ishinomori also directing the new film. New staff announced for the film include, among others Neon Genesis Evangelion Mechanical designer Ikuto Yamashita (who has been confirmed as the one who designed the new Cyclone bike) and designers Mahiro Maeda and Yutaka Izubuchi, who previously worked with Anno.

What do you think? How do you like the look of Shin Kamen Rider so far? Overall, how did you like the look of each Shin Universe project? What are your hopes for this new take on the famous tokusatsu hero? Let us know your thoughts on this in the comments! You can even contact me directly for animations and other cool stuff @Valdezology on Twitter!