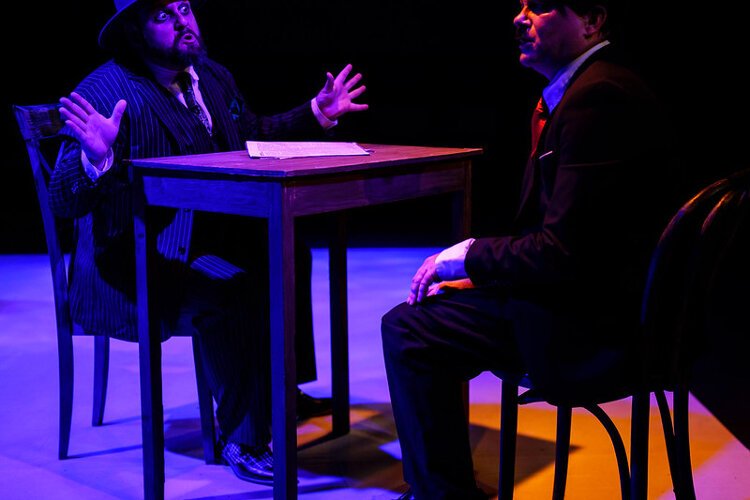 The director of Tampa’s Jobsite Theater has a Latin slogan tattooed on his chest, which translates to “Through adversity to the stars.”

Nothing could be more fitting for the life of David Jenkins these days. For the past three years, the ravages of the COVID pandemic have kept audiences away from live performances at Jobsite’s home, the intimate Shimberg Playhouse at the Straz Center for the Performing Arts.

“It’s been really hard to make ends meet over the last three years,” says Jenkins, Jobsite’s artistic director of production and co-founder. “We bled dollars to get people paid. But we’re one of the very first in the county to reopen.”

After two seasons interrupted by COVID, Jobsite returned to the Shimberg with a bang, directing Bertholt Brecht’s satire on Hitler’s rise to power, The Resistible Rise of Arturo Ui. The performances began on May 13th and will last until June 5th. 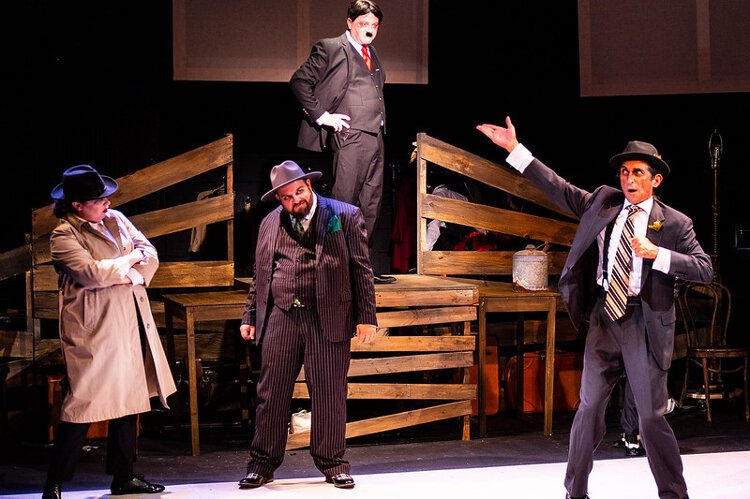 The Jobsite Theater is performing The Resistible Rise of Arturo Ui until June 5th.

It’s a return to normal after a period of uncertainty. Between March and September 2020, Jobsite was completely closed.

“We tried productions on video, but not everyone wanted to see it,” says Jenkins.

Months after the pandemic really took hold, Jobsite launched outdoor performances of Shakespearean plays on the Riverwalk Stage at Straz.

“We were really surprised,” says Jenkins. “We were sold out for a month.”

Jobsite moved back indoors to the 292 seat Jaeb Theater in October 2020. Due to the distance required by the pandemic, they were only able to fill the audience at 35 percent of capacity.

“That made it incredibly expensive,” says Jenkins. “It was very difficult to employ people. 95 percent of American artists are unemployed.”

In March of that year, Jobsite finally moved back home to the 130-seat Shimberg Playhouse.

“A lot of people aren’t feeling well, so we miss them,” says Jenkins. “The audience wants out. They’re looking for a good time and aren’t interested in being vetted. They want to be comfortable.”

Due to COVID, Jobsite has had to hire more housekeepers to keep the facilities fully sanitized. Staff are tested for COVID before each performance. All of this adds up to around $16,000 in production costs at a time when theater seating is reduced due to pandemic spacing.

“I don’t know what the future holds for us now that our cash reserves are depleted,” says Jenkins.

But Jenkins is confident that the presentation of Brecht’s satire comparing Hitler to a 1930s gangster marks a turning point.

“Maybe we can start rebuilding now,” he says.