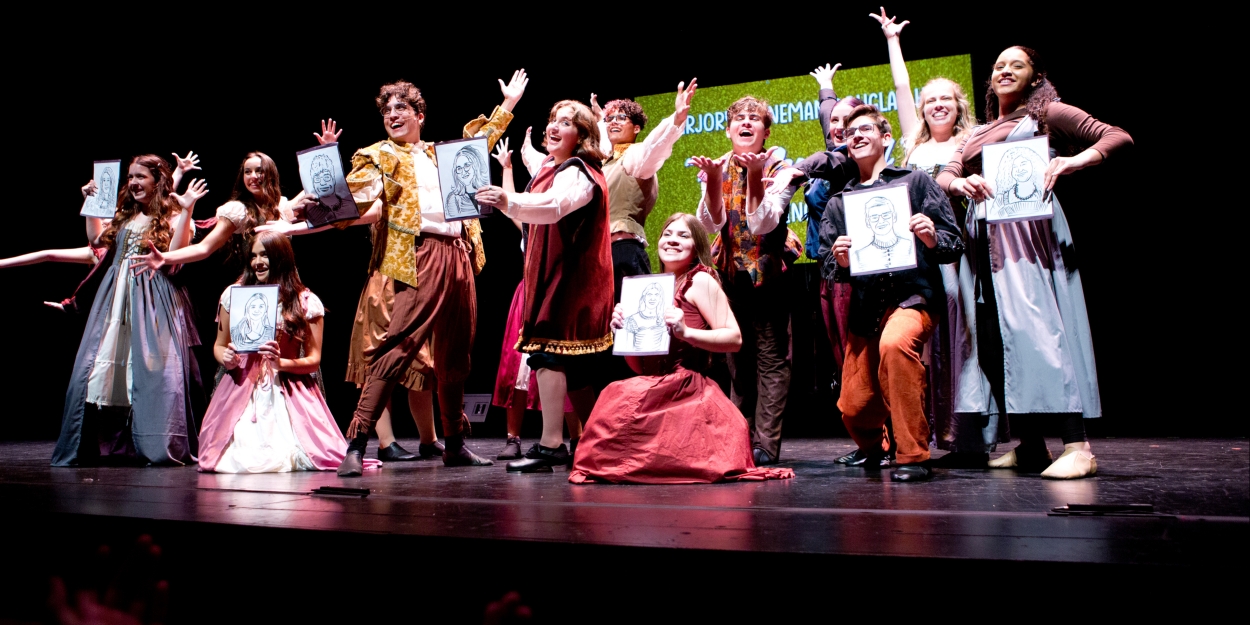 The South Florida Critics’ Awards Program, or Cappies for short, celebrated its 20th anniversary at the Broward Center for the Performing Arts, where the program began two decades ago.

“We were thrilled to celebrate our 20th anniversary season live at the Broward Center for the Performing Arts,” said Lori Sessions, Founder and Program Director of South Florida Cappies. “It was a wonderful evening of celebration for our outstanding theater artists and critics from Broward and Palm Beach counties. I’m so proud of their tenacity over the past few years. In the 20 years, teachers have changed, critics have changed, schools have changed, nominees have changed – even awards and our logo have changed, but one thing hasn’t changed: we all still share a passion for high school theater and the role of the Cappies in bringing students together, promoting respect between schools, encouraging student leadership, and building theatrical criticism, performance, and technical skills.

Nominees from 19 participating schools in Broward and Palm Beach competed for awards in 38 categories recognizing excellence in high school theater and honoring artists, designers, technicians, publicists and critics. Marjory Stoneman Douglas High School received the most awards for its production of the musical Something Rotten, with eight awards. The Benjamin School produced the most honored play, winning five for All My Sons. In addition, Melinda Berks and Susan Euler received two special awards for their services to Cappies.

“The Cappies Gala is one of the most exciting nights at Au Rene Theater when students and their families, friends and teachers come together to celebrate the outstanding talent in our high school theater programs – on stage, behind the scenes, or as critics .” said Kelley Shanley, Broward Center President and CEO. “This year’s gathering was a testament to the dedication and commitment of our high school theater community after the challenges they faced bringing shows to the stage last season . This milestone celebration was a reminder of the power of the arts to unite us.”

The gala, which was modeled after the Tony Awards on Broadway, featured songs and scenes from the best nominated shows. The Cappie Award winners are determined by student votes in a weighted peer-reviewed voting process. Nominations are made by student critics from participating schools who attend competing schools’ productions and write reviews, which are then edited by drama educators and published on FloridaTheaterOnStage.com.

The Broward Center’s 2021-2022 season is generously supported by the Broward Performing Arts Foundation. AutoNation, Bank of America, Greater Fort Lauderdale Convention & Visitors Bureau, MasterCard and Sylvester Comprehensive Cancer Center are proud sponsors of the Broward Center. The programs are also partially sponsored by the State of Florida, the State Department, the Department of Arts and Culture, and the Florida Council on Arts and Culture.