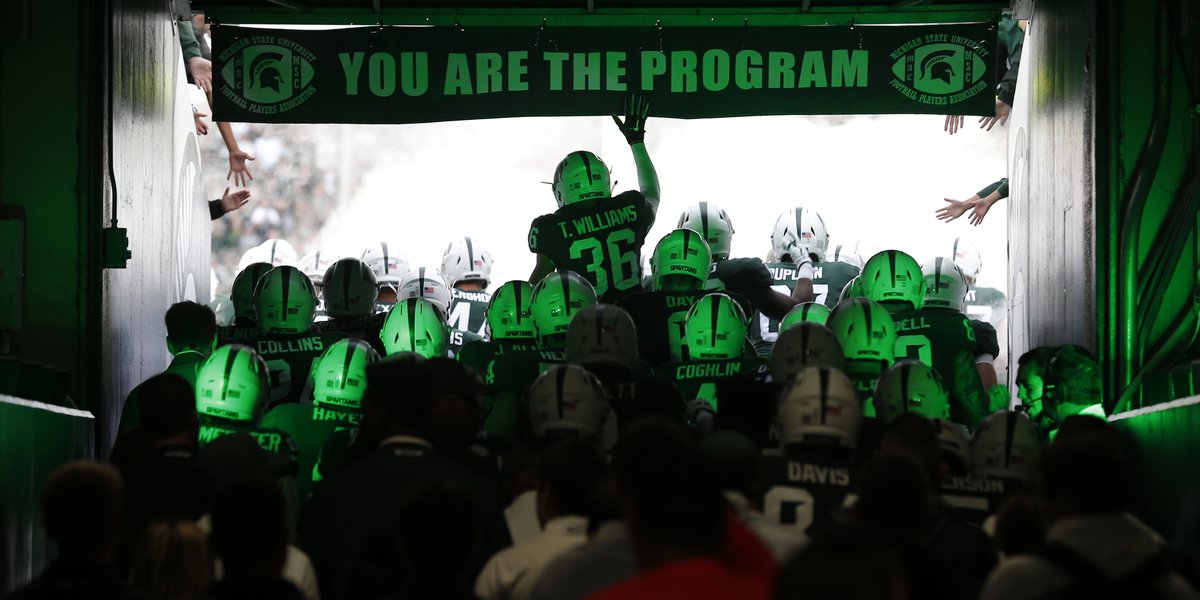 No. 3 Michigan plays No. 2 Ohio State rival on the road Saturday, a few hours before the Spartans end their regular season at No. 11 Penn State and need a win to be eligible for the Bowl.

On October 29, scuffles broke out in the Michigan Stadium tunnel after the then No. 4 Wolverines beat the Spartans 29-7. Social media posts showed Michigan State players poking, punching and kicking Michigan State’s Ja’Den McBurrows in and near a hallway that leads to neither locker room. Brown, Grose and Young are seen on video getting physical with McBurrows.

McBurrows and defenseman Gemon Green walked through the tunnel alongside the Spartans after the game while much of Michigan’s team waved them off the field after beating their state rivals for the first time in three years.

Green, in another post, is surrounded by police while yelling at Michigan State players across the tunnel.

Michigan coach Jim Harbaugh said one of the players, whom he did not identify, may have had a broken nose. He also said Green was hit by a Spartans player and McBurrows was tackled while trying to help.

“At the University of Michigan, we appreciate the thoughtful, deliberate approach of the Washtenaw County Attorney’s Office to this unfortunate incident,” Michigan President Santa J. Ono said in a statement. “We would also like to express our concern for all the players involved, particularly those who have been injured. The University of Michigan will continue to cooperate fully with further reviews of this matter.”

The Michigan State athletic director and soccer coach did not immediately respond to requests for comment.

Michigan State coach Mel Tucker suspended eight players – including Malcolm Jones, who is not charged with a felony – for their role in hand-to-hand combat.

“I am deeply saddened by this incident and the unacceptable behavior displayed by members of our football program,” Stanley said in a statement at the time. “On behalf of Michigan State University, I would like to sincerely apologize to the University of Michigan and the injured student-athletes.”