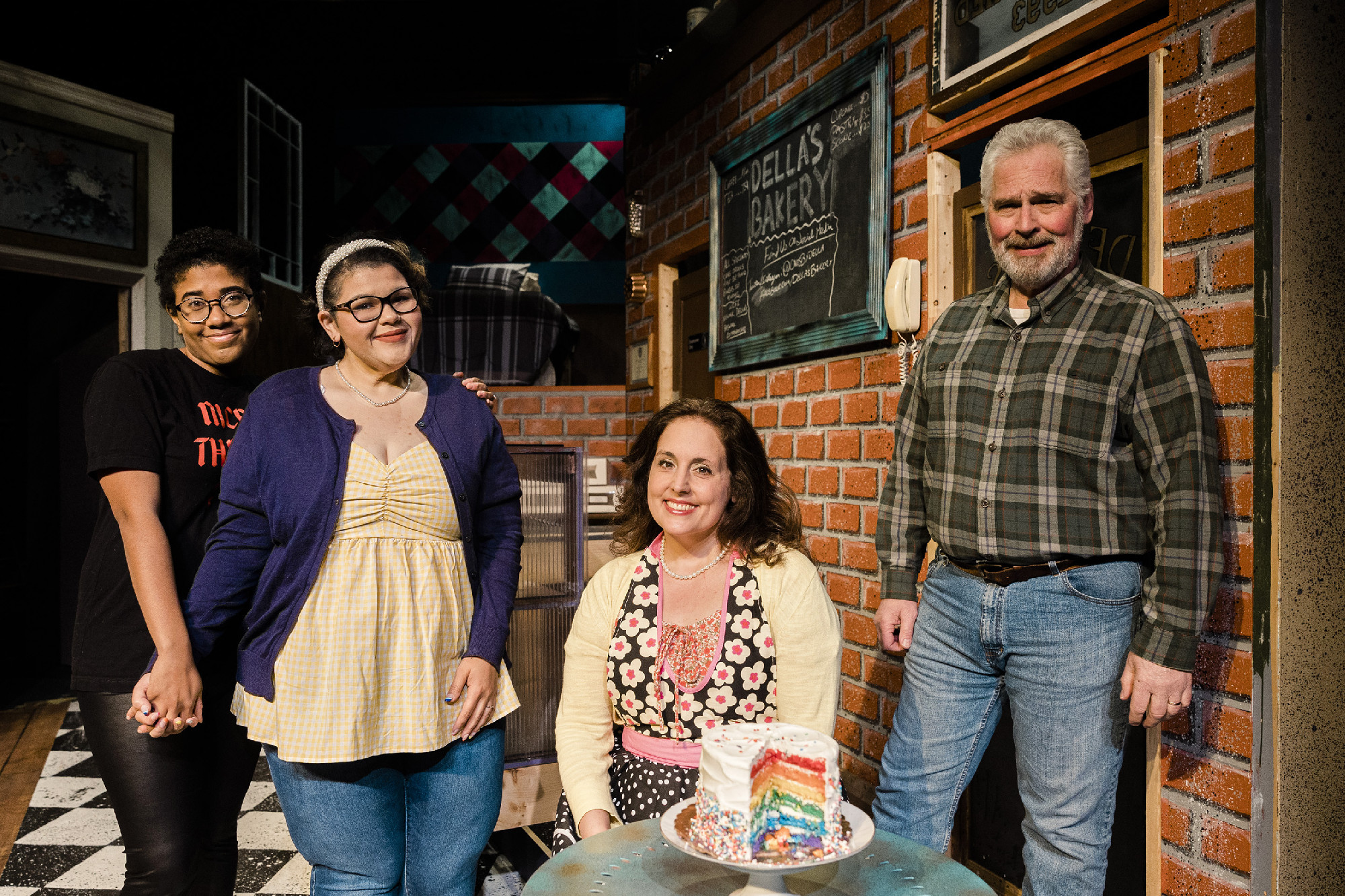 “The personal is political,” said the feminist Carol Hanitsch more than 50 years ago.

Perhaps we know this concept today as “identity politics”.

In Schenectady Civic Playhouse’s excellent 85-minute production of “The Cake,” a 2019 play by Bekah Brunstetter inspired by the famous Colorado lawsuit against a baker who refused to bake a wedding cake for a gay couple , you are in familiar cultural territory – a baker confirmed by the Supreme Court.

Brunstetter’s screenplay reverses the genders of the baker and the plaintiffs from male to female, and instead of focusing on the logic of the controversy, we keep our focus on the beliefs, desires, and needs of the fictional characters.

Della (Josephine O’Connor) owns a bakery in a North Carolina town, but her ambitions extend beyond four walls: she becomes a contestant on a telecast national baking competition and chats with an unseen British judge during the play.

Jen (Elizabeth Sherwood Mack), Della’s goddaughter, visits her hometown unannounced from New York City and asks Della to bake a wedding cake for her marriage to Macy (Monet Thompson), a young black woman. Stunned by Jen’s announcement that she is a lesbian, Della declines her request because her October calendar is full.

Macy, a journalist, quickly sees through Della’s lie, and it soon becomes clear that Della and her husband Tim (David Orr) do not condone gay relationships because of their religious beliefs.

The lines are drawn and the rest of the play, made up of numerous scenes, explores everyone’s point of view. In the case of Tim and Macy, these diametrically opposed views are pretty much spelled out: “The Bible tells me so” versus “love is love.”

But a real struggle for understanding occurs between Della and Jen, largely because of their shared history, and it is here that the play finds deep emotion and becomes more than just a framework for polemics.

Brunstetter also creates some humor and poignancy in Della’s imaginative conversations with the contest judge; in the relationship between Tim and Della; and in the opening monologue, which ironically foreshadows all that Della will soon experience outside the kitchen, her clear recipe for life becomes a smorgasbord of missteps.

The staging (Jennifer Van Iderstyne, producer) is exemplary. Set design by David Zweirankin and lighting design by David Caso work together to reveal the action in four different locations. Laura Graver’s costumes are vividly reminiscent of the four personalities. And the rest of the production staff lives up to SCP’s high standards, which we’ve come to appreciate.

Sara Paupini (assisted by Cori Irwin) makes her directorial debut on the main stage. Its cheap! Each scene is a mini-drama, and she helped her cast find the point and tone of each scene. And the pace of delivery is reasonable.

Tim of Orr infuriates: A bigoted man, right? When Tim doesn’t completely change his mind, he grows noticeably thanks to the sweetness Orr brings to a late scene with Della.

Thompson’s Macy is not one to argue with. She has a quick comeback for everything, and she has the intellectual “right” on her side. we feel it She is stable. We need her, even if she’s a bit exhausting. A finely etched depiction.

In a beautiful performance that grows from innocence to wisdom, Mack subtly reveals the many facets of Jens, a young woman able to stand up to bigotry but regrets having to do so, when it comes to people she loves.

From Della’s light-hearted opening monologue to a series of rude awakenings, both professional and personal, O’Connor creates a woman we love and care about. O’Connor’s lyrics and confident stage moves are seamless, heartfelt no matter how emotional he is. A terrific SCP debut.

And the uncredited voice of George the judge is top notch.

As Della says, “I have a brain and a heart for war.”

These days, so true.

More from the newspaper: