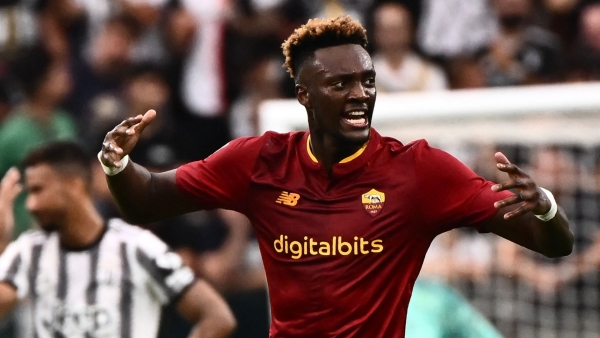 Jose Mourinho would consider introducing diving lessons for his Roma stars over fears they could win penalties just by ‘playing the clown’.

The head coach was shown a red card in Sunday’s 1-0 home defeat by Atalanta after fiercely protesting when Nicolo Zaniolo went down in the 55th minute under a challenge from Caleb Okoli but was denied a penalty.

Mourinho was adamant his team deserved a penalty for the incident and he also wanted one in the first half for another challenge against Zaniolo when Merih Demiral appeared to foul the Roma striker.

Zaniolo continued to stumble and get back up after messing with Demiral and the referee’s refusal to point to the point on that occasion seemed to fuel Mourinho’s subsequent tirade.

Marching onto the pitch, gesturing and complaining, Mourinho gave referee Daniele Chiffi no choice but to send him to the stands.

“I tried to speak to Chiffi after the game,” said Mourinho. “When a referee tells me it can never be a penalty if a player doesn’t fall down, then I have to start telling my players to fall down. I asked him to tell me why he didn’t give a penalty but Chiffi didn’t give me a clear answer.

“Well he said it was a matter of interpretation. But for me it’s not an interpretation; it’s a penalty and that’s it. The player can still continue the action and then go back and award a penalty.

“I want to be the best coach I can be – if instead we have to start clowning and pretending we’re at the pool then I’ll change our training.”

Mourinho’s team won a penalty missed by Lorenzo Pellegrini in the last Serie A game against Empoli.

Replays of the incident in the second half on Sunday suggested Zaniolo and Okoli had wrestled over each other’s shirts well before Roma’s demise.

Mourinho was asked if he expected further action over the outbreak, which was seen as angry.

Quoted on Roma’s official website, the former Chelsea and Real Madrid manager said: “Angry? I went on the pitch and if the rules say I can’t, I have to be sent off – and that’s all on it. Let’s not do it.” Things that didn’t happen.”

Giorgio Scalvini scored the only goal of the game in the 35th minute, a skillful shot from the side of the box that shot through a crowd of players and found the bottom right corner.

That leaves Atalanta in second place at the end of the seventh round of Serie A matches, with Napoli overtaking them on goal difference on Sunday night after the 2-1 win in Milan. Roma are in sixth place, four points behind the top two. 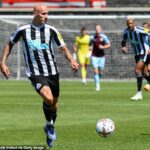 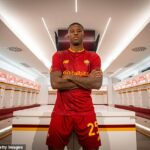 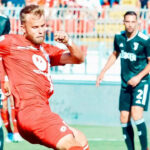 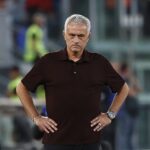 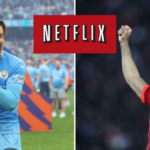 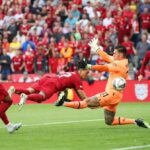