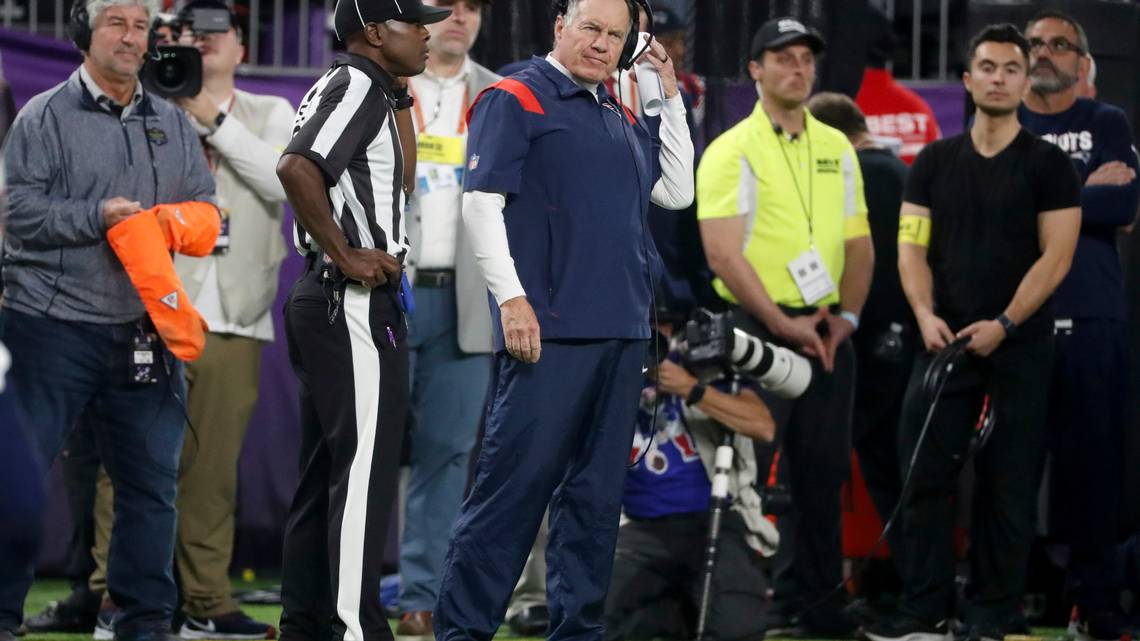 After a long re-examination, the call was turned into an incomplete pass. The Patriots had to settle for one field goal — and didn’t score another goal in the 33-26 loss to the Vikings.

“They shouted what they shouted,” said Henry. “I think I caught it, but they called. I just have to live with it.”

Officials, with Referee Alex Kemp leading the group, consulted with the NFL during the review. The finding was that the ball hit the ground and Henry lost control.

Henry seemed to have one hand under the ball as it hit the turf. The ball broke loose but he held and maintained possession. It was the temporary loss of control that led to reversal.

Patriots coach Bill Belichick was in no mood to discuss the reversal in his post-game press conference.

“Why don’t you guys take your pool reporter to the officials and ask them about the play and have them explain it to you,” Belichick said.

Henry was more forthcoming about what the officers told him.

Vikings coach Kevin O’Connell said: “I thought for the most part we were either looking at a quarter and an inch or it was incomplete. They did a great job of communicating with me throughout the scenario and it ended up being overturned. I think it’s one of those things that could have gone a lot of different ways, but I was very happy it went the way it did.”

Henry’s non-catch ended a night of efficient offense for New England as the two teams traded blows on Thanksgiving night. After the turn, the Patriots struggled to find equal success in moving the ball.

New England went three-and-out on the next two drives while Kirk Cousins ​​and Justin Jefferson helped the Vikings to another second-half comeback win.

“We have to go from this play and play the rest of the game,” said Patriots quarterback Mac Jones. “There was a lot of time left and there were other times we could have put it in and that wouldn’t even have been a problem.”

Nick Folk had four field goals, another sign of ongoing trouble in the red zone. In three trips within Minnesota’s 20, the Patriots never crossed the goal line. New England started the week scoring touchdowns at 42.9% in the red, the second-worst mark in the league.

“We’ve done some good things better than we’ve ever done,” Henry said. “In the end we still made some crucial mistakes, lost yards, negative moves. Must keep getting better.”