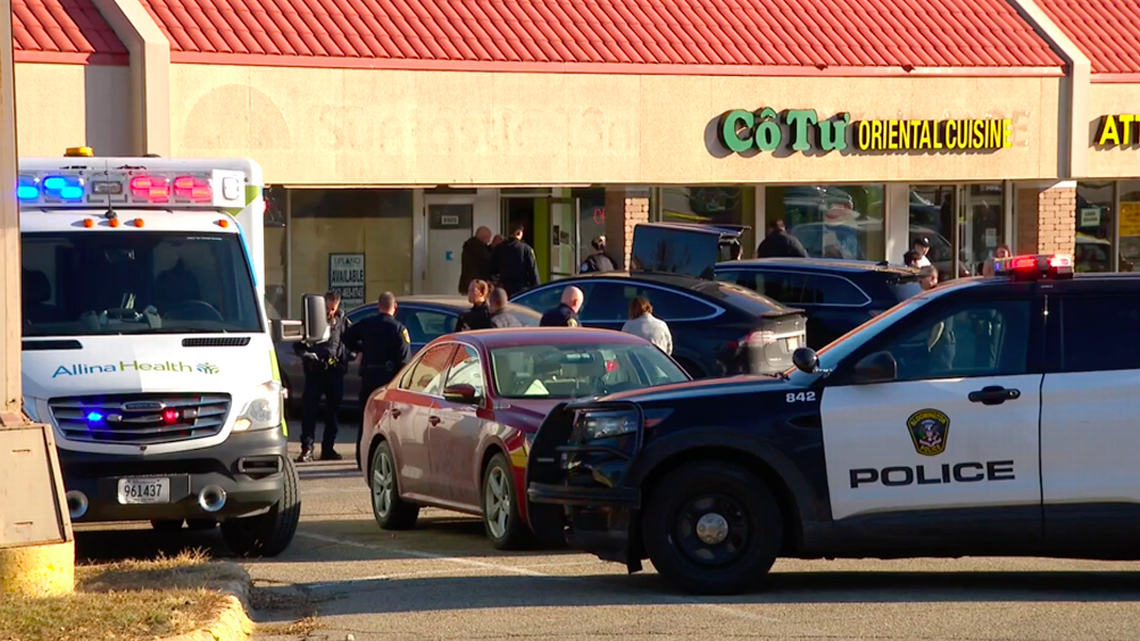 To update: A 47-year-old Texas man has been arrested in Oklahoma in connection with a deadly shooting at a Minnesota restaurant, police officers say.

According to reports, Aaron Le fled in a white Mercedes Sprinter van Police in Bloomington, Minnesota. With the help of officers in Kansas and Oklahoma, he was located and arrested at 12:30 a.m. on Nov. 24, about 11 hours after the shooting, police said.

Fees were not disclosed. It’s unclear where in Texas Le is from.

“Our hearts go out to the victim and his family as this should be a time of celebration for them, but instead it is an immense sadness,” Bloomington Police Chief Booker Hodges said in a press release.

The original story is below.

The shooting took place at around 1pm on Wednesday, November 23, at the Cô Tu’ Oriental Cuisine in Bloomington, police said in a news conference.

Bloomington Police Chief Booker Hodges said the suspect was wearing a maroon hoodie and purple surgical gloves when he entered the restaurant. He also wore an “old man” Halloween mask, according to multiple outlets, including WCCO.

He was carrying a pistol and was twice wrestled out of the restaurant by a group of four or five customers, Hodges said. When he entered a third time, he started firing his gun.

A 49-year-old man, described as a “frequent customer” at the restaurant, died after being shot multiple times in the midsection, the police chief said. He has not been publicly identified.

Hodges said a 25-year-old restaurant worker suffered non-life-threatening injuries after being shot in the leg and buttock.

The suspect fled after the shooting and has been at large as of Thursday, November 24.

The murder was Bloomington’s first homicide of 2022, according to Police Chief. Bloomington is about 10 miles south of Minneapolis.

Police have not identified the shooter, who described Hodges as “nothing but a cold-blooded killer.” A motive for the shooting is unclear.

“Do us all a favor and just introduce yourself,” Hodges said. “In Bloomington, you don’t shoot people and think you’re enjoying the perks of a free society because our detectives will keep looking and eventually lock you up.”

Mike Stunson reports real-time news for McClatchy. A 2011 graduate of Western Kentucky University, he has previously worked as a sports reporter for the Paducah Sun and Madisonville Messenger and as a breaking news reporter for the Lexington Herald-Leader.
Support my work with a digital subscription