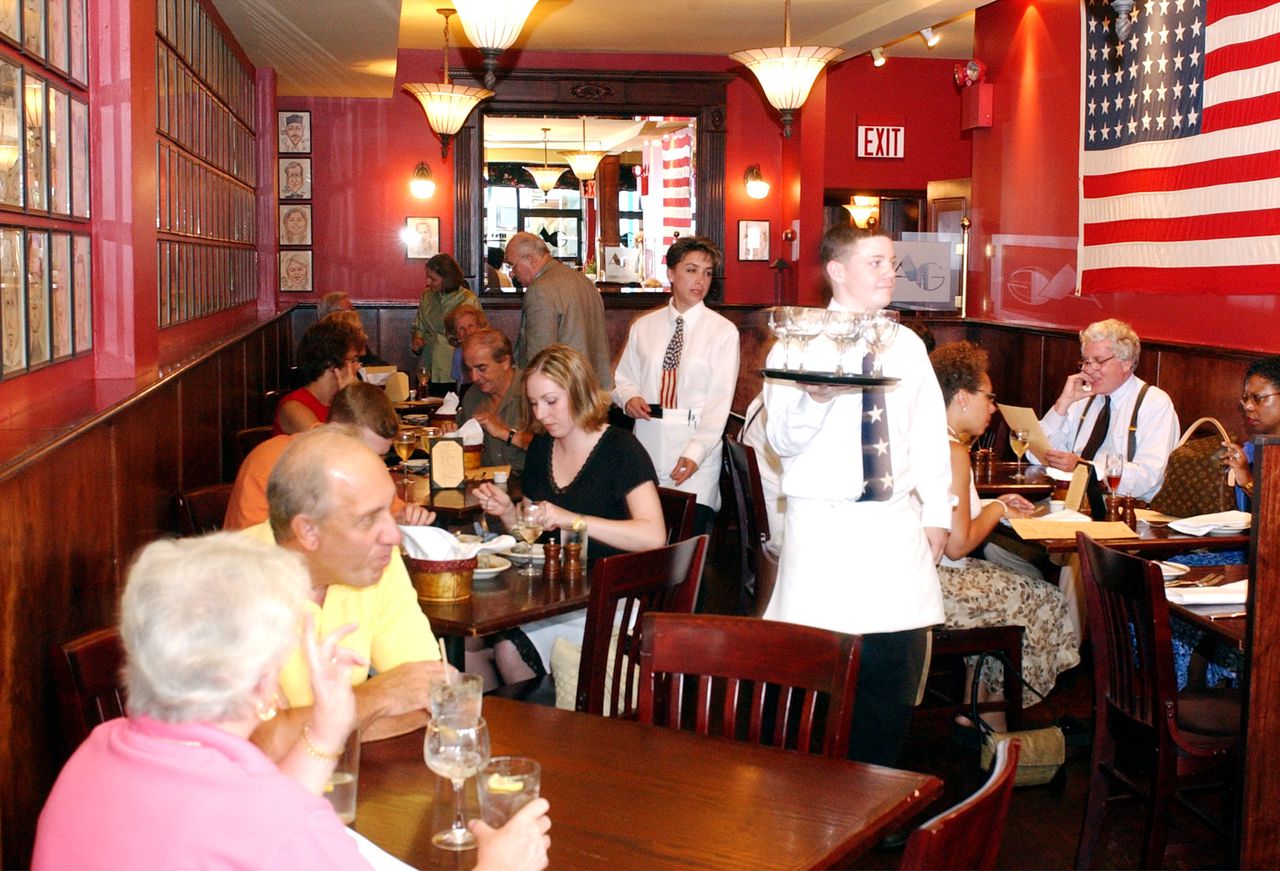 STATEN ISLAND, NY — Each year as hurricane season hit, our American Grill chef brought out his favorite fall appetizer — “Pumpkin in a Nest” — bacon-wrapped shrimp smothered in a small sugar squash with a pumpkin Lobster Cupcake Soup stuck to dip. With Ian in the air, memories of this dish are bittersweet and forever associated with clear weather — and the torrential downpours that come with the season.

We, the folks at American Grill, feared the rain. At our West Brighton location near Metropolitan Avenue and Forest Avenue, the neighborhood’s underground rivers and undulating nature transformed that corner into the flood plains of the Mighty Mississippi. The underground infrastructure has seen some repairs by the city over the years. But it was a sight to behold during major storms when we were there in the early 2000s. And when the tropical rains came, the restaurant’s basement prep area was transformed into a swimming pool, despite sump pumps and French drains.

One Friday night, right after our first Staten Island restaurant review in advance, the dining room was finally full. At this time in American Grill’s history, the interior had just 12 tables with comfortable seating for 40, plus a canvas-covered backyard patio. Those waiting for tables were directed into the courtyard with their drinks to free up floor space.

Suddenly the sky opened up. People rushed in as rain came from the side and a waterfall began to flow over a retaining wall.

Guests crowded the main aisle of the dining room. None of the tables wanted to leave – and there’s a term for that, by the way. It’s called “camper” in the industry. That night, however, busboy Peter Pellegrito said something along the lines of, “They’re not campers, they’re Winnebagos.” A little levity helped — and the term stuck.

By 8 p.m. we were completely in the grass. We couldn’t turn the tables – and then we lost control of the seating. The guests began to offer free places at their tables to those who were standing. On our side we were unable to source the ingredients to complete the meals. Ice cream in a freezer and fruit and veg in the walk-in box lay in the distance below, held hostage by the rising water.

The chef, growing increasingly frustrated with the situation, grabbed two huge soup pots and headed downstairs. He climbed in and waded over to the freezer, then to the walk-in box. After a few trips like this, the line was refilled and operations could continue.

As for the guests, no one really knew about the madness that was going on among them, about the fight in the kitchen that night. Instead it seemed like a raucous, hilarious party taking place in the dining room. The guests made new friends with each other. And the experience really solidified the front and back of the house. Difficult conditions can bring out the best in human nature.

After that, news of heavy rain had the crew shaking, admittedly with nervous giggles. For serious reasons, we kept the soup pots on standby.

Pamela Silvestri is Advance Food Editor. She can be reached at [email protected].