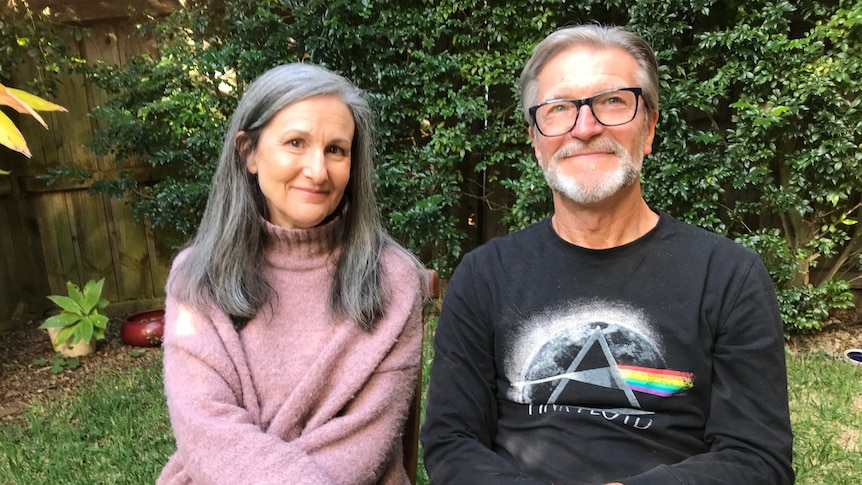 After Fred Bretthauer emerged from COVID-19 isolation, the 72-year-old mediator felt comfortable enough to play a gig with his band.

He and his wife Leonie Smith, who live in Sydney, had tested positive for COVID-19 in mid-July.

Mr. Bretthauer met eligibility criteria for Paxlovid, an antiviral treatment shown to reduce the symptoms and severity of COVID-19. At 61, Mrs. Smith did not.

“The drug probably had some effect and reduced the effect of the virus, and I thought, ‘This is great,'” Mr Bretthauer said, adding his wife had worse symptoms.

He tested negative on day six, left isolation a day later and went to his gig. But the next day his symptoms returned.

US President Joe Biden had just announced that day that he would go into a second round of isolation, known as an “infection rebound,” after previously receiving antiviral treatment.

Ms Smith said that after seeing the news, she suspected something similar was happening to her husband

“And then Fred came down and showed me the test with a mask and said, ‘Holy shit, I’m positive again,'” she said.

Mr. Bretthauer then spent more than a week experiencing mild symptoms, returning positive RATs and trying to navigate a confusing system that he felt was falling short of where it should be.

So what is known about these infection throwbacks, and what should you do if it happens to you?

What causes recurrence of COVID-19 infection after antivirals?

A rebound differs from reinfection and is characterized by the recurrence of symptoms or a positive RAT result after a negative test or the cessation of symptoms.

It is reported to appear between two and eight days after initial recovery and the disease is generally mild.

Paxlovid is a combination treatment for COVID-19 that uses two different antivirals – one that prevents the formation of new, active virus particles and one that boosts that response.

A course of treatment lasts five days and clinical studies show that it reduces the risk of hospitalization and death by 89 percent.

Scientists are still looking into what could be causing rebounds after Paxlovid, with theories including treatment not lasting long enough and treatment not starting at the right time.

“And we have to understand that an antiviral doesn’t actually kill the virus itself, it just stops it from multiplying.

“So if we take that antiviral pressure off and there’s still a virus in the system, it’s just going to start replicating again.”

How common is COVID-19 rebound infection after Paxlovid?

Brisbane resident Priscilla Maxwell, 71, is among a small but growing number of people experiencing a rebound after taking Paxlovid.

She tested negative during the course of treatment, but three or four days later her symptoms came back.

“And I just went back into isolation because I didn’t really want anyone else to get it,” she said.

Australia does not currently store data on the number of rebound infections and the research is still at an early stage.

“That seems to be rare,” said Sharon Lewin, director of the Doherty Institute.

“I think the most important thing for people to know if this setback occurs is that they can … most likely be contagious again.”

The U.S. Food and Drug Administration (FDA) said in May that Paxlovid clinical trial data showed 1-2 percent of patients either tested positive for a PCR after testing negative, or an increase in the through a PCR detected amount of virus test after completion of treatment.

What about other types of rebound infections?

As Paxlovid is the most widely used antiviral in Australia, it’s the one we hear about the most.

Another study, which has yet to be peer-reviewed, found that 12 percent of people screened with COVID-19 experienced a rebound regardless of whether they had been taking antiviral drugs.

Read more about the spread of COVID-19:

The researchers – from a range of universities, including Harvard Medical School – wrote in their preprint published on medRxiv that 27 percent of the participants experienced a rebound after their symptoms initially improved, and 10 percent had a rebound after the symptoms had completely subsided.

Professor Lewin said the study was “pretty convincing that in the absence of antivirals this seems to be happening more often than we thought”.

What should people do if they have an infection relapse?

Advice from the US Centers for Diseases Control (CDC), issued in May, said people with COVID-19 relapse “should restart isolation and re-isolate for at least five days.”

In Australia, however, the advice is less clear.

The federal health agency said people with symptoms, whether continuation or recurrence, should continue to stay at home while they are unwell and seek advice from their usual healthcare provider.

Mr Bretthauer said he spoke to a GP who told him to stop testing and that there was no need to re-isolate.

Current NSW health advice requires isolation for seven days from the first positive test result, but no longer than that unless you still have symptoms.

“I wasn’t happy with that advice,” Bretthauer said.

“I still had symptoms … I wasn’t happy going out in public.”

Mr Bretthauer was able to work from home and had a safe place to isolate himself to avoid the risk of contagion to her son, who was living with them at the time.

“But if I had to go to the office, I would have spread it,” he said.

In Ms Maxwell’s case, it was an episode of the ABC Coronacast that prompted her to continue RAT testing and to isolate until her symptoms passed.

“But everyone was very confused,” she said.

“I don’t blame anyone. It’s just that we’re obviously right at the forefront of a really experimental phase with an unknown virus.”

“The most important thing is to stay home if you have symptoms,” said Dr. Price.

“And maybe test again to confirm whether or not you have rebound infection, but still… follow all the usual protocols.”

She said she expected it would be a “live question” that the RACGP would work through with the health department.

Should I still take antivirals?

The experts ABC spoke to – and all the available scientific data – say eligible people should definitely take antivirals if they can.

“Rebound is rare. That doesn’t mean that the antiviral drugs haven’t worked. They will still work in limiting disease,” Professor Lewin said.

The May CDC’s advice was that the recovery was generally mild and there was no evidence that further antiviral treatment would be needed. However, it is being investigated whether antivirals would help again during the recovery phase.

Scientists are also investigating whether a longer course would be useful, although current evidence suggests that would not be the case.

“These antiviral drugs still prevent death, as far as the data currently indicate. And let’s face it, no one wants to die,” said Dr. Herrero.

“So I would be very committed to taking the antivirals for these high-risk patients.”

What you need to know about the coronavirus: 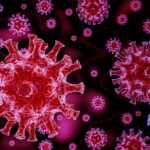 People with food allergies have a lower risk of COVID-19

Have you been vaccinated and had a Covid infection? According to the study, you’re probably best protected from Omicron. Joe Biden tested positive again for COVID-19 after his Paxlovid treatment. It appears to be a “rebound” case