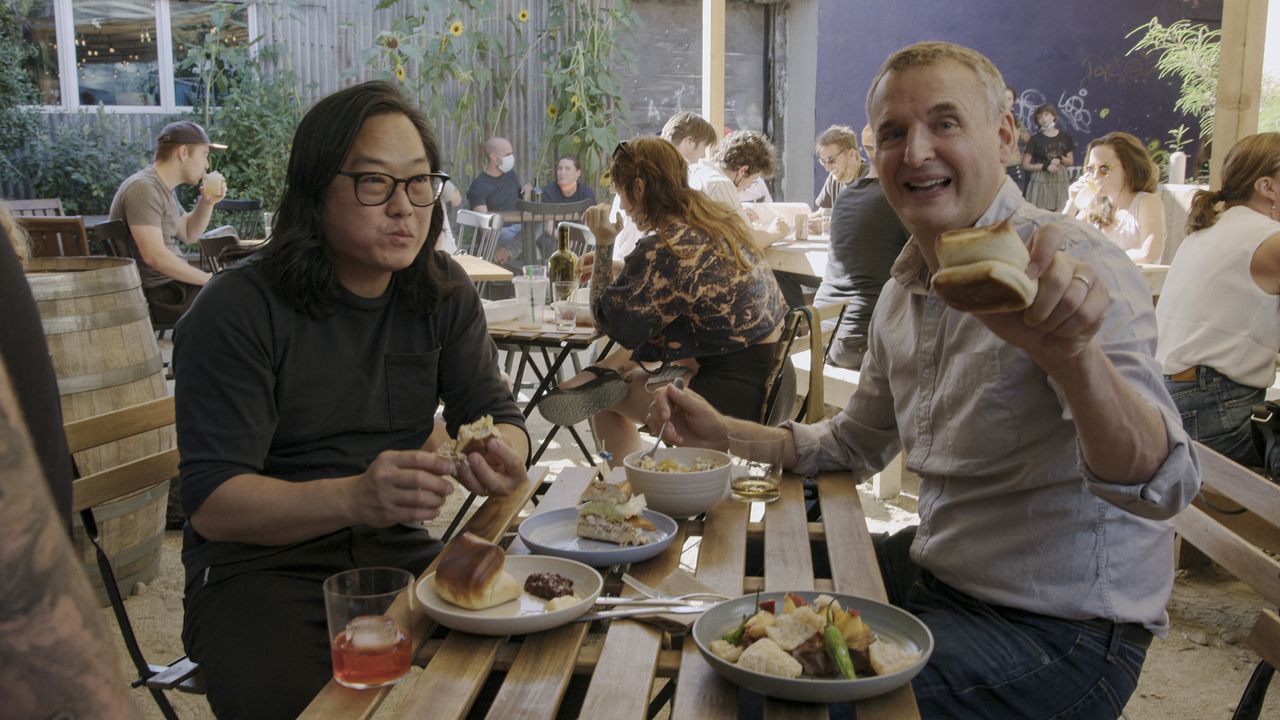 At a time when all of the national and local news can feel so unsettling, the Portland-shot episode of Somebody Feed Phil, the brilliant food-and-travel series returning for Season 5 on Netflix, has some comfort escapist.

Phil Rosenthal, formerly best known as a television writer, producer and creator of the hit sitcom Everyone Loves Raymond, began his transition to food show host in 2015 with the PBS series I’ll Have What Phil’s Have “. In 2018, Netflix launched Somebody Feed Phil, a series in which the exuberant, self-deprecating Rosenthal travels the world, sampling delicious foods and learning about the culture of the places he visits.

The Portland, Oregon episode is upbeat and feels more like a throwback to the days when the rose town drew national attention not for its problems but for our food scene and the reputation that Portlandia nurtured for oddity.

Rosenthal explains how surprised he was to read that Portland is considered by some to be one of the top cities in the world for street food.

“Why haven’t I been here before?” says Rosenthal. He begins his journey, filmed in the summer of 2021, by visiting the Prost Marketplace Food Cart Pod. Accompanied by Michael Russell, The Oregonian’s food reporter and critic, Rosenthal tucks into dishes from places like Fried Egg I’m In Love, Matt’s BBQ and DesiPDX.

Rosenthal then proceeds to look at other Portland culinary destinations, including Kachka; Han oak; Ruthie’s Food Truck; tov coffee; Doe Donuts (where Rosenthal is converting to vegan donuts); a Fest Portland event at The Redd; and a trip with “Top Chef” Portland contestant Shota Nakajima to the Jacobsen Salt Co. site in Netarts Bay on the Oregon coast.

In addition to his culinary forays, Rosenthal also bikes and kayaks in Clackamas County. He’s “not a big outdoor man,” Rosenthal says, noting that his shoulder hurts from paddling and he’s constantly splashing water into the kayak. At one point, however, he looks around the water and says, “Well, that’s peaceful. Very pretty.”

Towards the end of the roughly 45-minute episode, Rosenthal sounds entranced. “I recommend Portland, Oregon,” he says, adding that Portland probably has one of the best food cities, per capita, he’s ever been to.

“I love these brilliant, creative young people who take small spaces and use them to produce immense aromas,” says Rosenthal. “Why didn’t I come here sooner?”

Somebody Feed Phil season 5 is streaming on Netflix.