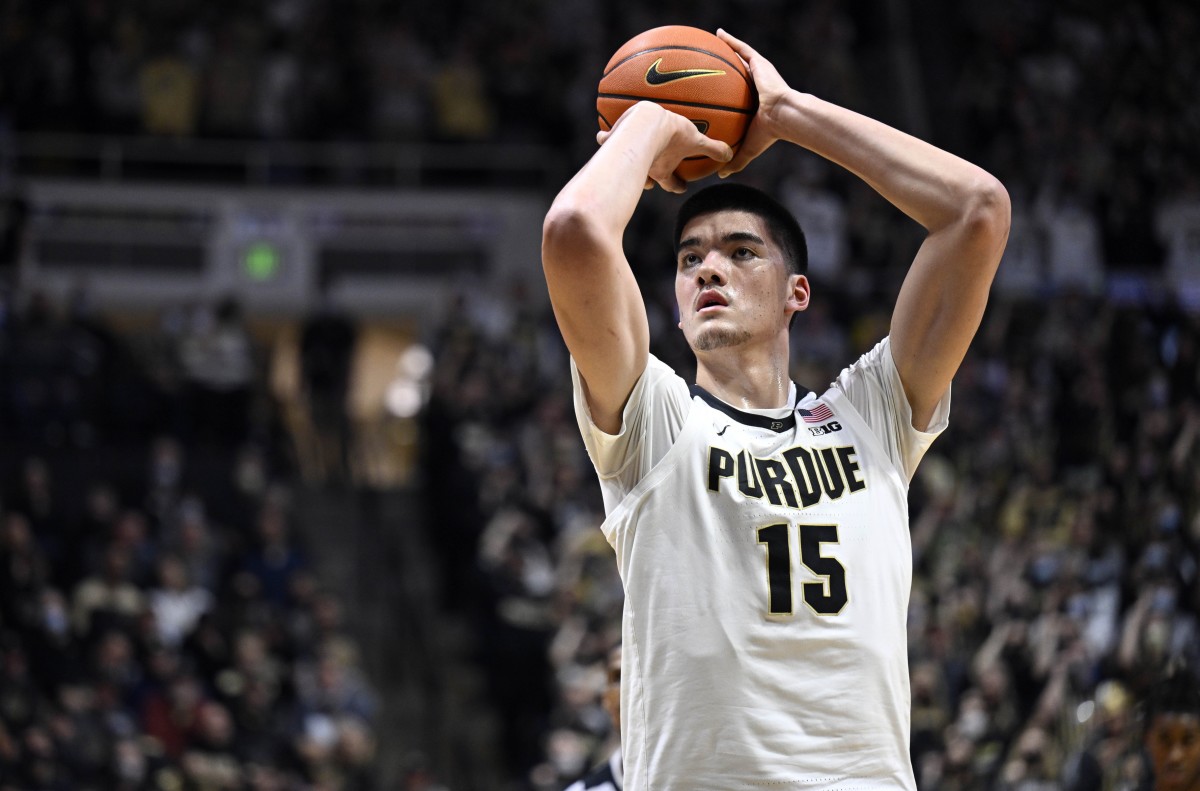 PORTLAND, Ore. — In its first Test outside of Mackey Arena, the No. 24 Purdue basketball overcame 18 turnovers Thursday night in the quarterfinals of the 2022 Phil Knight Legacy Invitational Tournament to defeat West Virginia 80-68.

The Boilermakers — led by junior center Zach Edey on 24 points and 12 rebounds — made eight of their 17 shots from the 3-point line and put down 24 of 28 free throws. Playing mostly against the Mountaineers’ 6-foot-10 forward Jimmy Bell Jr., Edey was 7-of-12 from the field but near-perfect from the foul line and going 10-to-12.

Purdue took an early lead to start the game, scoring the first nine points before West Virginia dropped a shot. A 6-0 run later gave the Boilermakers a 33-22 lead with 6-18 in the first half, and they led by double figures at half-time.

The team shot 56% from the floor in the opening stages and went 10-to-10 off the foul line to keep up with five 3-pointers. Junior forward Mason Gillis, who went into the matchup without a basket in Purdue’s last two games, drilled two deep shots before the break.

Gillis corralled a baseline pass from junior guard Ethan Morton in the right corner and nailed a 3-pointer to put the Boilermakers 43-32 at halftime. He scored eight points in the first half with a 3-of-4 shoot while Edey shot 6-6 from the free-throw line and led all scorers with 12 points.

Senior guard Joe Toussaint — an Iowa transfer — led West Virginia by 10 points before the start of the second half, but the Mountaineers went 1-of-10 off the floor near the end of the first period before making two of their last three.

However, Purdue got off to a slow start in the second half, missing his first seven shots from the dressing room. But West Virginia’s fouls quickly piled up and the Boilermakers went into the bonus 14-28 to stay in the game.

The Mountaineers were called for 23 fouls but still managed to close a double-digit deficit and cut the lead to four thanks to a 3-pointer from fifth-year senior guard Kedrian Johnson at 5:30 a.m. He finished with 11 points, one of three West Virginia players to score in double digits. Toussaint finished with 16 while senior guard fifth-year Erik Stevenson led the team with 17 points.

But after taking the score to two baskets, a 3-pointer from freshman point guard Braden Smith ignited Purdue with an 8-0 run to regain control of the contest. The Boilermakers had 10 players seen at least 13 minutes on the floor, and nine registered a bucket. Gillis finished the game with 14 points and Morton had a team-high with nine assists.

The team never lagged behind in the second half, leading by as much as 14 points, and will go on to play the winner of a matchup between No. 6 Gonzaga and Portland State that ends Friday morning.

You can keep up to date with everything at Boilermakers Country by liking and following our Facebook page: Purdue Boilermakers on Sports Illustrated/FanNation.