As Ontario’s election date approaches, two out of four of the province’s main political party leaders have tested positive for COVID-19.

Greens boss Mike Schreiner announced in a press release on Wednesday evening that he had received a positive result from a quick test after close contact with an employee.

Schreiner said he was feeling “good” and had adjusted his plans to fight from home during isolation.

All four party leaders were in close proximity to each other Monday night for the only televised debate of the 2022 election campaign.

“He is symptom free and feeling great and he wishes Mike and Andrea a speedy recovery,” the rep said.

Meanwhile, in response to an email from CTV News Toronto inquiring about the status of leader Doug Ford, a PC Party spokesman said: “He has no symptoms.”

Ivana Yelich said because “more than 48 hours have passed since the debate”, “he is not considered a close contact”.

Speaking to CP24 Thursday morning, University Health Network’s medical director for infection prevention and control, Dr. Susy Hota said the positive cases among party leaders should serve as a reminder that COVID-19 is still being transmitted across Ontario. 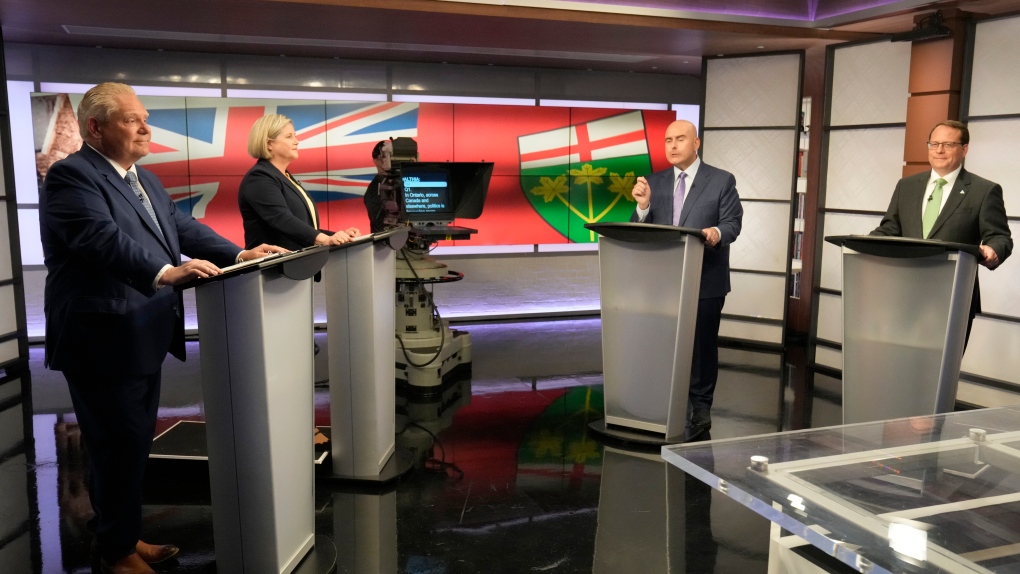 “There are many social interactions between party leaders and members of the public,” Hota said.

“It’s a cautionary tale that there’s still quite a lot of COVID-19 going on right now.”

Hospitalizations related to COVID-19 in Ontario, which have served as an indicator of transmission in the absence of widely available PCR tests, have been gradually declining in recent weeks.

However, the limited number of tests reported each day suggests that COVID-19 is still circulating in the province, with positivity rates stubbornly above 10 percent.