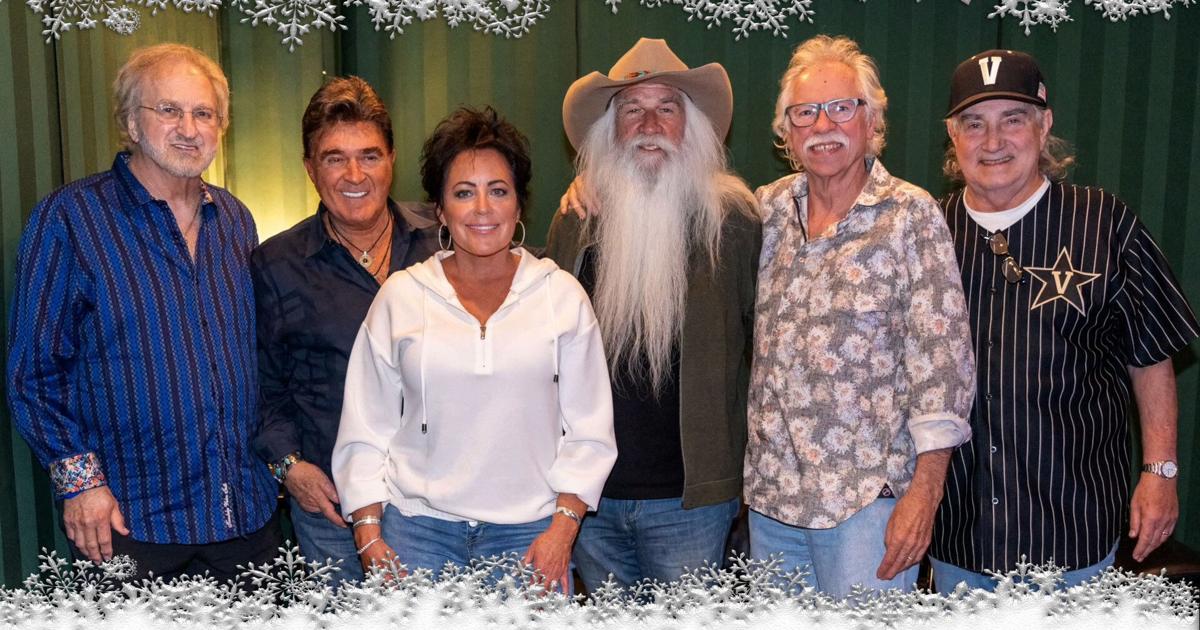 For a new twist on the holiday standard, how about six voices working in tandem?

Oklahoma Music Hall of Fame resident Kelly Lang has teamed up with her husband TG Sheppard and a legendary quartet, the Oak Ridge Boys, for a new version of “White Christmas,” due out this month.

“‘White Christmas’ is one of those songs that’s been done so many times it’s hard to do it any other way,” Sheppard said, pointing out that they “went to school” in preparation for collaborating on a 2011 Michael . Buble-Shania Twain version of the song.

“They did a duet together many years ago and it had the doo-wops in it. The Oaks were perfect for doing that on the record. Of course we love them. They’re dear friends and they’re always ready to hit the studio. But I think what led to that was that we just wanted to do it a little differently than it’s been done before. It’s kinda reminiscent of the doo-wop sound of the 50’s and 60’s. Hopefully people get a kick out of the spin we put on it.”

Lang said: “We tease that it’s exciting when one of the Oak Ridge Boys comes in. But when all four go in, the ground trembles. You’re just so charismatic. Their sound is so original on its own. And when they come in, they’re just so generous and kind and they’re friends. A lot of people wonder if we really are friends in the music industry and I can say with certainty that we indeed are. But they didn’t hesitate when we asked them.”

Sometimes artists don’t see each other in the studio, Lang said, but on this endeavor, they went old school and recorded the song together.

“We wanted to make sure it had that sense of family and home, and hopefully that will carry over to your listeners,” she said.

The song, which is available to stream and download, is a year-long preview of a Sheppard and Lang Christmas album in 2023. Sheppard said “White Christmas” will be on the album with some original songs, like “Christmas in,” which she published last year. Lang said the album will feature solo tracks by her and Sheppard, as well as a few duets.

Sheppard said “White Christmas” is one of his favorite Christmas carols. He said it was one of those magical songs, like “Winter Wonderland” and “The Christmas Song (Chestnuts Roasting on an Open Fire)”.

“There are so many, but this is one,” he said. “It’s the one everyone loves the most. The Oaks also love this special Christmas carol, so it was easy for them to say ‘yes’ to sing with us.”

“Nobody had to learn the lyrics,” Lang said.

When asked why “White Christmas” resonates with people, Lang said, “I don’t know. All I know is that when I first heard Michael and Shania, it was like hearing a song like I’d never heard it before, just as they did a new spin. I loved her harmonies with him. It became my new favorite Christmas song and I sang it around the house a lot.”

Lang suggested that her husband give White Christmas a try if they ever did another Christmas project. The addition of the Oak Ridge Boys for Doo-Wops was icing on the cake.

“Just the combination of the three of us together, our sounds are all so different it’s an interesting mix,” Lang said. “We all have similar fan bases and I just hope fans will embrace that the way I did with the Michael Buble and Shania Twain version. Maybe they can add it to their favorite playlists too.”

Fans of The Oaks (which has been run by Tulsa-based impresario Jim Halsey for decades) will instantly recognize Richard Sterban’s sonic boom.

“People love to hear him play that bass line on ‘Elvira,’ so we just gave him the spotlight on that particular song,” Sheppard said.

Sheppard previously worked with the Oaks on a Lang-written song (“Down on My Knees”) for his album Legendary Friends & Country Duets.

“Our longtime friend and brother TG Sheppard called and asked if we would sing ‘White Christmas’ with him and Kelly Lang, and of course we agreed,” said Joe Bonsall of the Oak Ridge Boys. “Not only do we both love them, ‘White Christmas’ is probably the most classic Christmas song out there. All in all it was a great time in the studio and the final mix came out just great. We are honored to be a part of it.”

Said Sheppard, “It’s one of those songs that paints a picture when you hear it. It’s only Christmas. You always think of snow. A lot of people aren’t in parts of the world where there is snow, but some of my favorite Christmases have been with snow on the ground, so for me it’s special and brings me back, ‘White Christmas’ does. ”

Towards the end of a phone interview, Sheppard shared a story about visiting the North Pole in Alaska. He said he sat down with Santa and his wife in Santa’s workshop and “suddenly I turned into a 5-year-old kid.” He said people can watch his visit to the North Pole on his YouTube channel.

“Of course, Christmas is my favorite time of year anyway, but singing with the Oak Ridge Boys makes it a special Christmas this year.”

Lang recently released an album (“Old Soul II”) covering 13 classic songs from decades past. Tracks include “Midnight Train To Georgia”, “Careless Whisper”, “Every Time You Go Away” and a special dance version of “Missing You”.