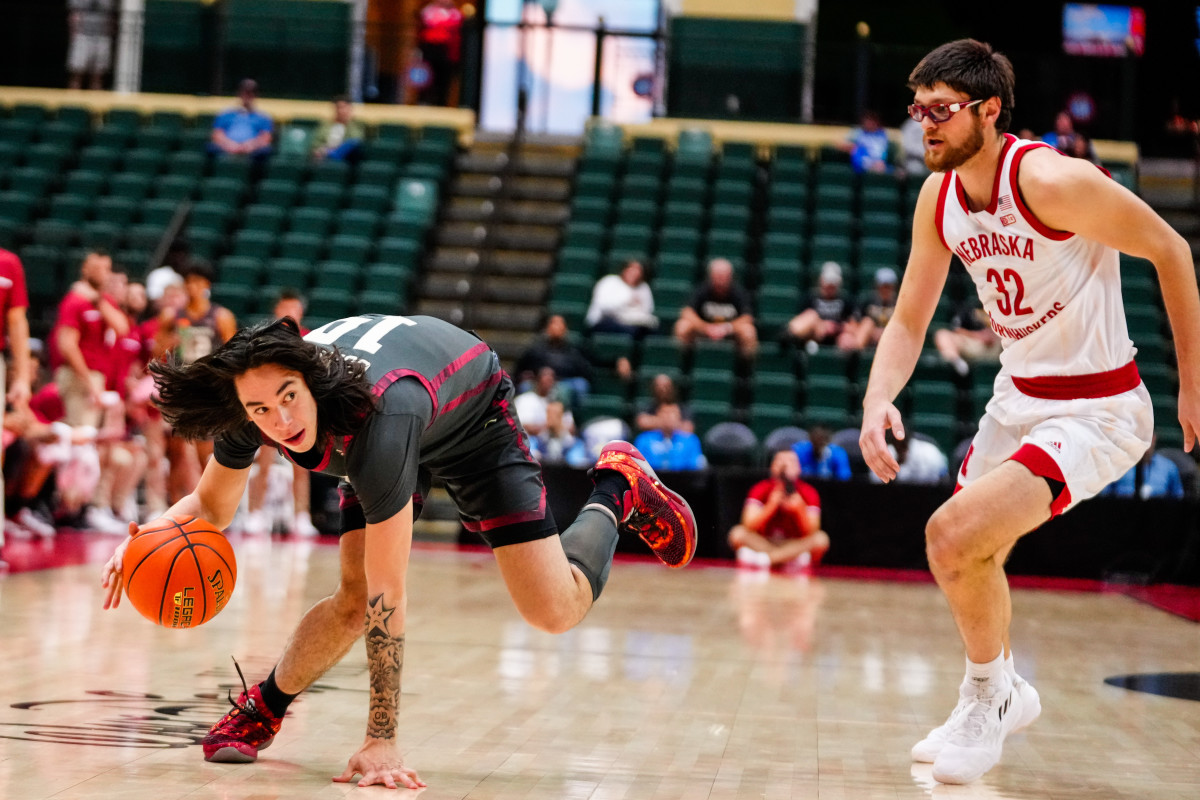 It wasn’t the kind of Big Red Battle that college football fans fell in love with decades ago.

But Oklahoma and Nebraska put on a fun college basketball game on Thanksgiving Day, with OU shooting well from the field and driving to a 69-56 win.

It was the Sooners’ opening game of the ESPN Events Invitational at Disney World’s State Farm Field House in Kissimmee, FL.

The Sooners (4-1) are advancing to play the winner of Thursday’s late game between Memphis and Seton Hall. The game ends on Friday at 7 p.m. Nebraska (3-2) falls into the losing group.

The Sooners shot 53 percent from the field (7-of-12 from the perimeter) in the first half and were driven early by Tanner and Jacob Groves, who scored 12 and 10 before the half, respectively. It was the first time this season that both Groves brothers have scored in double digits in the same game.

Tanner Groves, who shot 10-0 from 3-point range in the Sooners’ previous game, buried two Treys in the first half and then opened the second half with another that gave the Sooners a 44-34 lead.

The Sooners continued to make big shots in the second half to maintain a comfortable lead.

Grant Sherfield’s fadeaway defeated the shot-clock buzzer 9:57 from time, pushing the Sooners back to a 53-43 lead.

Tanner Groves then pretty much finished the game with another driving layup – this one in a pump fake and reverse to the rim – that left the Sooners 63-51 with 3:50.

Jacob Groves’ one-hand floater beat the shot clock 2:08, and Groves’ fast-break layup after a feed from Grant Sherfield made it 67-53.

Tanner Groves was 7-of-8 from the field, including 3-for-3 from range, and led the Sooners with 17 points with three blocked shots and five rebounds. Jacob Groves was 7-of-12 for 16 points and six rebounds.

Sherfield finished with 10 points and eight assists, while Hill had 13 on 6-of-10 shooting to walk with three steals.

The other side of the bracket consists of Florida State, Siena, Ole Miss and Stanford. Siena and Ole Miss won their matches and advanced to Friday’s semifinals.