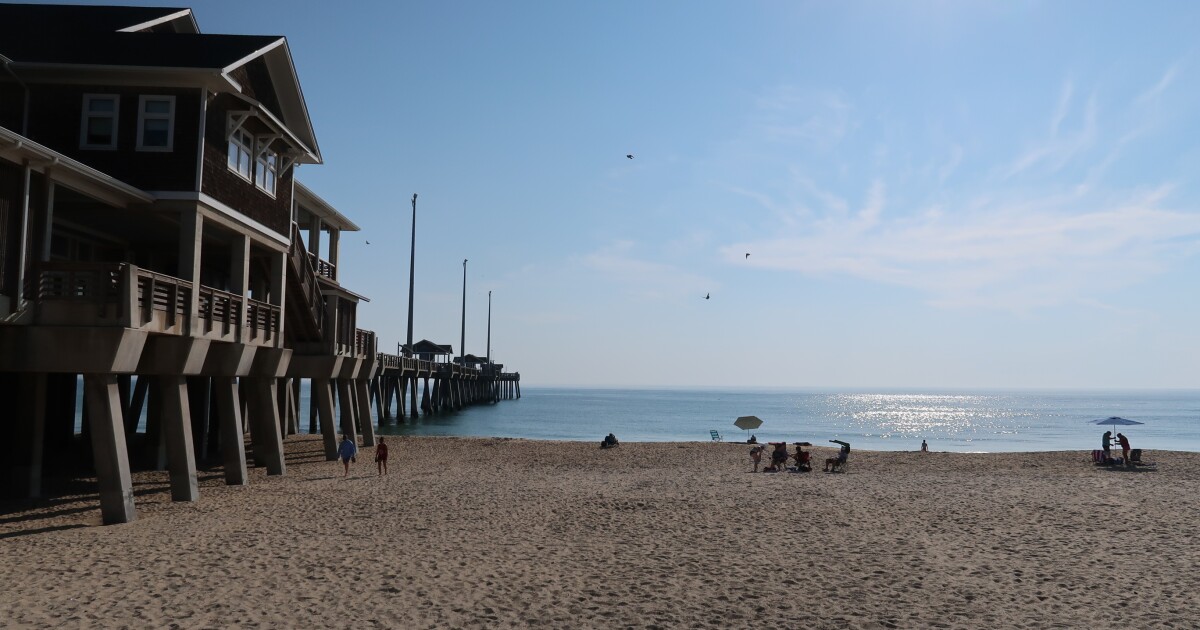 It’s high season at Jennette’s Pier in Nags Head. By 8am the pier is already lined with anglers and onlookers and the waves below are teeming with schools of fish.

Far out on the bright water, a white buoy marks the future location of a new building on the pier: the testing ground for a machine that will use the energy of the waves to produce clean drinking water.

The prototype “wave energy converter” is to be used in the last two weeks of August for a ten-day trial operation. If successful, the machine could help provide emergency drinking water to coastal communities cut off from other resources.

The movement of the ocean — as waves, tides, or currents — represents a truly powerful source of energy. Mike Muglia, associate director of science and research for the North Carolina Renewable Ocean Energy Program, will launch the prototype later this month. He explained that the initial focus of the ocean energy program is “grid-scale” ocean energy: how to harness the tremendous power of the Gulf Stream to power much of North Carolina.

But we’re a long way from grid-scale ocean power, and Muglia claimed that wave power is most practical for more modest applications like the prototypes for now.

“I happen to be a proponent of small things like this and figure out how to do it first before building something huge,” he said. “And that’s what we do.”

The prototype could produce emergency drinking water or electricity

The machine itself is currently under an overhang at the Coastal Science Institute on Roanoke Island, about five miles from the pier. It looks surprisingly practical: a chunky, white-and-blue inner tube that supports seven hundred pounds of sturdy gears, hoses and cables.

A cable will run up from a seabed anchor through a gear system on the float. As the machine moves up and down with the shafts, its movement relative to the cable drives the gears. A module on the float can be swapped out so the movement either powers a generator to generate electricity or powers a pump to force seawater through a filter to produce clean drinking water.

This wave energy converter, though small, could be used to produce drinking water for coastal communities in an emergency, explained Mike Remige, the director of Jennette’s Pier.

“Eventually someone in a place like Ocracoke Island could be providing disaster relief if they were isolated during a storm and didn’t have fresh water,” he said. Remige is curious to see how the prototype will fare during the ten-day test run.

“I’m really excited to see how much clean water they can produce in that time,” he said.

At some point, someone in a place like Ocracoke Island could provide disaster relief if they were isolated during a storm and lacked fresh water.

In the future, according to Muglia, wave energy could also be particularly useful for powering devices such as offshore radar scanners or autonomous underwater vehicles far from land.

However, whether the system will ever reach practical use depends heavily on whether people want it in their backyards.

Linda D’Anna is a research fellow at the Coastal Studies Institute focusing on the human dimensions of the coast. D’Anna cautioned against over-exploitation, explaining that the ocean is already valued for other reasons that should be considered first.

“Other people use ocean space and resources for other purposes, whether it’s for fishing, transportation, or the military, or they’re concerned about conserving space for wildlife and other species,” she said.

“There were a lot of examples of being so excited about the potential of the technology and working so hard to figure that out and then going through that process and realizing, oh wait – someone’s already using this thing that we’re using wanted, or someone appreciates it for something else, like, we’re going to have neighbors!” said D’Anna. “Which neighborhood are we moving to?”

In these early days of ocean energy technology, finding out what neighbors think about it is no easy task, she said. “It’s hard for people to tell you what they think of something when you can’t tell them how it is.”

Another open question is how the wave energy converter will affect ocean ecosystems. No system of energy production is without consequences, and Lindsay Dubbs, a research associate in the Renewable Ocean Energy Program at the Coastal Studies Institute, explained that even small ocean energy devices can affect the ecology of their surroundings. But these effects are not necessarily negative.

The wave energy converter, like anything that is put into the ocean, is almost immediately colonized by marine life.

There are organic particles that stick to it, and then there’s bacteria and algae,” Dubbs explained. “And finally you have something like a benthos [seafloor] Habitat but on the structure. And this habitat also attracts fish.”

“Whether it’s turbine blades or wave energy converters moving in the waves, there was concern these organisms would hit. There is also a risk of entanglement from lines and cables.” But for small operations, she said, “all the evidence to date indicates that these impacts will be minimal.”

Despite the many unknowns, Dubbs said there are excellent uses for wave energy. “I think it’s important that we consider all of our options,” she added. “We don’t know what impact ocean energy will have on ocean systems. We know the impact fossil fuel-based energy is having on marine systems.”

First, however, the wave energy converter must withstand the enormous forces that it is supposed to use. It has been tested in the ocean before, but for less than 24 hours. The upcoming 10-day trial will help determine just how robust it really is, Remige said.

“With a device that’s really only been used once in the ocean, you learn a lot about how it’s going to withstand the forces out there.” He added, “The ocean has a way of humiliating you very quickly.”

Muglia remains philosophical about the possibility that the prototype could fail. “What we always say when we’re working in the ocean — especially with one of these wave energy converters — is we’re going to put it out there and we’re going to break it. And then we will learn from it.” 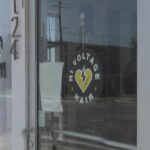 The city develops a plan to bring growth to Corpus Christi 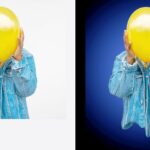 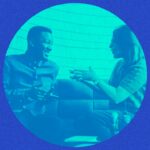 How to tell a compelling story 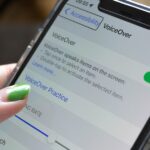 How to activate your iPhone’s screen reader 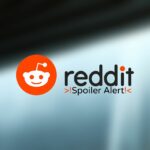