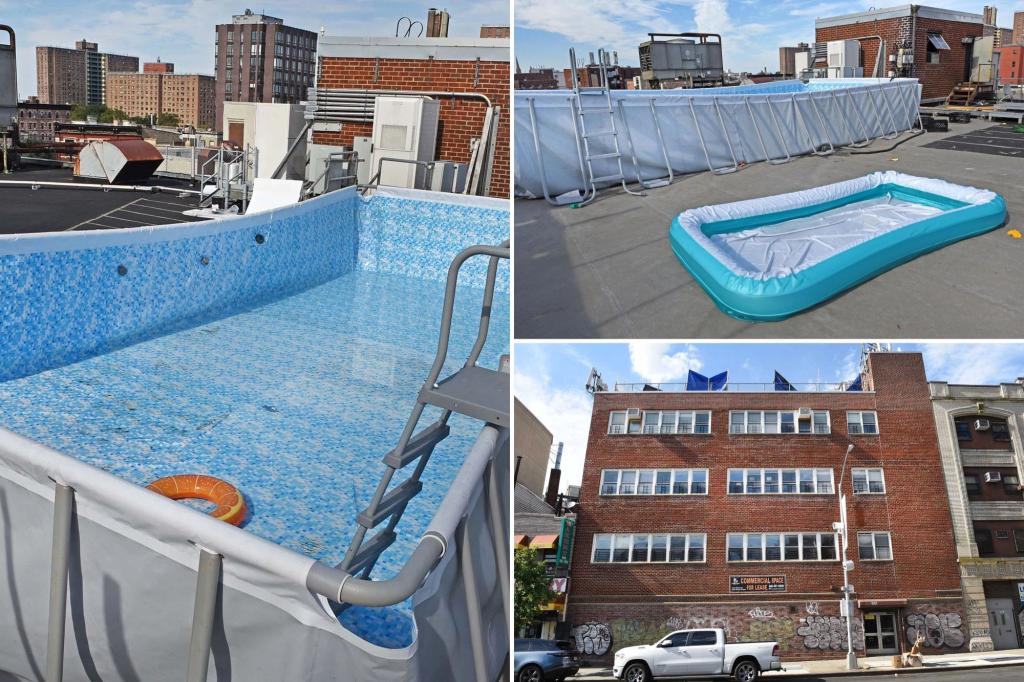 The pool party is over.

A foul Brooklynite installed a full-size pool on the rooftop of a commercial building — and now his landlord is drowning in potential fines, according to the city.

The gleaming 480-square-foot rooftop pool in Williamsburg was drained by officials on Tuesday, according to the Building Department.

The owner of the three-story brick complex on Flushing Avenue near Thornton Street faces fines of up to $50,000 for two code violations, a DOB official told The Post on Thursday.

Photos showed the 4-foot-deep, above-ground pool — which holds about 60 tons of water — full before residents’ diving dreams were dashed.

“New York. We know. It’s hot. We get it”, the DOB tweeted. “But please do not attempt to build a rooftop pool without first obtaining permits and hiring professionals to do the job properly.”

The department was alerted by FDNY officials that a “structural stability inspection” was required at the home “due to roof overload,” according to city documents, which note that the building’s third floor is a daycare center.

The building appeared to be deserted and the empty Bestway Power Steel brand pool remained on the roof when The Post visited the roof on Thursday.

A green hose was discarded near the pool and a child-sized hose lay in the emptied pool on Thursday. Nearby, on a third floor door, was a sign for a yeshiva school.

“It just opened about a month ago,” Maria Hernandez, an employee at the bakery next door, said of the school. “They look like children, children – 4 to 6 years old.”

It wasn’t immediately clear if the building’s landlord installed the pool or if a resident of the building decided to splash around.

The landlord, who could not be reached by The Post on Thursday, is due to appear before a Bureau of Administrative Procedures and Hearings in December over maintenance and occupancy violations. 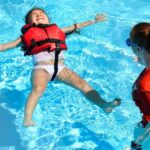 Where to register for swimming lessons in Kansas City 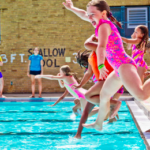 To address the lifeguard shortage, Philadelphia Parks and Recreation is recruiting teenagers to be future lifeguards 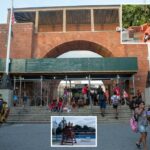 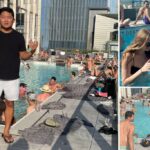 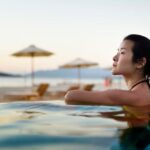 Column: Daylight Saving Time (and the Unicorn Swimmer) is Calling Me | columnists 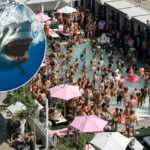