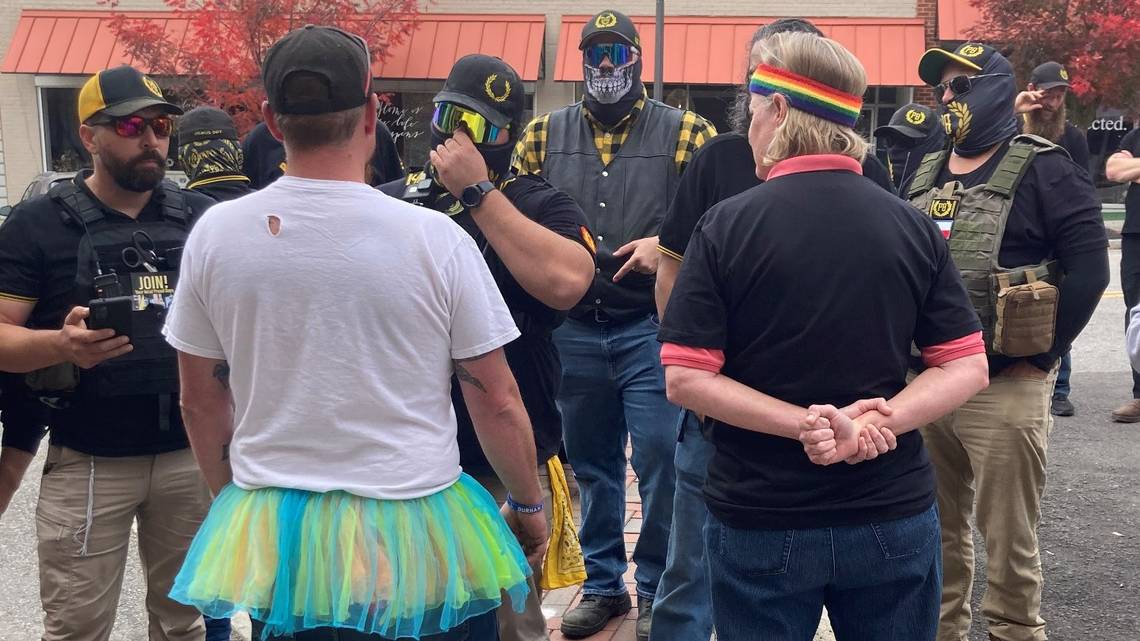 North Carolina tops a new list of states with the most attacks on drag events this year, the Gay and Lesbian Alliance Against Defamation (GLAAD) announced Wednesday.

The report, released after last week’s mass shooting at an LGBTQ bar in Colorado Springs, which left five people dead and 18 others injured, shows North Carolina tied with Texas for the most anti-drag protests, threats and attacks recorded across the country.

Each state reported 10 incidents this year.

Although metropolitan areas across the country are often safer for the LGBTQ community, the triangle area has seen several anti-drag incidents this year.

In June, anti-LGBTQ protesters in Apex tried to stop a drag storytime class where drag queens were supposed to read to children. The Apex Festival Commission has removed the event from its Pride Month line-up, citing threats of violence. Equality NC, a statewide advocacy group, sponsored the event instead, The News & Observer reported.

Similarly, Fuquay-Varina declined to sponsor Pride events this year, but events were still organized by residents.

Fuquay-Varina and Holly Springs have not passed an anti-discrimination regulation that would protect people who identify as LGBTQ.

And earlier this month, a drag brunch in Sanford was disrupted by white supremacist hate group the Proud Boys. Members of the extremist group emerged in masks and hurled insults at guests when threats were phoned at the venue.

“Weeks before the horrific tragedy in Colorado Springs, GLAAD began tracking the increasing and unrelenting targeting of drag events to sound the alarm about the breadth of hate and disinformation that is damaging our community,” said Sarah Kate Ellis, President and CEO by GLAAD in a press release.

GLAAD used news reports to document 124 anti-drag incidents nationwide and said there may have been others that went unreported. The Colorado shooting is not included because the suspect’s motive had not been officially confirmed at the time the list was released, the group said in its release.

Most of the incidents occurred during Pride events in June and the fall, GLAAD noted, and involved “false rhetoric against performers used in midterm election campaign ads.”

“There is a direct line,” Ellis said in the press release, “between the coordinated, dangerous anti-LGBTQ campaign fueled by lies and fear-inducing rhetoric and the real-world violence we’ve seen this year.”

GLAAD has partnered with the National Coalition of Anti-Violence Programs to provide additional protections for the LGBTQ community. Victims of harassment, bullying, or threats can contact them to find a local group that can help.

“The anti-LGBTQ rhetoric is wrong: The real threat is violent gunmen popping up in public libraries, schools and LGBTQ venues, believing the lies fed to them by Fox News, LibsOfTikTok and far-right politicians,” Ellis said.

“This has reached a boiling point and needs to be stopped now,” Ellis said. “Not tomorrow, not after the next attack, but now.”

Colleen Hammond is a graduate of Duquesne University in Ann Arbor, Michigan. She has previously covered breaking news, local government, the COVID-19 pandemic and racial issues for the Pittsburgh City Paper and the Pittsburgh Tribune Review.