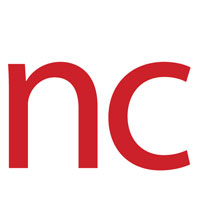 (The Conversation is an independent and not-for-profit source for news, analysis, and commentary from academic experts.)

(THE TALK) Imagine the Monopoly man.

Does he wear a monocle or not?

If you imagine the character from the popular board game wearing one, you are wrong. In fact, he’s never worn one.

If this surprises you, you are not alone. Many people possess the same false memory of this character. This phenomenon also occurs with other characters, logos and quotations. For example, Pikachu from Pokémon is often credited with having a black tail tip, which it doesn’t have. And many people are convinced that the Fruit of the Loom logo contains a cornucopia. It doesn’t.

We call this phenomenon of shared false memories for certain cultural icons the “Visual Mandela Effect”.

People tend to get confused when they learn that they share the same false memories with other people. This is partly because they assume that what they remember and what they forget should be subjective and based on their own personal experiences.

However, research we have conducted shows that people tend to remember and forget the same images, regardless of the diversity of their individual experiences. We have recently shown that these similarities in our memories extend even to our false memories.

What is the Mandela Effect?

The term “Mandela Effect” was coined by Fiona Broome, a self-proclaimed paranormal researcher, to describe her false memory of former South African President Nelson Mandela, who died in prison in the 1980s. Realizing that many other people also shared this false memory, she wrote an article about her experience on her website. The concept of shared false memories spread to other forums and websites, including Reddit.

Since then, examples of the Mandela Effect have been circulating around the internet. These include names like “The Berenstain Bears,” a children’s book series incorrectly spelled “-ein” instead of “-ain,” and characters like C-3PO from Star Wars, who is incorrectly remembered with two golden legs out of one golden and a silver leg.

The Mandela Effect has become fodder for conspiracy theorists – the false memories so strong and so specific that some people take them as evidence of another dimension.

But understanding why these symbols trigger such specific false memories might give us a better insight into how false memories form. The visual Mandela effect, which affects icons specifically, was a perfect way to explore this.

A robust phenomenon of false memory

To see if the visual Mandela Effect really exists, we conducted an experiment where we presented humans with three versions of the same symbol. One was correct and two were manipulated and we asked them to choose the right one. There were 40 sets of icons including C-3PO from the Star Wars franchise, the Fruit of the Loom logo and the Monopoly Man from the board game.

In the results, accepted for publication in the journal Psychological Sciences, we found that people did very poorly on seven of them, making the right choice only about or less than 33% of the time. For those seven images, people consistently identified the same wrong version, rather than just randomly picking one of the two wrong versions. Additionally, participants reported being very sure of their choice and very familiar with these symbols, even though they were wrong.

Taken together, it is clear evidence of the phenomenon that has been talked about on the internet for years: the visual Mandela effect is a real and persistent memory error.

We found that this false memory effect was incredibly strong across several different methods of memory testing. Even when people saw the correct version of the symbol, they were still choosing the wrong version just minutes later.

And when people were asked to draw the symbols freely from memory, they also added the same false features.

What causes this common misremembering of certain symbols?

We found that visual characteristics such as color and brightness could not explain the effect. We also tracked the participants’ mouse movements as they viewed the images on a computer screen to see if they just didn’t have a specific part, such as a part of the head. B. Pikachu’s tail. But even when people looked directly at the correct part of the image, they still chose the wrong version immediately afterwards. We’ve also found that for most symbols, it’s unlikely that people have seen the wrong version before and only remember that version instead of the correct version.

But the fact that we can demonstrate consistencies in false memories for specific icons suggests that part of what drives false memories is dependent on our environment – and independent of our subjective experiences of the world.

This article was republished by The Conversation under a Creative Commons license. Read the original article here: https://theconversation.com/new-study-seeks-to-explain-the-mandela-effect-the-bizarre-phenomenon-of-shared-false-memories-188269. 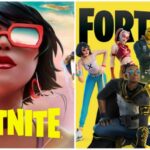 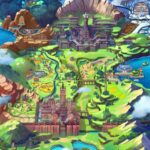 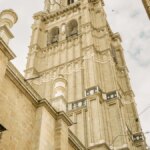 Adventures in the land of giants 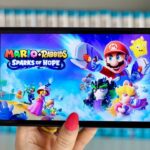 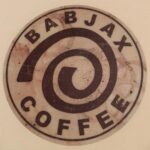 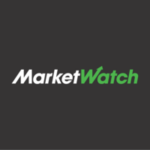