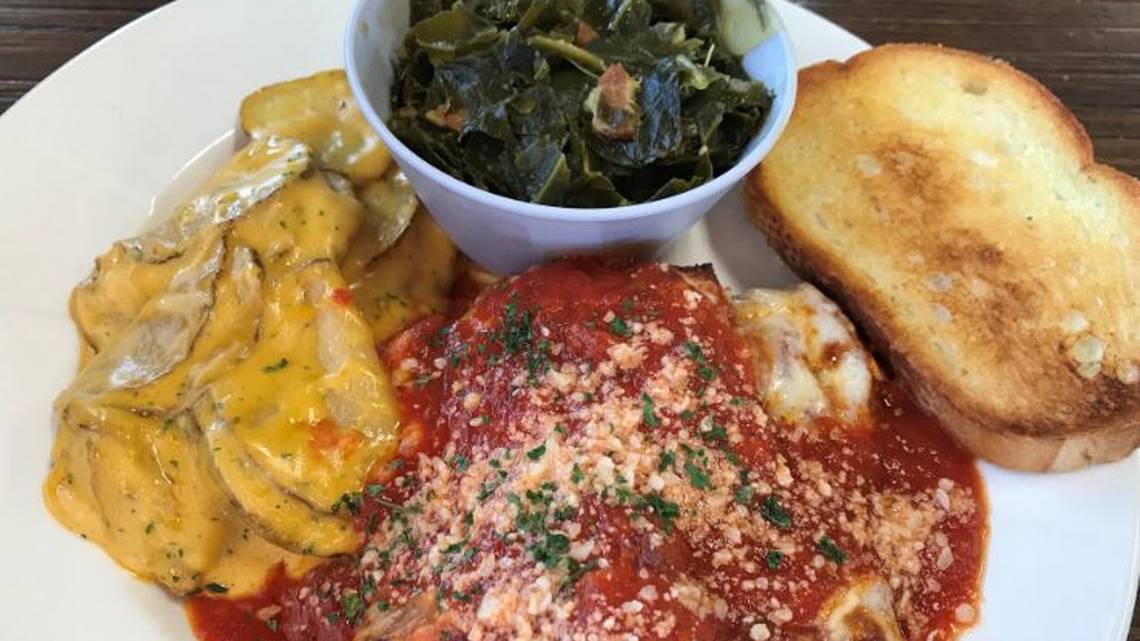 After Josh Drake bought a pizza restaurant at Lee’s Summit, sales were sluggish. So he turned to catering with an expanded menu to increase sales.

Customers responded so well that it became his core business.

“We want it to be a place where families can come in and enjoy themselves without spending too much money,” he said.

It also has a variety of sliders (Greek, Swiss mushrooms, Hawaiian chicken, and more), chicken tenders, flatbreads, salads, sides like scalloped potatoes and seasonal vegetables, a variety of macaroni and cheese dishes with garlic bread, appetizers, and desserts including apple pie- Spring roll and tiramisu.

Children eat free on Tuesdays with the purchase of an adult entree. Wednesday is Pasta Night with a 20% discount on pasta dishes. Sliders are $2.50 on Thursdays and family dinner deals are 10% off on Sundays (including 10 pork sliders and fries at the regular price of $39.99).

He bought Lee’s Summit’s Pinsa Pizzeria & Kitchen two years ago, but said access to the site isn’t good for traffic. He turned to catering to increase sales, and his chef, Ken Viereck, was ready to “spread his wings.”

“We wanted a place where we could be part of the community, that Waldo area,” Drake said.

They had a list of about 150 possible names, but said Big Belly’s seemed to fit the kitchen and the “physique of me and Chef Ken.”

He said his only customer complaint was the lack of ambiance. So he adds curtains, local artwork, and lights at each table so he can turn off the overhead lights.

“This place used to be an old dry cleaning. We’re trying to transition from dry cleaning to a restaurant feel,” said Drake. “I want to thank the Waldo community for trying us out so far and we hope to be the kind of place that’s been a mainstay for decades – great food, reasonable price.”

Joyce Smith has covered restaurant and retail news for The Star since 1989 under the Cityscape brand. She appreciates news tips.