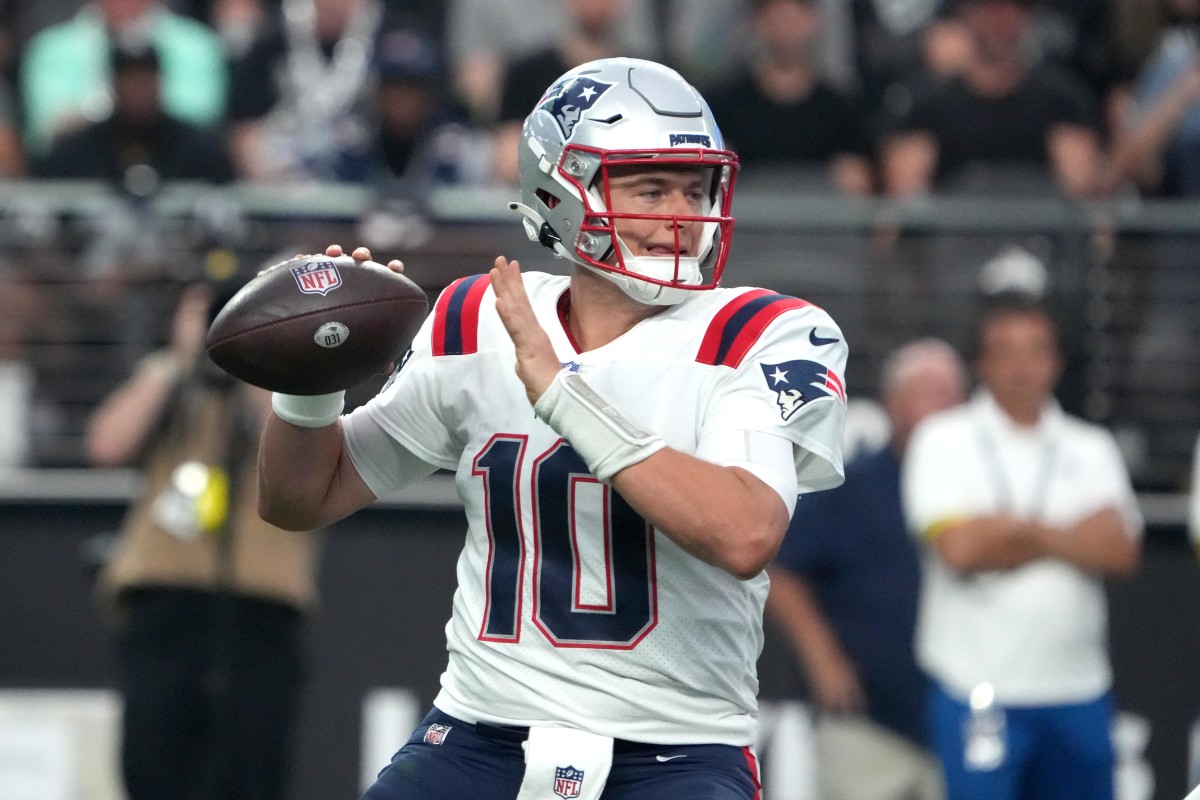 The New England Patriots and Minnesota Vikings don’t waste time pumping it up on Thanksgiving night.

For two offenses slandered as “sleepy” last Sunday, the Pats and Vikings found the end zone on their first offensive drives. In doing so, they leveled their Week 12 matchup in prime time from Minneapolis’s US Bank Stadium 7-7.

The Vikings batted first when quarterback Kirk Cousins ​​led his team for 80 yards in eight games. Minnesota moved the ball easily off the Patriots’ pass rush when Cousins ​​connected with wideout Justin Jefferson for a seven-yard gain and Adam Thielen for a 16-yard pick-up. Coach Kevin O’Connell even dug into his bag of tricks when Jefferson completed an 11-yard shot at Thielen for the first kill. Cousins ​​finished the drive with a six-yard strike against Jefferson. Kicker Greg Joseph’s extra point gave the Vikings a 7-0 lead.

However, Mac Jones and the visiting Patriots could not turn down their chance to surpass Minnesota’s resolve on Thanksgiving night. It would only take Jones five plays to send his team 75 yards. Despite a fiddly snap, the Pats quarterback recovered quickly enough to complete a 26-yard pass to receiver Jakobi Meyers.

Despite making the catch, Meyers headed to the blue medical tent and eventually to the locker room. Meyers’ status for the remainder of the game is still being determined as he is currently undergoing X-rays.

Jones and the Pats continued their drive with a four-yard finish against Hunter Henry. Ultimately, the Alabama product matched Minnesota’s opening touchdown with a 34-yard completion for receiver Nelson Agholor for six.

Kicker Nick Folk tied the game with his extra point at 7.

New England continued to feel at home at US Bank Stadium. On their third offensive drive, Cousins ​​attempted to find receiver KJ Osborn on the far right. However, he was intercepted by Pats’ cornerback Jonathan Jones, who put the ball to the Vikings’ 17-yard line.

Folk connected on a 34-yard field goal to give New England a 10-7 lead.

New England and Beyond! Receive Your Patriots game tickets from SI Tickets…here!

Want the latest news and inside information about the Patriots? Click here