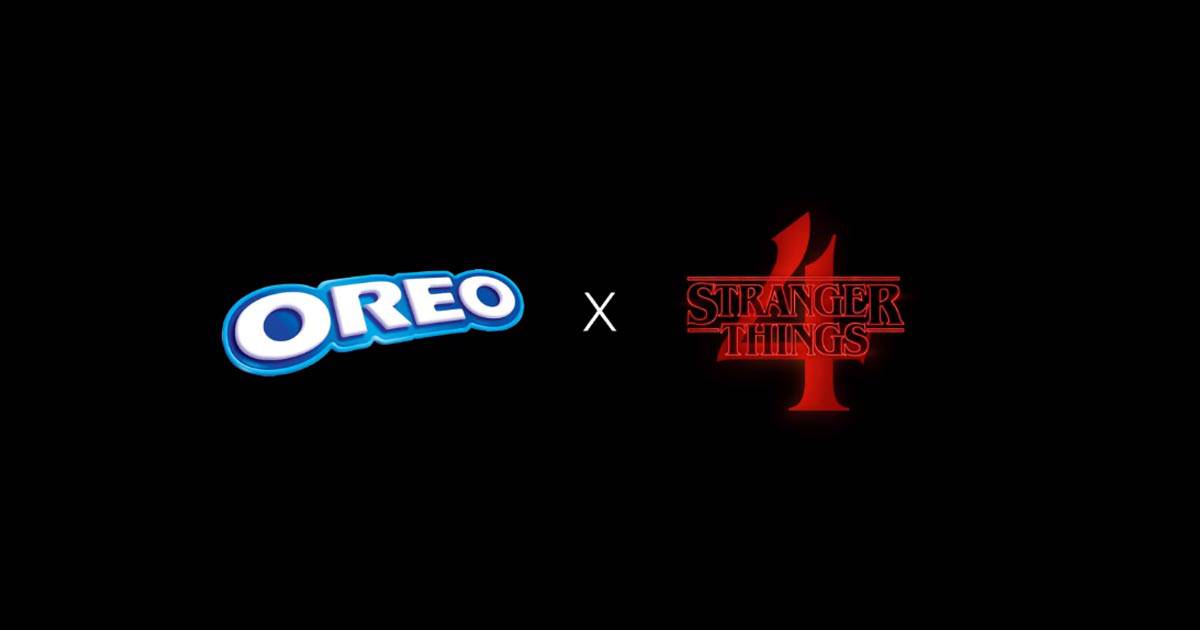 In one of the most unique collaborations of the year, the world’s #1 and India’s favorite cookie brand OREO and the world’s leading streaming entertainment service Netflix have come together to celebrate the fandom surrounding the upcoming season of the global phenomenon Stranger Things in India. Ahead of the premiere of Part 1 of Season 4 on May 27th, OREO has unveiled its limited edition flavor OREO Red Velvet for Indian consumers.

Over the past decade, the crunchy biscuit has found its sweet spot in consumers’ lives through its distinct playful moments. This latest innovation reinforces the brand’s promise to up its game in the premium cookie category while deepening consumer love. The launch also marks an iconic moment in the brand’s history – for the first time in a decade, the timeless black Oreo cookie turns red in India. Conceived by creative agency Leo Burnett, the campaign is a character nod to the Upside Down world, an alternate dimension and home to many creatures (including the Demogorgon) in the globally popular Netflix series Stranger Things.

Fans got their first hint of this fun collaboration when OREO responded to Netflix social posts titled #ThingsAreGettingStrange with an intriguing digital movie signaling #ThingsAreGettingStranger. On a seemingly normal day at the OREO Factory, we see a rift (flipping portal) open in the center of the compound, sucking in stacked crates of the classic black OREOs. As the camera continues to roll, the rift ejects OREOs, which are now red instead of their original color. With its found-footage format, the film interestingly blends elements of both brands to blend fiction with known reality. The campaign, with its unprecedented storytelling and engaging conversations, is already gaining traction with fans across platforms.

Shilpa Singh, Director-Marketing Partnerships, Netflix India, said of the collaboration, “We are thrilled to celebrate Stranger Things’ epic fan base with OREO. Stranger Things is a global phenomenon. Its nostalgic and sci-fi themes have entertained fans of all ages, and what better way to celebrate the new season by collaborating with a popular brand like OREO. We hope fans enjoy the world of Stranger Things with The Upside Down’s Red OREOS!”

Leo Burnett, CEO and Chief Creative Officer – South Asia, Rajdeepak Das, commented on the concept: “It’s an amazing opportunity to bring two iconic brands together – Netflix and Oreo. For the first time, these powerful brands come together to create a magical experience for audiences — coloring the Oreo cookie red under the influence of Stranger Things.”

With many more exciting elements waiting to be revealed as part of the 360 ​​degree rollout, the campaign has proven to be the perfect wedge between the real world and the world brought to life by OREO Red Velvet.

Priced at Rs 20 & Rs 40, OREO Red Velvet will be available through all retail channels.

Mondelez India Foods Private Limited (formerly Cadbury India Ltd.) has had a presence in India for over 70 years. The company introduced Cadbury Dairy Milk and Bournvita to India in 1948 and has been a national leader in the chocolate category ever since. As part of Mondelēz International, the company is active in India in the categories of chocolate, beverages, biscuits and confectionery with the brands Cadbury Dairy Milk, Cadbury Dairy Milk Silk, Cadbury Celebrations, Cadbury Bournville, Cadbury 5Star, Cadbury Perk, Cadbury Fuse, Cadbury Gems and Cadbury operates Bournvita, Cadbury Spready, Tang, Cadbury Oreo, Bournvita Biscuits, Bournvita Fills, Cadbury Chocobakes, Halls and Cadbury Choclairs Gold etc. The company is headquartered in Mumbai and has sales offices in New Delhi, Mumbai, Kolkata and Chennai as well Manufacturing facilities in Maharashtra, Madhya Pradesh, Himachal Pradesh and Andhra Pradesh in addition to a global technical R&D center and global business center in Maharashtra and a vast distribution network across the country.

Must read: Kapil Sharma Show judge Archana Puran Singh reveals discouraging comments from her co-star about her comedy skills: ‘For a long time I couldn’t…’