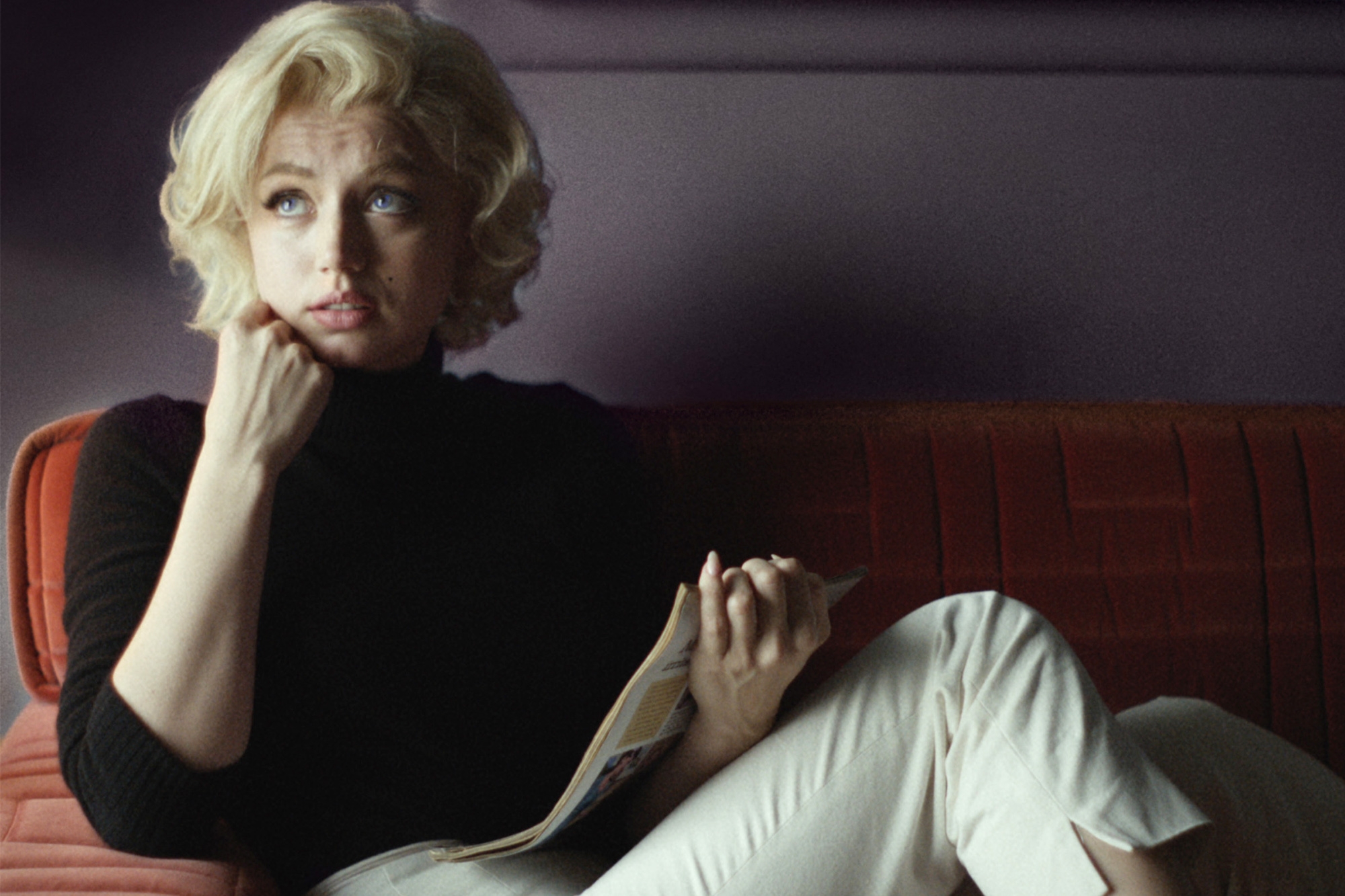 Blond
Movie
Based on the 2000 novel by Joyce Carol Oates, Ana de Armas stars in Netflix’s NC-17 rated fictional version of the life and love of tragic film icon Marilyn Monroe. “I really think she was very close to us. She was with us,” de Armas said after the film’s premiere earlier this month. “I think she was happy. She also sometimes threw things off the wall and got angry when she didn’t like something. This may sound very mystical, but it is true. We all felt it.”
When: Wednesday on Netflix

From our newsroom to your midday inbox, the latest headlines, stories, opinions and photos from the Toronto Sun.

The next issue of Your Midday Sun will be in your inbox shortly.

9-1-1
New episode
The 118 rush to the rescue when a building at a “Happiness Convention” collapses, trapping attendees under debris.
When: Monday on Fox, Global

NCIS
New episode
Special Agent McGee’s (Sean Murray) personal and professional life intersect when a father at his children’s school is linked to a burglary at a government storage bunker.
When: Monday on CBS, Global

NCIS: Hawaii
New episode
After the body of a Marine sergeant is discovered in a junkyard, the NCIS team’s investigation takes them deep into the world of illegal street racing.
When: Monday on CBS, Global

The beginner
Season 5 Premiere
Officer Nolan (Nathan Fillion) once again faces serial killer Rosalind (Annie Wersching), who comes back to tell him she’s not done with him yet.
When: Sunday on ABC, CTV

The Beginner: Federal Agencies
debut
The split from The beginner follows Simone Clark (Niecy Nash), who becomes the oldest trainee to ever attend the FBI Academy.
When: Tuesday on ABC, CTV

So help me Todd
debut
A highly successful attorney (Marcia Gay Harden) offers her private investigator son (Skyler Astin) a job as an inside investigator for her law firm.
When: Thursday on CBS, Global

Bobby’s triple threat
debut
An extraordinarily talented and avid chef is challenged to compete against the trio of culinary titans hand-picked by Bobby Flay to take home $25,000.
When: Friday on Food Network

The biggest beer run of all time
Movie
To support his buddies serving in Vietnam, Chickie Donohue (Zac Efron) decides to do something outrageous: travel alone to the front lines to bring the soldiers a can of beer.
When: Friday on Apple TV+

Hocus pocus 2
Movie
In the sequel to the 1993 Halloween cult classic, three high school students must work together to stop the Sanderson sisters (Bette Midler, Sarah Jessica Parker and Kathy Najimy) from wreaking havoc on the world.
When: Friday on Disney+

ghosts
Season 2 Premiere
Sam (Rose McIver) asks the Ghosts for a good review from an overly critical couple who are staying at the B&B.
When: Thursday on CBS, Global

Celebrity Danger!
debut
Celebrity contestants compete for a chance to win money and donate it to a charity of their choice. “It’s the OG Jeopardy with celebrities,” says host Mayim Bialik. “Let’s hope they read more than just scripts.”
When: Sunday on ABC, CTV

New Amsterdam
New episode
Max (Ryan Eggold) tests a new cost-saving program that could help both New Amsterdam and its most needy patients.
When: Tuesday on NBC, Global

The capture
season 2
As unseen assassins stalk London, DCI Rachel Carey (Holliday Grainger) finds herself in the middle of a new conspiracy.
When: Friday on Prime Video

Eat the Rich: The GameStop Saga
documentations
Follow the group of millennial misfits who have teamed up online to save their beloved GameStop from the clutches of the fat Wall Street cats.
When: Wednesday on Netflix