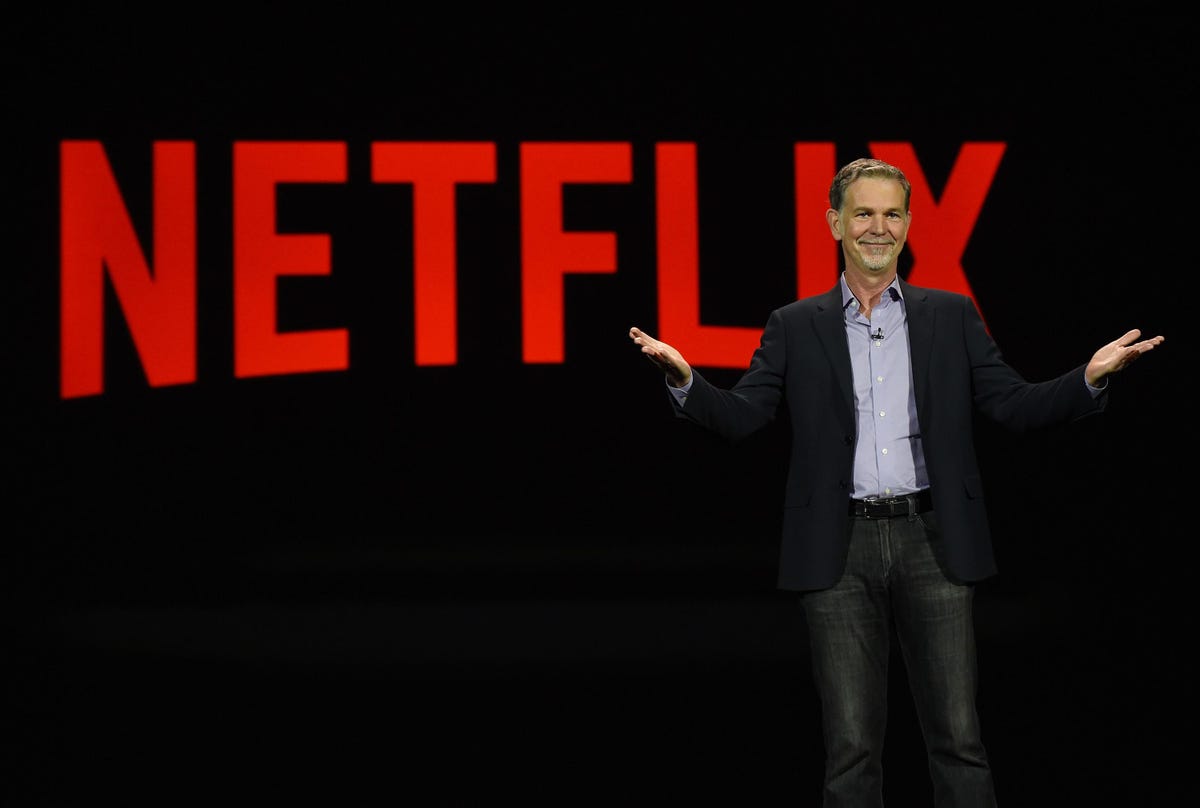 Netflix’s stock is down a staggering 71% year-to-date. The stock’s demise includes the loss of its FAANG status as the company’s market cap has fallen from $300 billion to $75 billion. This was partly due to the company losing subscribers for the first time since 2011, with a loss of 200,000 subscribers in its most recent quarter. The company also forecast a drop of 2 million paying subscribers in the second quarter.

The earnings report immediately caused the stock to lose 35% of its value. Bill Ackman sold his Netflix stock for a loss of $450 million in three months, with some goading him for his decision while others congratulating Pershing Capital for being brave and moving from a losing position.

In the meantime, our focus has been elsewhere. In our Netflix coverage following the earnings report, we had declared, “we can’t help but drool” about which advertising platform Netflix could choose to serve ads to hundreds of millions of viewers. This is primarily because we’ve kept debating why the CTV ads trend has plenty of runway, even during an epic market selloff.

The key point is this: the global media juggernaut essentially declares that CTV ads are the future of streaming.

Below, we discuss why a fresh perspective is needed, as last quarter’s 200,000 failures and this quarter’s 2 million failures pale in comparison to the 100 million viewers sharing passwords Netflix intends to monetize. In other words, I’d argue that the day Netflix’s stock price fell 35% was one of the most important days in the company’s history in terms of its chances of revenue growth and a renewed uptrend. Patience is required, however, as Netflix still has some work to do (at least a year or two for full global rollout). But the path to attracting more subscribers is finally clear for Netflix, and it will pay off in the long run, especially during times of inflation or dampened consumer confidence, as it lowers household expenses across fragmented subscriptions.

The company reported revenue of $7.9 billion, up 10%. Excluding FX headwinds, revenue growth was 14% for the quarter. The company expects 10% growth and $8.05 billion in revenue for the upcoming quarter. Net cash from operations increased to $923 million from $777 million.

Netflix has maintained a healthy operating margin above 20% for most quarters, beating EPS estimates at $3.53 compared to $3.75 EPS a year ago. The problem at Netflix, however, has been lumpy free cash flow since the company started producing original content Most of the company’s history has been deep in the red in terms of cash flow. The most recent quarter was positive at $802 million, yet the company still has gross debt of $14.6 billion and net debt of $8.6 billion on its balance sheet.

Netflix reported a loss of 200,000 subscribers, but excluding Russia the company had net additions of 500,000 as Russia contributed to a loss of 700,000. Regardless, it’s the upcoming quarter that is worrying the market as Netflix forecasts a loss of 2 million subscribers.

Netflix, in particular, has evolved into staggered releases of hits like Stranger Things, which could reduce churn and help renew subscriber strength.

We wrote an editorial for Forbes a year ago called The Crucial Difference between Netflix and Roku Stock. At the time, we pointed out: “We believe that first-party data for connected TV advertising is a significant trend in 2021 and an important difference from subscription video-on-demand (SVOD). […] Ad-video-on-demand (AVOD) has been around for around 10 years, as the trend started emerging when Roku launched its ad platform in late 2018/early 2019. Before that, there were AVOD players in the space, but the budgets were negligible. ”

“And one way to increase the price range is to advertise with low-end plans and get lower prices with advertising. And those who’ve followed Netflix know that I was anti-complexity of advertising and a big fan of the simplicity of subscriptions.

But as much as I’m a fan of that, I’m a bigger fan of consumer choice. And for consumers who want a lower price point and are ad-tolerant, allowing what they want makes a lot of sense. That’s something we’re looking at now. We’re trying to figure it out over the next year or two. But consider us quite open to offering even lower prices with advertising as a consumer choice.”

Though Reed Hastings said “in the next year or two,” The New York Times later reported that Netflix informed employees that an ad-supported tier could be rolled out by the end of 2022. There were also rumors that Netflix might buy Roku, even after hearing the news, we quickly refuted that idea on Twitter:

Netflix’s debt burden is one reason Netflix is ​​unlikely to buy Roku given the company’s current valuation of $12 billion. That would nearly double Netflix’s debt, or the company could dilute shareholders, which would weigh heavily on a stock that’s already down 70% year-to-date. Also, Netflix has its hands full as a content creator competing with Hollywood, as the appeal referenced: “We’ve been doing this for a decade. Well first of all that’s about 90 years less time than any of our competitors have ever done.”

Here’s how Netflix stock could hit a new high

Fundamentally, if Netflix manages the feat of hitting a new high, it must be correlated with the global adoption of ad-supported content. I expect the company will test an ad-supported tier in lower-return markets before launching it in the United States and Canada, where the company has an additional $30 million to monetize. Due to the testing required, the UCAN region is unlikely to see a rollout in 2022, but rather look for it in H2 2023.

On a technical level, Netflix is ​​the only other FAANG aside from Google that hasn’t hit a deeper bottom. There are always two paths a stock can take: down or up. The odds that a particular direction will be favored increase once a stock breaks certain price targets. The chart below shows the 5 wave move from the 2012 low.

What we want to see for Netflix to make a new high is a break above $405. At this point, chances are good for the stock that the bulls will regain control. After a stock hits new highs, it usually needs to be monitored again to make sure the price is holding. If so, we will revise our analysis, which will be published weekly in our free newsletter.

As we look at probabilities in the mood-driven tech sector, it’s also important to note that below $115 is what we call no man’s land where it can be particularly difficult to form a bottom. We call it “no man’s land” when a stock may be in freefall, and we avoid even the best fundamental stories in these zones.

The chart above shows rare bullish divergences on the chart which would suggest that $450 is more likely than a break of the $115 support. This pattern has only manifested twice since 2012, and both marked a near tipping point.

Netflix is ​​also trading at a 10-year low valuation record, setting the stock up for a sizeable recovery. In fact, the company hasn’t traded this cheaply in terms of PE ratio in over 10 years.

If you look at revenue growth, the company hasn’t traded this cheaply since 2012:

Despite the low rating, Netflix now has a way to monetize 50% more subscribers (100 million), including 30 million in the United States and Canada who are currently sharing passwords.

In particular, Netflix needs to reduce the cost of content while competing in a market with many big players. However, despite the nominal subscriber loss, Netflix has actually gained market share from 6% to 6.4%.

Ultimately, the market misinterpreted the situation as Netflix will monetize almost 50% more subscribers in the near future (1-2 years). ARPU from advertising probably won’t yield as much as subscription tiers, but premium CTV content averages $40 per user. We think Netflix could set a new record for ad-supported ARPU due to its premium content and captivating audience. Despite a clear path to record sales and active accounts, the stock trades at its lowest valuation in 10 years.

My company prefers to wait until we’re closer to launching the ad-supported tier before considering a position at Netflix. When we enter into positions, we provide our members with real-time trading alerts and publish detailed analysis to accompany the entries we make. Please consult your financial adviser about any stock trading you undertake.

Disclosure: Beth Kindig and the I/O Fund own interests in ROKU and do not intend to change their respective positions for the next 72 hours. The above article expresses the opinion of the author and the author has not received any compensation from any of the companies discussed.