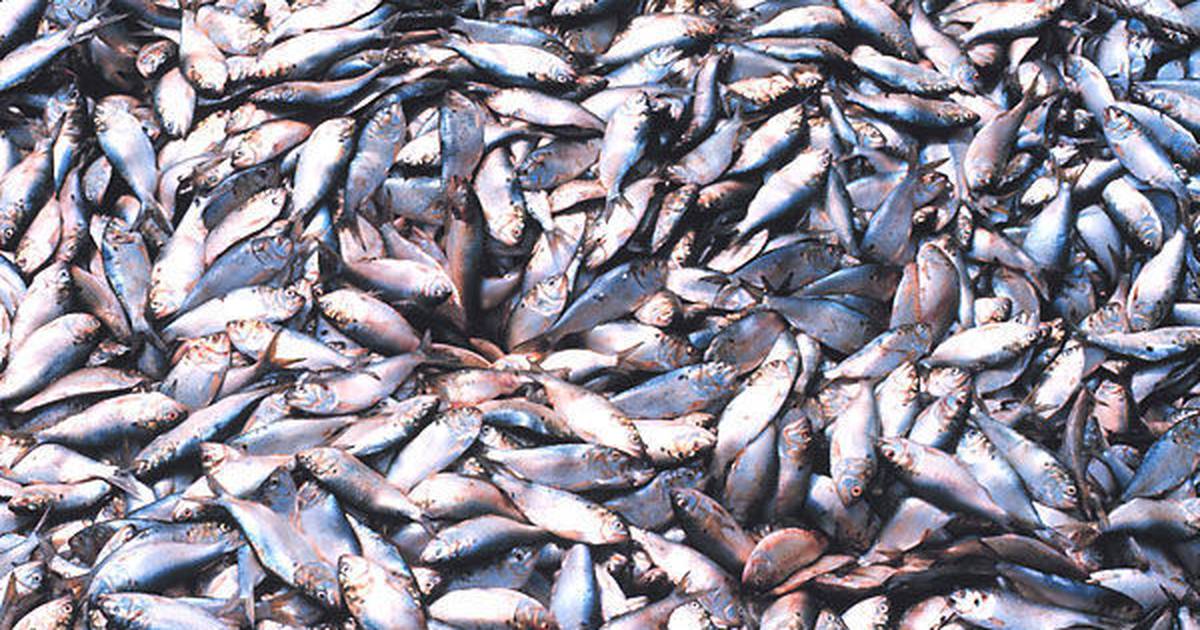 I would like to address Governor Glenn Youngkin and the Virginia Marine Resources Commission panel regarding the December 6th open forum regarding the removal of Menhaden in the Chesapeake Bay.

My family has owned property on the Chesapeake Bay for more than 50 years. This summer our beach was again the victim of another fishing disaster. For years we have seen airplanes locate these schools and large ships sweep in the catch.

I’ve read numerous accounts of what surrounding states need to do to help restore the Bay. The answer is quite simple: industrial, reduction or harvesting vessels must fish 3 miles off the coast of Virginia. This would allow the natural ecosystem to rebuild Virginia’s unique estuary.

There is no way I want to end the 100 year old practice and cut jobs, just relocate to where the menhaden are harvested. I believe this is a win-win situation and implore VMRC to stand firm and do the right thing. For those interested, the forum is December 6th at 9:00 am in Fort Monroe where voices and opinions can be exchanged.

On “legislators should follow medical guidelines on gender rules” (Other Views, Nov. 19): I agree with the four doctors who wrote the comment that legislators should follow medical guidelines on gender rules. It should be clear to everyone that doctors, psychologists, educators and parents – not politicians – should lead the way in formulating gender rules for our schools. But in addition to the well-being of transgender students, we must also take care of the well-being of straight students. One concern I have concerns children when a transgender student uses the bathroom of his or her opposite sex.

There are no easy answers to most concerns about transgender students, including what their parents should be told, what pronouns and proper names teachers are allowed to call them, and legal name changes. I don’t have the answers, but I don’t like leaving it to our lawmakers in Richmond.

Re “Catching on” (Your Views, Nov. 20): Former President Donald Trump didn’t take a salary; started Space Force; created the agreement between the United States, Mexico and Canada, which abolished the North American Free Trade Agreement; impose tariffs on cheaply imported steel and open up US steel; made NATO pay its fair share; and have exited the Paris Agreement and opened up our resources to move us closer to energy independence.

We had a gross domestic product of 2-3% and inflation below about 2.5%. Trump saved our farmers when China boycotted soybeans. He built the wall to keep drugs from coming in and killing our kids and had Mexican troops on our border help protect our border. He moved our embassy to Israel and got Arab countries to sign treaties with Israel. He did that alongside Operation Warp Speed. So I ask you, are we better off today than we used to be? All this without mentioning the mistakes of the current government. Thank you for the rising prices we are now facing and climate change plans.

The best opinion content of the week and the opportunity to participate in a weekly question on an issue affecting our region.

On “The Next Wave” (Your Views, Nov. 19): I’m afraid Herb Kline is under the delusion that the GOP can solve such problems as “high inflation, immigration, crime, lack of basic necessities” more easily than the Democrats. If so, we’ve yet to see their plans. Republicans seemed a lot more interested in pointing the finger and being great than anything else during the Midterms campaign. And now that House Republicans are taking power, they seem more inclined to conduct investigations and impeachments than to attend to the needs and concerns of their own constituents.

One point that is particularly dear to Kline is socialism. If he wants to see socialism in action, right here and now, he can always google what enormous freebies are constantly being heaped on big corporations (no matter what party sits in the White House), while the rest of us get relatively little. Ralph Nader drew attention to this “corporate welfare” decades ago, and not much has changed since then. Your tax dollars at work.

Finally, because Kline seems so concerned about the Democrats’ supposed “wiping out of civil society,” I would already suggest that he not elect either former President Donald Trump or Florida Gov. Ron DeSantis in 2024. Both candidates are autocratic, they encourage voter repression, and they like to bully those weaker than themselves. (Think of DeSantis’ “stunt flights” with migrants, for example.) Nothing about these traits is polite at all.

In the campaign for the recent election, Republicans at all levels have branded President Joe Biden, House Speaker Nancy Pelosi, and whoever was the next Democrat as the cause of inflation, high gas prices, border insecurity, and crime. Little to no solutions suggested, only attacks. Now that Republicans have their very narrow majority in the House of Representatives, what is their plan to address these issues? Investigate Hunter Biden, of course.