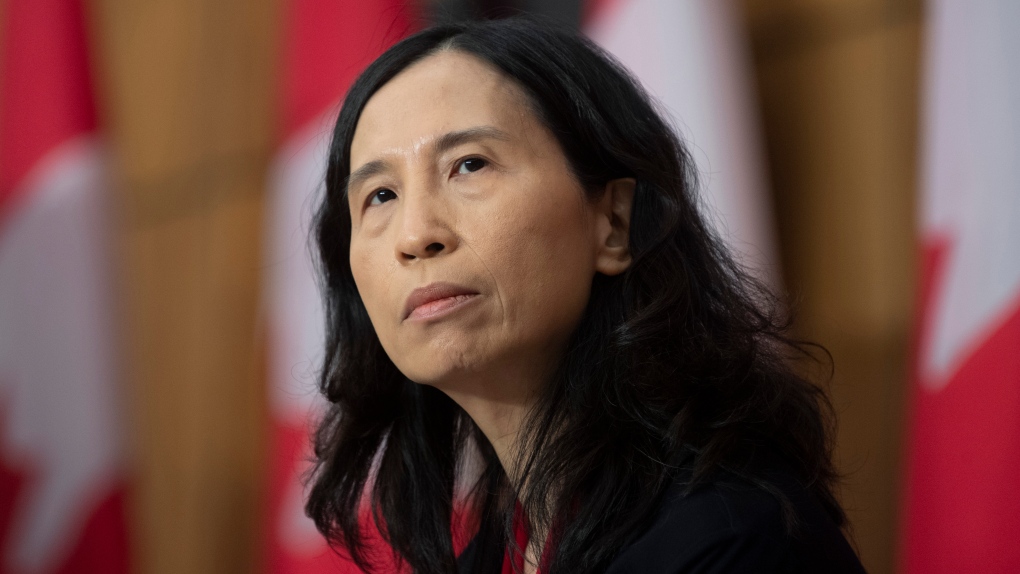 Canada’s Chief Public Health Officer Dr. Theresa Tam says the federal government is monitoring cases of monkeypox and its transmission chains after two cases were confirmed in that country.

The Quebec Department of Health announced Thursday night that there were two confirmed cases of monkeypox in the province, while 20 other suspected cases are still under investigation.

At a news conference on Friday, Tam said health officials are also tracking some possible contacts in British Columbia.

“As we speak, samples are being processed at the national microbiology laboratory, so we expect further confirmation in the coming hours and days,” Tam said.

She added that officials don’t yet know how far monkeypox has spread in Canada, but it’s “being actively investigated.”

“It’s an unusual situation,” she said.

An increasing number of countries including Canada, the US, Spain, Portugal and the UK are reporting unusual outbreaks of monkeypox. What makes these cases notable is that the disease is relatively rare and there are no clear links between some of the infections, raising concerns about community spread and undetected cases.

The World Health Organization says no source of infection has been confirmed for the outbreak.

First discovered in 1958, monkeypox is a rare disease caused by a virus that belongs to the same family as the one that causes smallpox. The disease was first found in monkey colonies used for research.

The disease has been reported primarily in central and west African countries, with the first case reported outside the continent in 2003 in the United States.

Due to the unexpected nature of the current outbreak, Tam said health authorities in Canada and abroad are reviewing whether there are any changes to what is known about the rare disease, including the incubation period and method of transmission.

“It’s unusual for the world to have so many cases being reported in different countries outside of Africa and … we will update people as soon as we get more information,” Tam said, adding that the current impact on Canada is unclear.

However, Tam said anyone who thinks they have or have had symptoms of monkeypox should seek advice from their doctor.

The virus is transmitted through contact with an infected animal, human, or contaminated material. Human-to-human transmission is thought to occur primarily through large respiratory droplets, which generally do not travel far and would require prolonged close contact. Transmission from an animal can occur through bites or scratches, contact with an animal’s blood or body fluids.

The symptoms of monkeypox are similar to those of smallpox but are generally milder. The first signs are fever, headache, muscle aches, back pain, chills and fatigue. A distinguishing feature specific to monkeypox is that infection also causes lymphadenopathy — the swelling of the lymph nodes.

The “pox” develops after the onset of fever and usually occurs one to three days later, sometimes longer. A rash usually starts on the face and spreads to other parts of the body, developing into distinct, raised bumps that then fill with fluid or pus.

However, Tam warned that milder cases could go undetected and there is concern there could be asymptomatic transmission in Canada.

“I think at the beginning of any outbreak, we should cast the net wide to try and understand the transmission routes,” Tam said. might have occurred for a few weeks, so we shouldn’t rule out new things that we might learn over a long period of time.”

The Deputy Chief Public Health Officer, Dr. Howard Njoo told reporters Friday that while the overall risk of monkeypox to the general public is small, it’s important to remember that everyone is susceptible.

“Some of the good practices we’ve all learned with COVID-19 actually serve us against a whole host of other diseases, including this one,” Njoo said.

He reminded Canadians to practice good hand hygiene, wear a mask if they feel sick or have a cough, and practice physical distancing.

Njoo added that health authorities will continue to monitor the outbreak and best prevent transmission and will provide updates as needed.

“We will continue to study and develop guidance to help healthcare providers and others on how to manage this disease as it continues to evolve,” he said.

Tam said there are discussions going on in Canada and abroad about smallpox vaccine review and its effectiveness in relation to monkeypox.

Earlier this month, the Public Health Agency of Canada placed an order 500,000 vials of the smallpox vaccine Imvamune, which also protects against monkeypox. However, these cans will not be delivered until April 2023.

Tam said Canada currently has a “limited supply” of that vaccine but couldn’t reveal the exact number due to “safety reasons.” Due to limited supply, the vaccines are not available to the general public and are reserved for those identified as being at high risk of exposure.


With files from The Canadian Press and Solarina Ho from CTVNews.ca