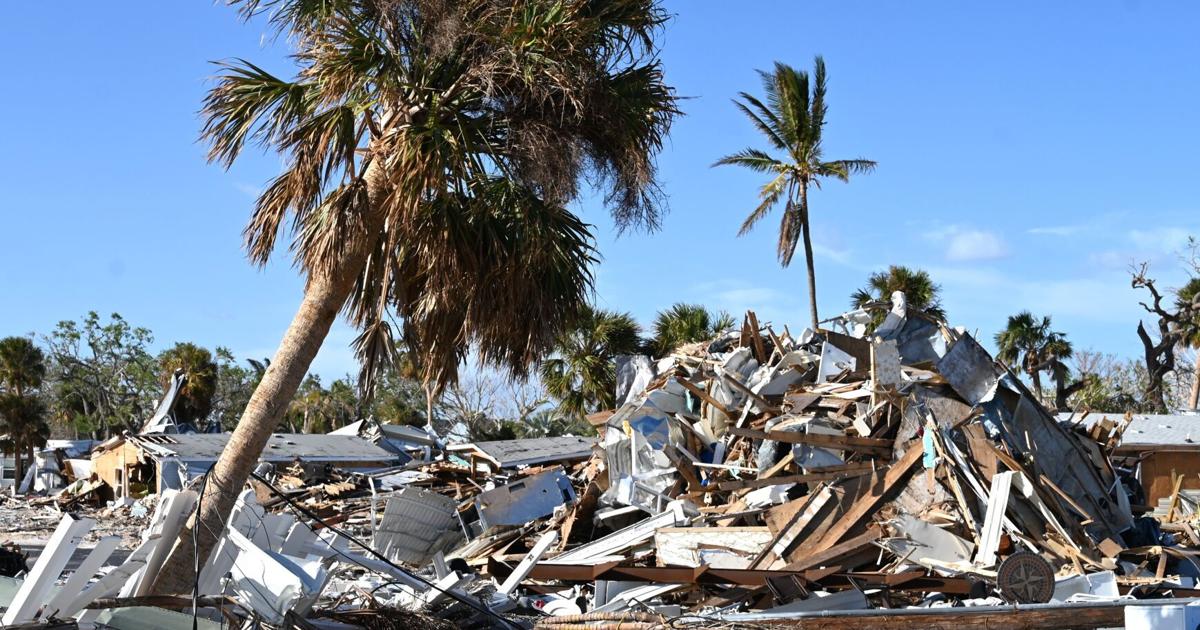 BILLY ROBINSON Special for The T&D

The Category 4 hurricane decimated parts of the Fort Myers area with winds of 155 mph and tidal waves. Its deadly destructive path swept across Florida as the deadliest hurricane to hit the state since the 1935 Labor Day hurricane.

The infrastructure was so chaotic and compromised that it took over a month for United Methodist Disaster Response to be able to receive and maintain out-of-state ERTs. Meanwhile, in South Carolina, we have responded to South Carolina’s 45 mph remnant from Hurricane Ian by conducting ERT responses from Charleston to Florence, with Charleston and McClellanville receiving most of the requested assistance.

From November 6-13, SC ERT Team Alpha deployed to the Fort Myers area staying with Faith UMC with 28 volunteers, three ERT disaster response trailers and two skid steer loaders. We brought flood buckets and a variety of supplies and donations for the survivors and the church.

We were directed to the worst-hit areas and focused our efforts primarily on the dirt – cleaning up flooded homes that were receiving up to 7 feet of salt water consistently. We also put tarps on the damaged roofs of three homes, did some chainsaw work and lots of skid steer work to move debris.

Huge piles of rubble still lay up and down most of the streets, containing the physical aspects of many homes and lives, including photographs and priceless treasures destroyed by water and mold.

Mold was a major problem and we took all necessary precautions for our personal safety and for the survivors who worked with us at multiple locations.

Category 1 Hurricane Nichole made landfall near Tampa on November 13, causing us to depart a day earlier than expected and drive through stormy weather.

One flooded home we worked on was Peter “Pete” Crumpacker’s home, three blocks from the ocean. His house had been exposed to 6-1/2 feet of salt water and nothing had been done about it since the hurricane. It was filled from floor to ceiling with all the family belongings plus furniture, appliances and mold

Pete kept flooding us with appreciation for our willingness to help in such a dirty and dangerous endeavor for which we gave God all the glory. He began to relate how his wife was so overcome with emotion and grief that she couldn’t even return home. She was very depressed and was having a hard time dealing with the whole disaster that literally almost took her and Pete their lives!

They had decided to weather the hurricane, which was almost a fatal mistake. Pete said that as the tide rose in the dark of the night, they began climbing on furniture and then countertops to stay out of the water. As the flood waters continued to rise, the fridge began to float and they eventually had to climb on it to survive.

Pete took a hatchet and hacked a hole in the attic so they could keep their heads above water. When he punched a hole in the roof, the water began to recede and her life was spared.

Pete had such a wonderful attitude towards him and was always smiling. We commented on his wonderful manner and he said, “I am so grateful to Jesus for sparing our lives and I know the rest is just material things. When life gives you a lemon, make lemonade.”

UNITED FOR A CAUSE: Volunteers build a ramp to bring the family together

Team leader Rev. Mike Evans tells of a man named Walter Graham that his team was sent to help. “Walter was flooded and in dire straits. A company had charged him $8,000 to remove the furniture from his home and did not include removing all the cabinets, paneling, sheetrock, insulation, etc. – Clean up, which we did.

Walter cried tears of joy when he found out our services were free. Walter spoke about how our ERTs gave him renewed hope in a seemingly hopeless situation. He kept thanking everyone and once again we gave all praise and glory to God who equips us, sustains us and is our Lord and Savior!” said Evans.

SC ERT Team Bravo responded November 13-18 with 17 volunteers, two ERT trailers and a skid steer loader. Her first stop was at Pete’s house to tear out about two bathrooms and then on to five other houses to muck/declutter, work skid steers and cover houses with tarps.

Team leader Chuck Marshall said the people here are so devastated and in a depressed state. We are so thankful for bringing the light of Jesus into their dark areas and bringing them God’s hope and love. Our teams work so hard and diligently and I am so proud of them.”

Team leader Rev Stephen Turner said: “Just because it’s not still in mainstream news doesn’t mean everything is back to normal – far from it – for years to come! We need to keep praying and supporting people until that happens.”

We were blessed with three new heavy-duty ERT trailers and additional ERT equipment last year from generous donations from around our conference, making this long-distance mission possible as we deployed all three new trailers. We are still in the process of purchasing some needed materials and would welcome further donations to be sent to the conference office and displayed on UMVIM ERT.