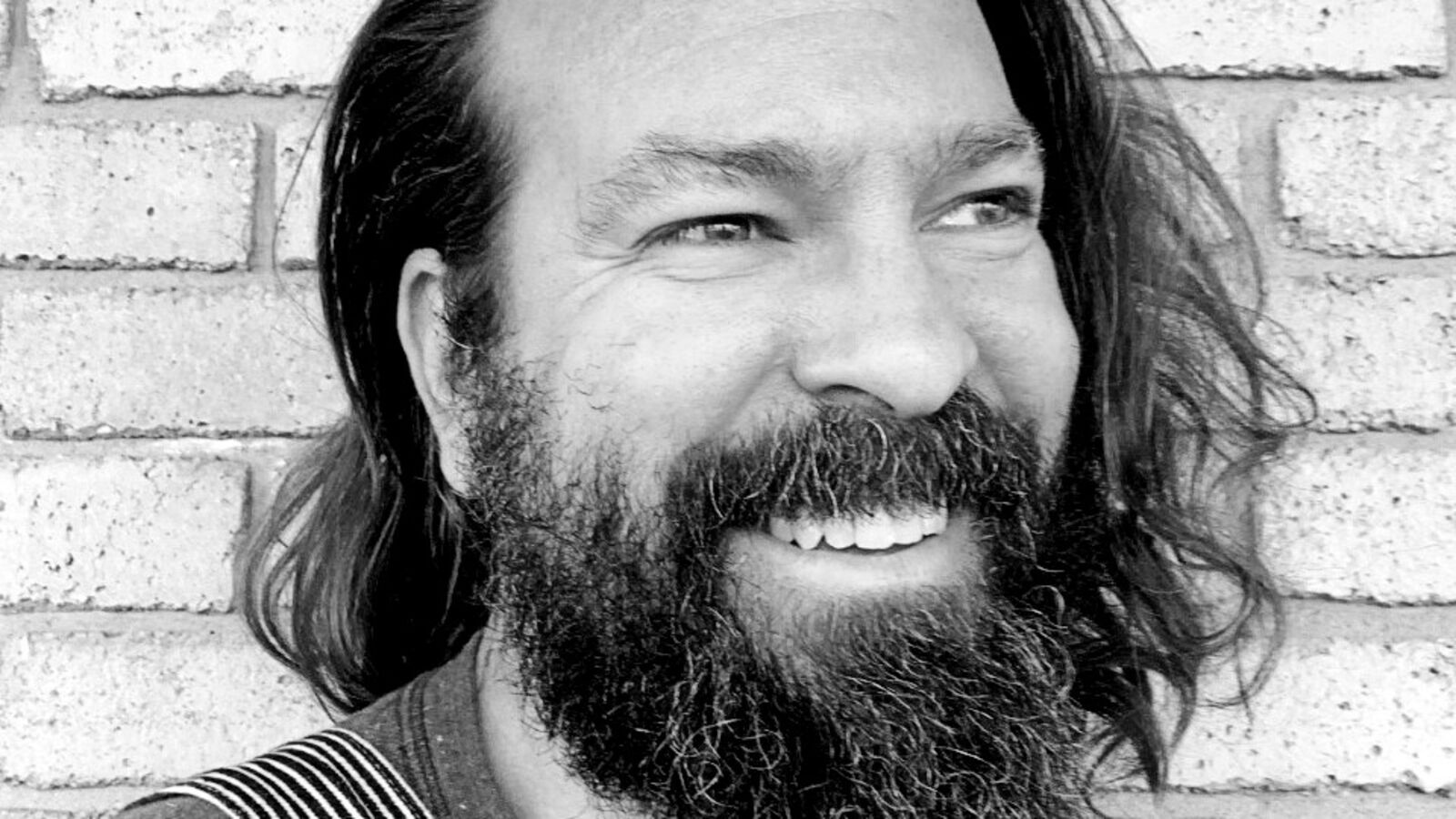 Last week I caught up with Caleb Kraft from The Controller Project. It has to be said that Kraft is quite an apt surname for Caleb as he is a Kraft by name and he is certainly a craftsman by nature.

Kraft’s charity, The Controller Project, creates free downloadable blueprints to modify established controllers like the PlayStation 5’s DualSense or the Nintendo Switch’s Joy Cons for gamers with disabilities or different limbs. In addition, it also uses 3D printing to make these mods and send them to those who need them. Talk about nominative determinism.

The Controller project started ten years ago with a little boy named Thomas.

“I first heard about Thomas from my wife, who is a teacher,” Kraft tells me. “He has muscular dystrophy and it affected his ability to play Minecraft – something he loved.”

At this point, Kraft was trying to generate interest in a website called Hackaday, which focused primarily on electronic projects. Kraft saw Thomas’ story as a good opportunity to attract some traffic. He tinkered and built as a hobby anyway, so if he could make this boy a custom controller it would be an easy way to draw some eyes to the site.

“Now I know that’s an incredibly insensitive and horrible thing,” Kraft admits, “but at the time I was just like, ‘Hey, you know, it’s heart-tugging, it’s a good project and it’s helping us get there out there – I’ll make a video of it’.”

However, when Kraft visited Thomas at his home, his attitude changed. “I saw the reality of the situation [and] it really impressed me,” recalls Kraft. “I felt a great need to help in any way I could.”

After visiting Thomas, Kraft began making his first custom controller, and he’s been doing it ever since.

“I think Thomas is a successful failure,” says Kraft with a smile, noting that his first try with a modified controller certainly wasn’t his best. “I don’t think I really helped Thomas… but I did [the experience] launched the entire core concept of what the controller project is and what was needed.”

“Usually the accessories or custom stuff is that [people] are prohibitively expensive and are in no way covered by things like insurance,” Kraft continues [and] spend most of their money on other aspects of their disability.

“They don’t have the money to spend thousands on a custom input device to play games, even though it could be psychologically impactful.”

In the ten years since its inception, The Controller Project has recruited over 100 volunteers around the world who use their time and skills to develop new customizations and, when needed, print out the necessary parts needed to modify a controller.

For those who already have access to a 3D printer, there is a whole catalog of these mod designs available for download through The Controller Project, many of which actually offer very small adjustments that only slightly tweak a controller. I’m talking about simple modifications that might be easy to overlook, like a clip on the mount to extend a controller’s bumper triggers. However, even the smallest adjustments can make a huge difference in a player’s experience.

Kraft says it’s these types of designs where the small tweaks help make gameplay more comfortable for users who have the most user demand.

“Even I get pain when I hold a controller for too long because my hands are big and the controller is small,” says Kraft. “Just simple things like a bigger grip that fits my hands better would make me better able to play games as a non-disabled person.”

The most basic (but by no means the least important) designs in The Controller Project’s library are simple stands that hold a controller at a specific height and location for the user. This can be on the back of a chair or even over a player’s leg.

Then, at the other end of the scale, there are the mods, which completely remap a controller. Kraft draws my attention to a design by engineer Akaki Kuumeri.

Kuumeri has developed a modification kit that allows a controller to be operated with one hand. It attaches to a player’s leg, with movement of their leg then being used to control the thumbstick. Thanks to an extension that snaps on top, this kit allows access to all buttons on one side of the controller. Kraft tells me this is one of The Controller Project’s most requested kits.

In addition to Kraft, I spoke to Nate Passwaters, a client of The Controller Project.

Passwaters can only use his left hand and has previously played games with a modified PlayStation 4 controller. However, when he decided it was time to upgrade to a PS5, his previous modder couldn’t provide him with the right kit for DualSense. In search of a new controller, Passwaters went to the disabled gamer subreddit, where he came across Kraft and The Controller Project.

“[Kraft] I wrote down my address and received the adapters a few weeks later,” Passwaters tells me before expressing how much the adapters helped him.

Thanks to his new controller mods, Passwaters says he can basically “play anything except FPS and games that have really difficult/complex keybindings”.

Tyler Sandefur, on the other hand, is an occupational therapist who contacted Kraft after one of their clients shared their love of play with them. A few years ago, Sandefur’s client suffered a spinal cord injury that left him paralyzed, meaning he can no longer use his previous gaming setup.

“[My client] has the ability to turn his head up/down/left/right and has some use of his shoulder and elbow, but no use of his hand or fingers,” says Sandefur.

“We [started] search online for various customized technologies that can be used for games. My customer [told] He used to use a goalpost mounted joystick to move a power chair [and] I immediately knew we could use an adaptive joystick to allow him to use the controller for games.”

After working with UK company OneSwitch, Tyler and his client were referred to The Controller Project. When they told Caleb what they wanted to do, Caleb “immediately jumped on board” to help. Caleb made three 3D printed joysticks (two for a regular controller and one for an Xbox Adaptive Controller) for Tyler’s customers, which he sent to them free of charge.

“Now, thanks to Caleb, my customer can control a mouse pointer on their gaming laptop,” says Sandefur. In addition to these controllers, Sandefur’s customer also uses head-tracking software that allows them to use head movements for keyboard control.

“We still have a long way to go but I plan on setting up a custom configuration with the Xbox Adaptive Controller so my customer can reach every button they need so they can play any game they want on an Elite.” -/competition level,” says Sandefur. “This is just the beginning.”

It is evident that The Controller Project’s work is of tremendous importance to the gaming community. However, despite his obvious passion for what he does, Kraft’s charity is limited by time constraints and limited financial resources.

“A big raid is the time, both time for me to 3D print these things [some modifications can take up to eight hours to print] and send, or time to manage volunteers. I have volunteers all over the world. But emailing back and forth with those volunteers and trying to maintain the quality and stuff takes time. And again, with my full-time job and family, I don’t have enough time to increase that,” says Kraft.

This immediately raises the question of why volunteers are essential to serve such a broad market in the gambling industry. Surely companies like Sony, Microsoft and Nintendo should do more. As much as Kraft tells me he’d love to help more people, he thinks it would be “nice” if the Controller project wasn’t “even necessary.”

Kraft believes that many of the big companies simply see “no demand” for these modifications, and “they don’t yet understand that the demand – it’s growing!”

“There’s a lot of demand for these features, even for people who don’t identify as disabled,” says Kraft.

“[People want] Features that make it easier or more enjoyable to use,” he explains, recalling a previous survey that found only a small percentage of users would actually choose to manually turn off subtitles on TV shows if they were left on by default suspects this translates into hardware more than many might realize.

“I know it’s not scientific, but if you just ask your friends and say, ‘Does your hand hurt after playing for a while? Does your thumb ever get sore when you press the buttons? Keys have been moved a bit?’ Your friends would probably say, ‘Yeah, that would be great,’ even if they don’t identify as disabled.”

Kraft says he’d love to see a big company like Microsoft take what he’s doing with The Controller Project to “the next level of organization.”

“I think it would be incredible to see an online configurator where you could choose from a group of parts and put together a 3D printed kit for your controller that does what you need it to do and then print it and put it on.” Being able to have them shipped,” he shares, saying he believes something like this would be “extremely powerful” for consumers in general.

“Again, I suspect there’s a lot of demand for little modifications, little things like lengthening the triggers so you can reach them from a different angle or whatever,” he elaborates. “These are things that these companies could make very easily, then you could have an online configurator for everything.”

My time learning about the Controller project was eye opening and I am so grateful to those who took the time to share their stories with me. If you’re interested in learning more about Kraft’s work and The Controller Project, you can find out more about the charity’s website here.